Afghanistan: As America Moves Out, the Taliban Moves In 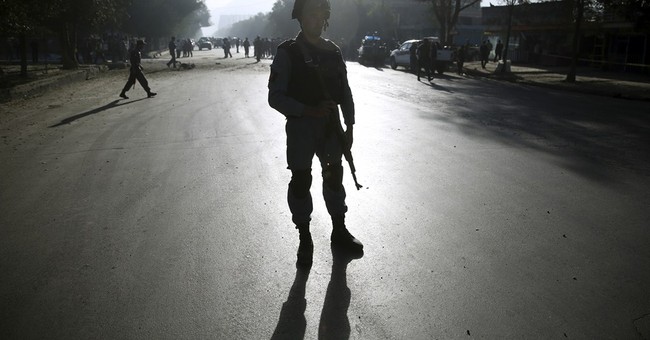 Japan-North Korea: A high-level Japanese delegation arrived in Pyongyang today for discussions about the fate of Japanese nationals whom the North Korean intelligence service kidnapped in the 1970s and 1980s. The Japanese delegation is led by Junichi Ihara, who heads the Foreign Ministry's Asian and Oceanian Affairs Bureau. He had talks with So Tae Ha, Vice Minister of State Security.

So Tae Ha chairs the special investigation committee set up by the North in July to reopen the investigation into the fate of missing Japanese nationals, including those abducted by North Korean agents.

Japanese officials want an update on the special committee's investigation. They will explain that Japan's government places its top priority on resolving the abductions issue.

Background: North Korea admitted abducting 13 Japanese nationals. In 2002, it returned five of them to Japan, but the North said the others died. Japan doubts they are dead, but wants an accounting of them and possibly others, whom Japan claims were kidnapped by North Korean agents.

Comment: North Korea needs Japan to ease, if not lift, its economic sanctions. It needs access to Japan for trade and travel. Thus Japan has leverage and North Korea has incentives to cooperate in resolving the abductee issue.

Comment: The mention of Britain's fourth invasion of Afghanistan refers to the three prior times that British combat forces fought in Afghanistan in the past two centuries.

Various media reported significant Taliban attacks in multiple provinces in the past three days. In some provinces, the Taliban appear to be trying to make substantial gains before winter sets in. In others, they are probing and testing the strength and reaction time of Afghan forces.

Iraq-Turkey-Syria: The BBC reported that 150 Iraqi Kurdish peshmerga militiamen are enroute Syria to help defend Kobani. They are reported to be traveling with "heavy weapons." A convoy of up to 60 trucks, buses and other vehicles left Irbil today for Kobani, Syria, via Turkey.

Comment: The Syrian Kurds still control the border crossing from Kobani to Turkey, which will enable the Iraqi Kurds to join the fight. The small size of the Iraqi contingent suggests it is a test case. If this effort has no negative repercussions, Turkey might approve additional, limited support initiatives. In any event, it is an important symbol of Kurdish solidarity at a time when the Iraqi Kurds cannot afford to weaken their forces fighting the Islamic State of Iraq and the Levant.

Egypt-Gaza Strip: Egypt plans to create a 500m buffer zone along the 13km border with the Gaza Strip to block weapons smuggling.

Authorities told residents living along the border to evacuate their homes so that they can be demolished. Water-filled trenches or a canal will be dug to prevent tunnel construction.

Comment: This is a direct and immediate response to last week's attacks that killed 31 Egyptian soldiers. The government judges that the Hamas government in Gaza aided the Islamic militants in Sinai in making the attack and is determined to prevent a recurrence.

The measures President al-Sisi has ordered are by far more effective and serious than any previous efforts to control smuggling. The army casualties last week appear to have pushed Egyptian tolerance to the limit. On its surface, the bulldozing operation resembles Israeli tactics.

The new initiative will have both security and economic impacts. It will disrupt gunrunning and put many Palestinian tunnel diggers, the supply chain, the supporting companies and arms smugglers out of business, assuming Egypt is serious about implementation. The effects on employment might be greater than the impact on security.