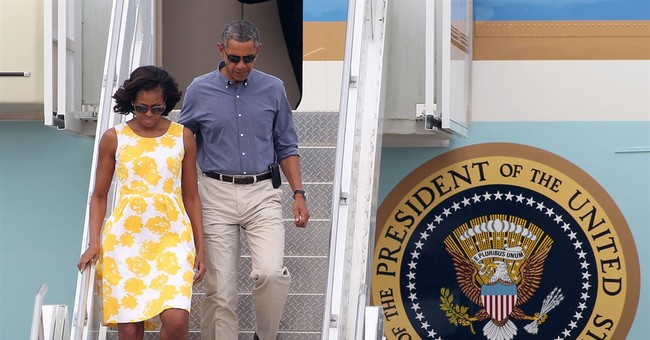 While you have never met a fan of the WNBA, the women’s professional basketball league, leading sports media outlets continue to bombard us with scores, highlights and even live games.

So it is, too, with global warming, which after 10 to 15 years of not-so-much warming is now referred to as “climate change.” After nearly two decades of media consensus, it is impossible to find a regular American not part of the Global-Warming-Industrial-Political-Complex who is all spun up over the environmental calamities foretold.

More than any other reason, the WNBA falters because it's a winter sport played in the summer. In the summer we do not want to be cooped up in a sweaty sports arena, nor do we want to watch it on TV. We want outdoors and fresh air, and they keep trying to change the subject.

In the same way, as Americans living outside the Beltway demand action to free up the economy and break our dependence on Middle Eastern oil — and all that comes with it — President Barack Obama is trying to change the subject through his Obama for America organization, renamed Organizing for America. The subject changer will be “Action August,” a production of the OFA cadre manifesting Aug. 13 with rallies, full-court coverage in the media and in its volunteer-created “blizzards.”

As a son of central Massachusetts, I know that blizzards mean snow days out of school, hours of shoveling out the driveway, walks and stairs and missing paper boys.

According the OFA training manual, blizzarding is the strategic use of flyers and postcards, especially during "Action August" when lawmakers are home for the August recess. The manual advises: “You can blizzard by yourself, or with a group of friends or local supporters that you help recruit.”

Lost in the blizzard are the facts about the job-killing Obama environmental agenda.

The centerpiece of the agenda is Obama’s war on coal-fired electricity. Suppressing coal drives up fuel prices as demand slides to other sources. This is not only true for residential living, but most importantly, it increases the economic burden on whatever is left of our industrial base, at a time when our Asian competitors are enjoying cheap coal as we had for the last 150 years. The Keystone XL pipeline is too easy an answer, but somehow the President only wants jobs he creates with money borrowed from China, and the 20,000 jobs from KXL mean nothing to him.

Here Obama is playing the corrupt referee -- calling phantom penalties on coal and crude oil, while giving out to his natural gas and solar, wind and battery cronies free throws.

Just as the WNBA is a sport and league nobody asked for, the time, space and energy wasted on global warming remedies take us further from the adult conversation necessary for reviving our economy.

After five years of economic malaise, the President should reach out to conservatives to fashion policies that free up our markets. There is no government program to produce sustained job growth compared to the next Microsoft or Federal Express.

Instead, Obama has us bracing for OFA blizzards instead of jobs and a recovering economy.