Professionally, Morton Blackwell is the president of the Leadership Institute, a non-partisan educational foundation he founded in 1979.

His institute prepares conservatives for success in politics, government and the news media. Over the years the Leadership Institute has trained more than 56,000 students. It currently has revenue of $12.7 million per year and a staff of 58.

He served on the Louisiana Republican state central committee for eight years.

Having worked actively in politics for more than forty years, he has probably trained more political activists than any other conservative. Starting in the 1960s, he has trained thousands of people who have served on staff for conservative and Republican candidates in every state.

In 1980, he organized and oversaw the national youth effort for Ronald Reagan.

He served as Special Assistant to the President on President Reagan’s White House Staff 1981-1984.

Mr. Blackwell is something of a specialist in matters relating to the rules of the Republican Party. He served on rules committees of the state Republican parties in Louisiana and in Virginia. He serves now on the RNC’s Standing Committee on Rules and has attended every meeting of the Republican National Conventions’ Rules Committees since 1972.

Mr. Blackwell’s writings have been published in the Wall Street Journal, The Washington Post, The Washington Times, Human Events, and the Harvard Journal of Law and Public Policy. He has also appeared on major radio and television network news programs, including Fox News and CNN’s Crossfire. 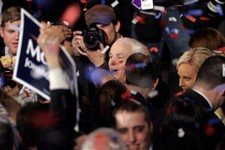