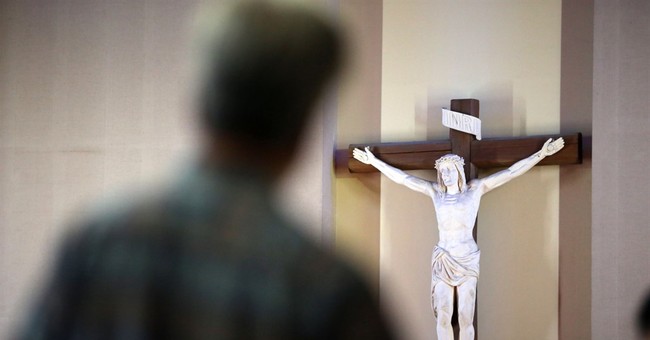 Recently, an angry LGBT activist (please pardon the redundancy) told me “not all Christians are alike.” He was in the middle of a failed attempt to argue that some “Christians” can actually find Biblical support for homosexuality. So he was dead wrong on the specific point he was trying to make. But like a blind squirrel occasionally finding a nut he did accidentally stumble upon a fundamental truth. Indeed, not all Christians are alike. In fact, there are three distinct categories of Christians in 21st Century America.

Of course, the aforementioned LGBT activist was not talking about any of these three categories of Christians. He was talking about a fourth category – one that calls himself a Christian but is not actually Christian. In fact, he is actively subverting Christianity. These people will be the subject of the next installment. For the time being, I will stick to a description of the three categories of actual Christians:

1. The Courageous Christian. The best example I can think of is Paul Blair, pastor of Fairview Baptist in Edmond, Oklahoma. This former Oklahoma State University All-American and Chicago Bears tackle is as fearless as he is articulate. He preaches the undiluted word from the pulpit every Sunday. He also brings worldview training into his congregation by hosting outside speakers. During the week he often appears on radio shows where his passion and command of the issues is broadcast to the larger community. Paul has no fear of tackling (sorry) political issues such as abortion and so-called same-sex marriage. If one-tenth of the pastors in America were like Paul Blair this would be a different country. Indeed, it would be a far better country than it has been in many decades.

2. The Clueless Christian. I don’t need to provide a specific example for this category. We’ve all seen him before. He’s struggling in his job or in his marriage or with his kids. So he finds a church where the pastor promises he will help him find himself – despite the fact that Jesus specifically told him he needed to lose himself. Of course, the pastor accommodates him by throwing out the Bible and teaching self-help seminars from the pulpit. He even writes a book telling him how he can have his best life now – as opposed to having his best life in eternity.

Naturally, the clueless Christian is too self-absorbed to recognize the dangers of cultural trends like the devaluation of marriage. Of course, you can forget about asking him to take the time to learn how to defend the unborn. He doesn’t even know abortion is wrong because he’s never taken the time to consider the central issue in the debate, which is whether the unborn child is one of the neighbors Jesus told us to love in the New Testament.

The clueless Christian is one reason why we are in the mess we are in today. But he’s not the biggest problem facing the Christian community.

3. The Cowardly Christian. This is a rapidly increasing segment of the Christian community. He’s the guy who has always known abortion was wrong and that homosexuality was harmful – not just to the people engaged in it but also to the larger society. He knows the so-called gay rights movement is really a gay wrongs movement meant to strip people of basic civil liberties including the freedom to express their religious views.

The cowardly Christian is often a member of a politically corrupted denomination such as the United Methodist Church. He still goes to the church because that’s where he was raised and that’s where he raised his kids. But over the years cognitive dissonance has started to set in. He knows his church has wound up on the wrong side of eternity by trying to be on the “right side of history.” Yet he keeps that knowledge to himself.

More than anything, the cowardly Christian seeks to retain the good favor of his friends in the church rather than his Savior. He knows he needs to speak out about the wrong positions he sees his church taking. But he fears criticism and he fears disruption from his routine. It would be hard to take the criticism for speaking out. It would be hard to uproot his kids from the church they’ve come to know as a second home. His church experience is not a spiritual thing. It’s a social thing.

And forget about him speaking up at work. The man who fears criticism is simply a man of weak faith. He actually thinks that if he takes a stand for God during the week that God will punish him by letting him lose his livelihood.

As weak as he is, the cowardly Christian is still technically a Christian. The same cannot be said of the man who claims to be a Christian and actively works to subvert the truth in an effort to please his fellow man. You may have seen him on the television or at the university working for a major campus ministry.

Regardless, that fourth category of “Christian” deserves a column of his own.