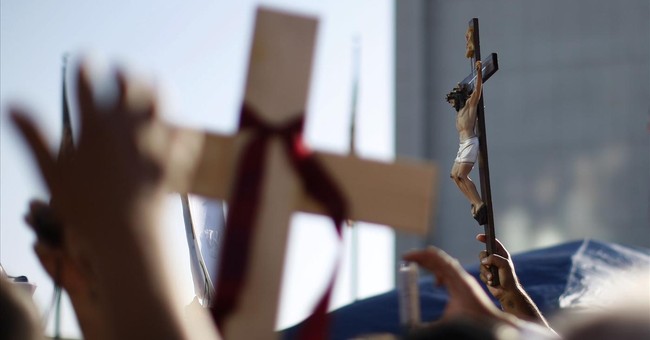 Having just returned from a three-country Middle Eastern speaking tour, I cannot help but reflect on how much more complex the situation in the Middle East has become.

On the one hand, there is a powder keg ready to explode in countries like Lebanon and Egypt. On the other hand, more people than ever have become disenchanted with Islam’s dark ideology. Some are turning to atheism and agnosticism, but I am thankful there are many more who are seeking the Truth of the Christian faith.

Four years ago, I was privileged to create a satellite television station, The KINGDOM SAT, to broadcast into the Arab world and Europe 24/7. Since its creation, the viewing audience has grown from a few hundred thousand to the millions.

Many have explained to me how The KINGDOM SAT is helping them investigate the claims of Christ in a calm and rational manner. It is a stark contrast against the screaming and harrowing accusations they receive from their religious channels.

Respected leaders from all walks of life have explained how, for the first time, Muslims are becoming aware that the immorality they see in Western media and Hollywood films are not a by-product of Christianity—something many of their religious leaders have told them for years.

One young man said he believed Islamist preachers when they told him Christianity is what led to immorality in the West. After learning of the love of Christ, he simply could not understand how followers of Christ could promote drugs and pornography. “Now,” he said, “I am beginning to see the truth.”

High quality programming that is truthful, intellectual, and biblical is what so many young, educated Muslims needed and craved and they are now finding it in stations such as The KINGDOM SAT.

For thirty years, I have warned that bombs and guns from the West will not endear people to Western values. Rather, the love and Truth of Christ is what will change hearts and minds. Now I am grateful that I have lived long enough to see the fruit of my conviction.

It goes without saying that thousands of these dear people who have embraced Christ have to keep the good news to themselves out of necessity. For one thing, if the news of their conversion seeps out to their families, friends, and employers, they will not only lose the love and companionship of family and friends, but they will also lose their jobs.

God is at work, but it does not mean that ignorance and blind militancy have disappeared. Indeed they are getting worse as a reaction to these conversions.

Nonetheless the truth is marching on, and I look forward to the day when these walls of hatred that is leading to killing of Christians and burning of churches will fall like the Berlin Wall.