Enviro Meltdown Over “Unpatriotic” and “Irrational” GOP Majority in Senate 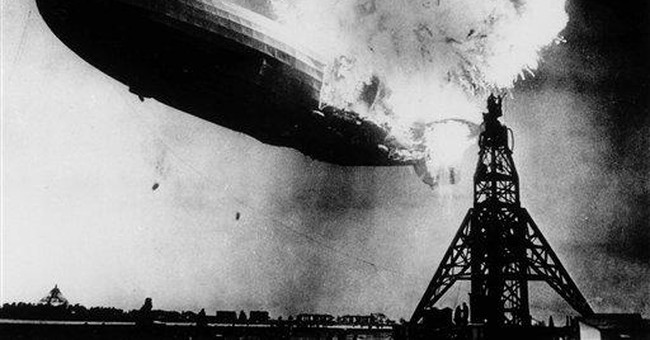 Uh oh… The evil, hate filled, GOP now has control of the US Senate. Clearly the world will soon end. (Lucky for me, I have stocked up on guns and ammo… So I’m feeling better prepared than my Diana DeGette-loving neighbor.) Ben Adler, the former Newsweek.com editor, was among the more frantic examples of post-election meltdown. Appearing somewhat like Chris Matthews during a Republican victory, Ben scrambled to express his frustration at conservative gains with over-the-top rhetoric. He even went so far as to say that conservatives should not be mistaken for “rational human beings” or “patriotic Americans”.

Adler insisted that Republicans are already “gearing up to cause climate mayhem” (watch out… flying diesel-fueled-monkeys are clearly on the agenda for Senate Republicans). The totally unbiased former editor of Newsweek.com backed his allegations up with some “facts” about those evil GOPers: Apparently conservatives want to rein in the EPA (seriously… who will control all the farm dust?), and approve construction of the Keystone XL pipeline (I know my Jeep runs off of a beanie-copter and unicorn dust, doesn’t yours?).

To top it all off, Adler claims that conservatives are “lying” when they say there was popular support for their anti-Al-Gore agenda. Which, if true, would be pretty impressive. After all, getting a majority in the US Senate (and control of more State House seats than any other time since the 1920s) is quite an elaborate ruse.

Heck, Adler even blasted the GOP for potentially working with Democrats to move the Keystone XL project forward... Stupid Republicans. How dare they work with members of the minority party to move job-creating legislation forward!

Of course, in reality, the Keystone XL would be a far more environmentally-conscious method for transporting oil. And, let’s not forget that energy independence (even with evil fossil fuels) would allow the US to reduce our dependence on third world nations with horrendous environmental standards. But that’s probably just the GOP-brainwashing typing.

So, clearly, conservatives are irrational morons who hate their country. (I guess that explains their affinity for the Gadsden Flag, right?) So, let’s get this straight… According to Adler:

Okay. So Republicans are evil, because they think that regulating a natural (and necessary) component to earth’s atmosphere might be overkill? And they’re interested in building the Keystone XL, which would make all those crude-oil train crashes (operated by a Warren Buffett firm) a thing of the past. Apparently Ben would rather see America resort to killing bald eagles (which is what wind farms seem to do on a regular basis), or destroying the desert ecosystem (which is what several acres of solar panels tend to do).

But Republicans are unpatriotic and irrational. (Said the guy arguing for fewer American jobs, and more dead Bald Eagles.) Ben, ironically, epitomizes everything that Americans voted against on November 4th of this year. He’s arrogant, derogatory, and (worst of all) completely wrong.

The GOP is not evil, unpatriotic, or irrational… They’re just the loyal opposition, Ben. And it’s officially time for you to start talking with them, rather than insulting them. After all, you’ll probably need their help if you want them to help hunt down manbearpig.