Global Warming Tour Cut Off By--Wait for It-- Too Much Ice! 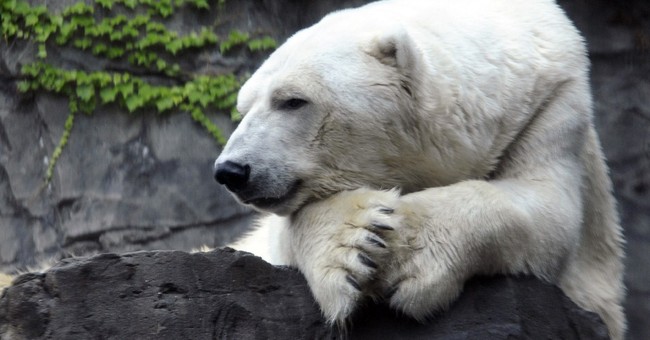 In an effort to highlight the impacts of global warming, four fun loving environmentalists decided to row the Northwest Passage in Canada, which used to be cut off by ice accumulation. Unfortunately, their trek was cut short by seasonally cold temperatures and – you guessed it – ice.

“After learning that ice choked much of the route ahead, the group decided to end their trip at Cambridge Bay, about halfway to Pond Inlet,” reported CBC.

Apparently there is just not enough global warming happening right now. (Maybe the group should have driven around town in a Hummer a few times before attempting their publicity stunt.)

According to a report from the UN Intergovernmental Panel on Climate Change, there has been a 60 percent increase in the amount of ocean covered with ice compared to this time last year. The finding indicates that there is clearly a shortage of global warming in this down economy. To put the figure into context, that’s roughly a million square miles of new ice in one year. In fact, the ice has even forced ships to reroute cargo as the Northwest Passage from the Atlantic to the Pacific has remained blocked by pack-ice all year long.

World scientists meeting at the IPCC, seem confounded by the fact that the world is set to see a 15 year downtrend in world temperatures. Some are calling this a “pause” of the anthropogenic global warming trend we’ve seen for the last decade. Other experts are saying temps could fall as low as they did in the 1960’s and 1970’s – when other experts were warning that the world was headed toward an Ice Age. The change in climate trends seems to be making the IPCC’s ability to sell global warming initiatives a bit more difficult.

Despite the fact that light trucks such as the F-150 and Toyota Tacoma continue to lead automotive sales, our climb on the global temperature gauge seems to be slowing. In the last 100 years we, as mankind, have only managed to increase the world temperature by .8 degrees Celsius. Try as we might, the Amazon rainforest is still around, and we have yet to see California erode into the Pacific Ocean. C’mon people. . . This is America. We can do better. I suggest we launch a full fledged campaign to help push California into the Pacific.

Of course, part of the problem could be that the idea of anthropogenic global warming is a flawed concept. My apologies to Al Gore for writing such sacrilege; but excuse me for not having a terrible amount of faith in a scientific community that has been astoundingly wrong over the past 50 years. Aside from the fact that alarmists such as Gore have yet to make a correct prediction on global climate trends, they have also numbed me to their cause through their propagandistic use of cute fuzzy animals like the Arctic’s dominant killing machine: The polar bear.

Nothing epitomizes the environmentalist cause like the picture of the polar bear stranded on a melting iceberg. However, the phrase “It’s to save the polar bears!” loses a little luster when you read that Polar Bears can swim up to 200 miles. . . If a polar bear gets stranded on a piece of ice (that floats around 1mph) further than 200 miles from land – well – that’s not climate change. That’s Darwinism.

The bad news is that despite the obvious confusion among the scientific community regarding the cause and effect of climate change, political believers of anthropogenic global warming will not relent their war on industrialization and affluence. The good news, however, is that despite the propaganda, egotism, and outright lies (AHEM* East Anglia*AHEM) among political believers in global warming, much of America seems to be growing skeptical. After all, what is Al Gore going to say: Global Warming is leading to more sea ice?

Another piece of good news: Because of this year’s record amount of arctic ice, those fuzzy little polar bears will have plenty more solid ice upon which they can slaughter baby seals. That should warm the hearts of those four Canadian environmentalists.