Michael Brown
|
Posted: Mar 10, 2016 12:01 AM
Share   Tweet
The opinions expressed by columnists are their own and do not necessarily represent the views of Townhall.com. 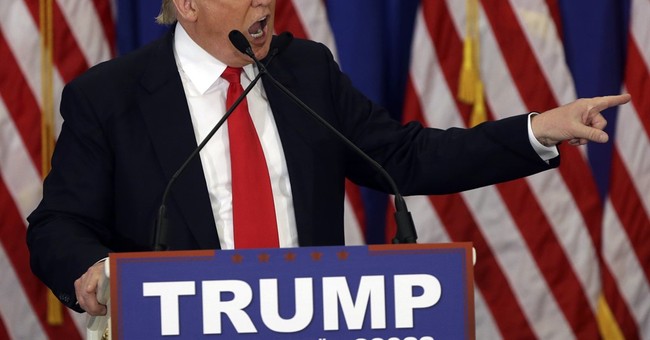 Ever since Donald Trump began to surge as a candidate last year, Christians have been pointing to the book of Isaiah and comparing Trump with the ancient Persian King Cyrus. Some have even claimed that God has revealed to them that He will use Trump for the good of America just as He used Cyrus for the good of the Jewish people, even though Cyrus was a “pagan” king.

Could this be true?

Let’s first look at the biblical and ancient Near Eastern evidence.

Cyrus (whose name was pronounced ko-resh in Hebrew) became king of Persia in 559 BC and conquered Babylon in 539 BC. He is mentioned in a majestic passage in Isaiah where the Lord says of Cyrus, “‘He is my shepherd, and he shall fulfill all my purpose’; saying of Jerusalem, ‘She shall be built,’ and of the temple, ‘Your foundation shall be laid.’” (Isa 44:28)

In other words, Cyrus would be the one who would cause Jerusalem to be rebuilt after it had been destroyed decades earlier by the Babylonians.

But there’s more that Isaiah says about Cyrus as the prophecy continues into chapter 45: “Thus says the LORD to his anointed, to Cyrus, whose right hand I have grasped, to subdue nations before him and to loose the belts of kings, to open doors before him that gates may not be closed: ‘I will go before you and level the exalted places, I will break in pieces the doors of bronze and cut through the bars of iron, I will give you the treasures of darkness and the hoards in secret places, that you may know that it is I, the LORD, the God of Israel, who call you by your name. For the sake of my servant Jacob, and Israel my chosen, I call you by your name, I name you, though you do not know me.’” (Isa 45:1-4)

Notice the beginning and the end of this passage. First, Cyrus, a non-Israelite king, is called God’s anointed, a term elsewhere only used for Israelite leaders. Second, Cyrus, although called by the God of Israel, doesn’t actually know the God of Israel. Instead, like the vast majority of people in the ancient world, he worshiped different deities in the form of idols.

In fulfillment of this prophecy, the Scriptures record how Cyrus made this decree to the Jewish people living in Babylon, where they had been taken in exile: “Thus says Cyrus king of Persia, ‘The LORD [meaning Yahweh], the God of heaven, has given me all the kingdoms of the earth, and he has charged me to build him a house at Jerusalem, which is in Judah. Whoever is among you of all his people, may the LORD [Yahweh] his God be with him. Let him go up.’” (2 Chr 36:23)

So, a pagan king encouraged the Jewish people to return to their homeland and rebuild their temple, also helping to finance the endeavor.

But Cyrus did not only do this for the people of Israel.

This became a standard Persian policy, allowing exiles to return to their homelands and rebuild their temples as subjects of the Persian empire.

We know this from the famous Cyrus Cylinder that was discovered in 1879. There, we read that Marduk, the chief god of the Babylonian pantheon and called “the king of the gods” in the text, “took the hand of Cyrus . . . and called him by his name, proclaiming him aloud for the kingship over all of everything.”

We also read in the text that Cyrus restored the various idol temples in his empire, which gives further confirmation to the biblical account.

So, here, it is Marduk who is given credit for the reign of Cyrus. In the Bible, it is Yahweh, the God of Israel and the only true God, who takes the credit. Obviously, Cyrus did not know Him, just as Isaiah said.

Could Donald Trump, then, be a modern day Cyrus? Could it be that Trump, like Cyrus, clearly does not know the Lord in a real and personal way but could still be used by God to accomplish His purposes?

As the saying goes, let God be God, meaning, it’s up to Him to do what He wants to do. Only He can answer this question for sure.

Or, from a more secular perspective, only time will tell.

What’s clear, though, is that God did not raise up an idol-worshiping king to rule the nation of Israel. That would have been a curse rather than a blessing.

In contrast, Christians are talking about God raising up Trump to lead America, which would be very different than Cyrus being used to help the exiles return to Jerusalem and rebuild it.

That doesn’t mean, of course, that Trump could not be a Cyrus type of figure. It simply means that the parallel breaks down when applied.

But there’s another possibility to consider.

There was another ancient king named Nebuchadnezzar, the Babylonian leader who, decades before Cyrus became king, led his armies to destroy Jerusalem, burn down the temple, and send the Jewish people into exile in 586 BC.

He too was an idol worshiper, yet shockingly, Yahweh called him “My servant,” stating plainly, “behold, I will send for all the tribes of the north, declares the LORD, and for Nebuchadnezzar the king of Babylon, my servant, and I will bring them against this land [meaning Judah] and its inhabitants, and against all these surrounding nations. I will devote them to destruction, and make them a horror, a hissing, and an everlasting desolation” (Jer 25:9; see also 27:6; 43:10).

Is Donald Trump a Cyrus or a Nebuchadnezzar, if either?

Let God be God, and only time will tell.

But while we wait and watch and vote and act, let’s not forget to pray: God, have mercy on America!

The one thing of which we are sure is that this is a very critical season in the history of our nation.