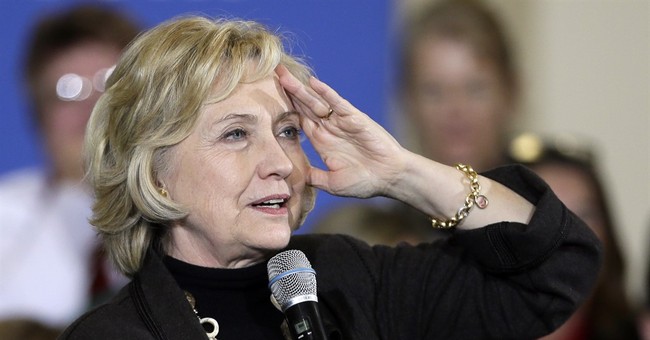 The Republican Party certainly has its problems: a chaotic presidential race; a despised congressional party; unpopularity among the rapidly growing number of non-whites.

But the Democratic Party has its problems as well. One of them is the fact that the two signature policies of Barack Obama -- the Affordable Care Act and the nuclear agreement with Iran -- are unpopular with most voters.

You heard little from the President about Obamacare or his approach to Iran during his 2012 re-election campaign. You've heard little about them from Democratic candidates for Congress in 2010, 2012 and 2014 or those running for next year.

It's also not clear that these policies would have been pursued in the same form if Hillary Clinton had been elected president in 2008. Would she have taken a mono-partisan approach to health care and hewn to it after the election of a Republican as senator from Massachusetts? Would she have banked so heavily on the notion that concessions could make Iran a friendlier power in the Middle East?

Maybe, maybe not. But as the certain Democratic nominee and as Obama's former secretary of state, she is saddled with them.

Richard Nixon in 1960, George H. W. Bush in 1988 and Al Gore in 2000 sought third presidential terms for their parties when their incumbent presidents had job approval well above 50 percent. Bush, after turbulent primaries, won a solid victory. Nixon and Gore, nominated with only brief opposition, lost by a hair.

Barack Obama's job approval is currently 44 percent, and Clinton, like Nixon and Gore, seems unlikely to undergo serious testing in the primaries and caucuses.

There is a larger problem here, not just for Clinton but also for her party. Since the 1930s it has been dedicated to the proposition that expanding government will help ordinary citizens make their way through the perils of (then) an industrial-age and (now) an information-age society.

The problem is that these seven years of the Obama administration, quite contrary to the president's intention, have discredited government as an instrument to improve people's lives.

The most glaring failure has been Obamacare, from the implosion of the healthcare.gov website to the recent announcement of the nation's largest health insurer that it would no longer offer policies on Obamacare's exchanges.

Designing government policies that can produce positive results without negative unanticipated consequences is a tricky business. Social Security required government to collect taxes and send out checks on time -- something a competent bureaucracy can do. Obamacare requires government to do many more things, some of which government is not very good at. Voters have noticed.

They have noticed, as well, that government is no longer very good at doing things almost everyone thinks it should do, such as providing health care for military veterans. Democrats can argue that the Department of Veterans Affairs hospital system's problems antedate 2008. But government is their baby, and they've been in charge for seven years.

A third problem for Democrats is apparent in the fact that near the end of multiple Democratic presidential terms, sizable forces in the party turn left. A few examples are: Henry Wallace's Progressives in 1948; the anti-Vietnam war movement in 1968; Edward Kennedy's challenge of Jimmy Carter in 1980; and Ralph Nader's third-party candidacy in 2000.

Similar things are happening today -- in the Bernie Sanders candidacy, the Black Lives Matter movement and rebellions on college campuses. When the public has soured on Democratic policies, party rebels double down and demand more.

Republicans have faced similar discontent on the right, from Barry Goldwater in 1960, Ronald Reagan in 1976, Pat Buchanan in the 1990s and the tea party movement in the wake of George W. Bush's presidency.

But the problem is more acute for the Democratic Party, which has always been a coalition of disparate groups: the top and bottom of the income and education scales, ghetto blacks and gentry liberals, left-wing academics and labor unions.

Holding that coalition together is easier when faith in government is strong. It's harder today, when, as Pew reports, only 19 percent of Americans say they can trust the government all or most of the time. For Democrats, that's a big problem.