Dems Fall as Fast as Nixon Republicans in 1974 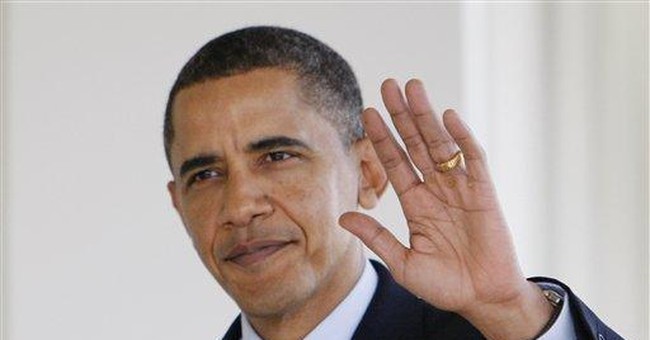 Republican Scott Brown's victory in Massachusetts' special Senate election was for Democratic leaders a moment that can be described in two words, of which I will only print the first here, which is "oh."

Left-wing bloggers, liberal columnists and the stray Nobel-Prize-winner-turned-polemicist are all urging Democrats in Congress to pass, somehow, some way, a health care bill, and many of them are calling for a second and even larger stimulus bill.

But Democrats in Congress are replying, as politicians are wont to do when challenged by party wingers, that their name is on the ballot. New York Times editorialists can opine that the Massachusetts result had nothing to do with opposition to health care, but their life's work is not in peril.

Others are holding out against the bloggers. Speaker Nancy Pelosi said that "unease would be the gentlest word" to describe House Democrats' refusal to pass the Senate health care bill. Her elegant ears must have burned in that caucus meeting.

Sens. Evan Bayh and Blanche Lincoln, up for re-election in Indiana and Arkansas and facing by far the most negative poll numbers in their long political careers, let it be known that there was no way they would support the reconciliation process, requiring only 51 votes, to jam through a health care bill.

But more than health care legislation is in trouble. I have not seen a party's fortunes collapse so suddenly since Richard Nixon got caught up in the Watergate scandal and a president who carried 49 states was threatened with impeachment and removal from office.

The victory of a Democrat in the special election to fill Vice President Gerald Ford's House seat in February 1974 was a clear indication that the bottom had fallen out for the Republican Party. The victory of Scott Brown last week looks like something similar has happened to the Democratic Party.

Many people ask me whether the Democrats are in as much trouble as they were in 1994. The numbers suggest they are in much deeper trouble, at least at this moment. Back in 1994, I wrote the first article in a non-partisan publication suggesting that the Republicans had a serious chance to win the 40 seats necessary for a majority in the House. That article appeared in U.S. News & World Report in July 1994.

This year, political handicapper Charlie Cook is writing in January, six months earlier in the cycle, that Republicans once again would capture the 40 seats they need for a majority if the House elections were held today. I concur. The generic vote question -- which party's candidates would you vote for in House elections -- is at least as favorable to Republicans as it was in the last month before the election in 1994.

Nothing is entirely static in politics, and opinions could change. Barack Obama could shift to the center, as Bill Clinton did after his party's thumping in 1994; the economy could visibly recover and start producing new jobs; a crisis like Sept. 11 and a good presidential response could boost the president and his party as Sept. 11 boosted George W. Bush and his party in 2001 and 2002.

But I sense that something more fundamental is at stake. Barack Obama in his first year adopted the priorities of what pundit Joel Kotkin, a Democrat himself, calls the "gentry liberals." Obama called for addressing long-term issues like health care and supposed climate change. He and his economic advisers, like many analysts across the political spectrum, underestimated the rise in unemployment. Talk about "green jobs" has proved to be just talk.

Obama's conciliatory foreign policy and his attempts to mollify terrorists have produced no perceptible positive responses and run against the grain of most American voters. Questioning the Christmas bomber for just 50 minutes and then reading him his Miranda rights has left Obama open to charges that his policies fail to protect the American people.

The cacophony of conflicting advice from left-wing bloggers, pundits and elected officials are all signs of a party in disarray, its central premises undermined by events. Massachusetts may have been a wake-up call enabling the Democrats to recover. But right now they're tossing and turning.