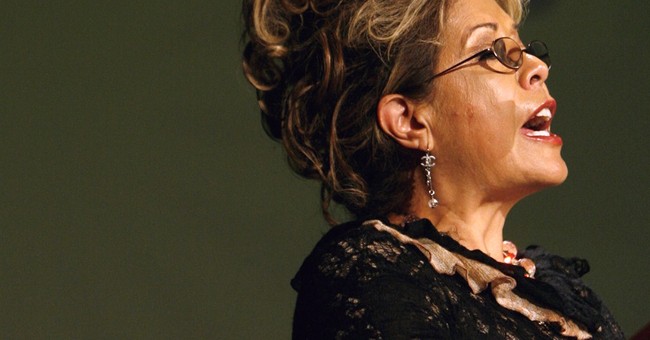 What a coincidence. In a matter of one week, numerous national newspapers decided to "profile" Columba Bush, wife of former Florida Governor and now all but certain presidential candidate Jeb Bush. Basically, they were all unnecessary, irrelevant and even downright silly stories.

A brief summary would be that Mrs. Bush is not a political type, likes to shop, shopped too much one time when out of the country, failed to declare it all, and paid a fine. Yawn.

I'm one who has never cared for attacks on political spouses and families, and seeing this spat of silly reports simply reinforces that view.

President Obama rarely gets much praise in this column, but give the first lady and him credit. For all their whacky political beliefs, they have raised what appear to most Americans to be two bright, polite and admirable daughters. And they have done so in a White House that has produced many an ungovernable brat during its existence. We read nothing about tantrums or rudeness by the Obama girls, and that is a direct credit to their parents.

The fact is that that we should not read or see anything to do with the Obama children. They are innocents pulled into the pit of politics.

Now consider a first lady (or a first gentleman, as could be the case in the future). That is a slightly different matter, in that presumably they have joined their spouse on his or her political voyage, and are either publicly or privately an integral part of the performance of a president in carrying out official duties.

I don't find much value in attacking a first lady, despite the fact that they sometimes insert themselves into highly controversial policy areas, which makes them more open to press scrutiny. But generally speaking, that comes after they have taken up residence at 1600 Pennsylvania Avenue and have started crafting policies of their own. Even then, in most cases, the establishment media treats them with kid gloves.

But not in the instance of Columba Bush. A recent burst of stories about her had headlines right out of the tabloids! "$42,000 Shopping Spree Could Damage Jeb's Nomination Hopes." That appeared in various forms in several publications, and is one great example of this silly and meaningless flyspecking of Columba Bush. The entirety of all of the stories amounted to rubbish.

Mrs. Bush, who is well known to avoid the world of politics and its harsh limelight, ran into one unfortunate incident years ago as she arrived in Atlanta from an international flight. She failed to declare the value of what she had purchased on her trip abroad -- something that happens virtually every day -- and was duly given a cash civil penalty for her mistake. Hardly the exploits of a hardened criminal.

And as for the other items she purchased with a certain jewelry store in South Florida, the amounts were hardly staggering. The prices were disclosed voluntarily from the then Governor Bush's campaign, and they were all paid off by the governor and Mrs. Bush.

Wow. What a non-story that is.

Of course, we are all still hazy as to the details of President Obama's early life, his personal theological beliefs, his pride or lack of it in America and so on. But all that is not and never will be fair game for the establishment media, will it?

I have no idea if Jeb Bush will roll over his primary/caucus opponents as the 800-pound establishment Republican gorilla with a legitimate conservative resume. He might just as well fall to a Scott Walker-type, who rises from the ranks to capture the heart and soul of a political party still craving a candidate who can resurrect a connection with the so-called anti-union, working-class "Reagan Democrats."

None of that really matters as long as the establishment media is willing to browbeat a woman, Columba Bush, who happens to be of Mexican heritage, happens to not love the political limelight, but happens to be willing to support her husband in his chosen path in life.