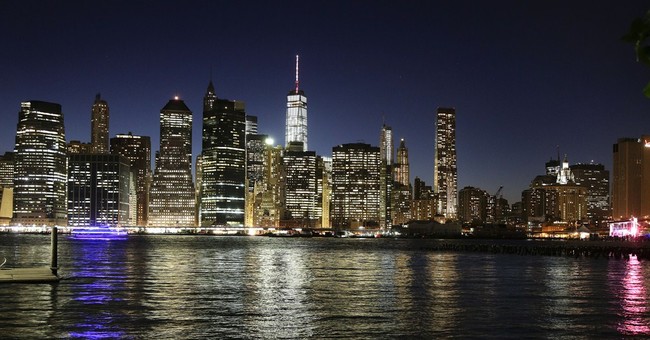 Does Christian perseverance pay off? In a fallen world, often not. Sometimes the grace is in the running of the race, not the outcome. But sometimes …

In 2007 I met a former Pennsylvania church youth director and policeman, Chris Smith, a 37-year-old without formal music training or Broadway connections. A child of divorce who grew up with a manic-depressive mom, Smith listened to John Williams’ movie scores—“Star Wars!”—and taught himself to play the guitar. When he graduated from nearby Eastern in 1992, he went immediately from Christian college to police academy.

Oh, and he started writing some songs by sitting at a keyboard and tapping out melodies. And he thought someday he could hear them sung on Broadway. And he wrapped them into what he thought could be a musical about a slave trader. Something happy like that, just what could attract about $13 million from investors, just what New York theatergoers would want to see. Dream on.

Smith dreamed, wrote, and planned for 10 years, and in 2007 pulled together a few actor/singers to do what’s called a read-through (actually, more of a sing-through) of “Amazing Grace,” his story of John Newton. I’m a poor judge of musicals, but the moving lyrics and soaring score impressed me. I liked Smith’s audacious goal: to go outside the evangelical ghetto, provide stylish entertainment on Broadway (see “Broadway mission,” Dec. 1, 2007, WORLD), and grip the hearts of scoffers as Newton once was.

I wrote at the time that “the musical has a good shot at success,” told Smith (quoting Miracle Max from “The Princess Bride”) “Have fun storming the castle,” and said to my wife, “It will take a miracle.” Smith worked it, worked it, even when others said his project was mostly dead. He told me, “The actors can go back to other jobs, but I can’t go back. My job as a police officer is gone.” Smith kept grinding away—helped by others who caught the vision—and raised enough money to have other read-throughs, then to have a “developmental production” in 2012 at a theater in Connecticut, then a full production in Chicago last year.

You can see portions of that last production at amazinggracemusical.com. My favorite song is one in which a born-again John Newton sings, “It was not in me to change, but God in His mercy has called me by name, and He lifted me out of the pit of my shame.” The joy of new life freed from the worst of sin becomes evident: “And the man that I was I cast upon the fury of the sea, let the wind and the waves wash away the fool I used to be, and I won’t be ashamed to stand and proclaim, I am free.”

Then April 16, morning: An announcement that new rehearsals for “Amazing Grace” will soon begin, leading to a July 16 opening night at Broadway’s famous Nederlander. That theater, built in 1921, was the venue for legendary productions ranging from Edward Albee’s “Who’s Afraid of Virginia Woolf?” to the Tony-award-winning “Rent.” And now it will display the work of Chris Smith, “concept creator, composer, lyricist. … Chris thanks his best friend and wife Alana; his children Joshua, Alana, and Alexandra; his parents; investors; and, above all, God, who made this whole impossible dream a reality.”

April 16, evening: I called Chris Smith and said, “You’ve won the World Series. How does it feel?” He said, “I thought I’d be jumping out of my skin, but it’s been such a battle. So, reverent thankfulness.” Chris and Alana Smith have been married for 23 years, and their three children are 22, 20, and 3: Their youngest was “a big surprise, a great surprise,” but when Alana was seven months pregnant, she received a diagnosis of breast cancer. She’s now healthy, but that was an enormous stresser at a time when “Amazing Grace” on Broadway was still just a hope.

Smith concluded, “I had to grow in so many ways. I was the type of person who would ask the Lord for patience, but I wanted it right now. … Used to be that when a deal fell through, I’d feel ‘I can’t make this work.’” Now 45, he said, “I’ve started to enjoy the passing of time.”