Cheap Laughs: A Weekly Review of the NY Times 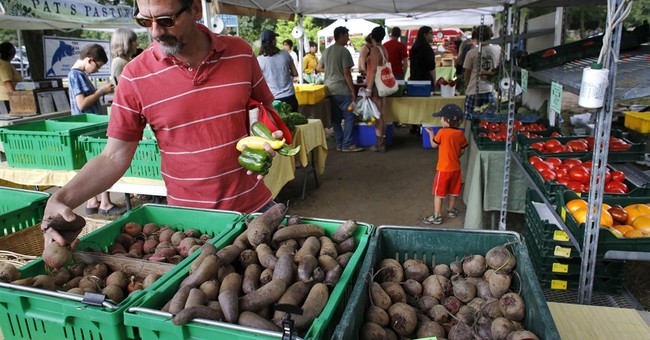 The op-ed pages of the New York Times can always be counted on for a few things dear to the Times’ liberal readership. Charles Blow reliably and ceaselessly provides a regular dose of outraged indignation. Paul Krugman unfailingly harps on how dumb Republicans are and how we’re all going to starve to death without more deficit spending to prime the pump. Well, two other critical ingredients in the NYT Recipe For Liberal Togetherness are mushy thinking and anguished hand wringing.

Mark Bittman is the food columnist for the Times, and he believes in the virtues of organic foods and buying direct from Mr. (and Ms.) Farmer and the evils of the corporations that actually feed the 99 percent of Americans who don’t live in Greenwich Village or Haight-Ashbury.

But Bittman is also a political philosopher and likes to grapple with The Big Questions. So in his column titled What Is the Purpose of Society? Bittman tackles head-on the problem of our misplaced priorities. “The world of food and agriculture symbolizes most of what’s gone wrong in the United States.” This is certainly news to me, as American agriculture is remarkably productive, hunger in America is essentially non-existent, and by any historical measure food in America is affordable, nutritious, and safe.

Bittman passionately believes we need Change. “But this kind of change must begin with an agreement about principles, specifically principles of human rights and well-being rather than principles of making a favorable business climate.” So obviously America’s long experiment in free markets and private enterprise have failed us, morally and materially, and we need to change direction. But in which direction?

Bittman gives us a clue. “Shouldn’t adequate shelter, clothing, food and health care be universal? Isn’t everyone owed a society that works toward guaranteeing the well-being of its citizens?” Of course, we need something like the 1936 Soviet Constitution. It guaranteed shelter, clothing, food and health care to all Soviet citizens. That would satisfy all of Bittman’s concerns, and we can live Happily Ever After once the government runs things rather than mean ole’ private business.

For meeting its readers’ hand wringing needs, the Times has a guest column by Nell Scovell. In A Woman’s Place is on Late Night, she wants to talk about An Urgent Problem. And the urgent problem is, now that Jon Stewart is leaving The Daily Show, what will be the gender of his replacement? To wit, it will be a grave injustice if Comedy Central selects Yet Another Man rather than a woman.

“It’s been a disappointing few years for anyone rooting for women to step in where men have dominated.” Scovell relates the anguish she felt when a male actor was chosen to continue the role of Doctor Who. Yes, indeed, why should a man be cast in a role that was originally conceived as a man? For that matter, why are all the Mafia dons in the movies men? And if the movie Patton is remade, why not Rosie O’Donnell?

You see, it’s just unfair. OK, Oprah Winfrey and Ellen dominate the daytime airwaves. OK, women make up half the cast of Saturday Night Live. But it’s vitally important that we have a female late night TV show host. Why? Because it will be the next to last step in the long struggle for equality. And compared to that, what are ratings after all? Comedy Central has a greater social obligation to meet Svovell’s gender expectations than it does to its viewers to provide entertainment or its shareholders to earn profits.

So what is to be done? “There is one thing that could increase the chances of a female late-night host: electing a female president.” Yes, once Hillary is Commander-in-Chief we can move forward into a brighter future with more women talk show hosts.

I think Bittman and Scovell need to convene a Constitutional Convention on behalf of us unenlightened cretins. We can throw out that musty old document some Dead White Men wrote back in 1700 whatever-it-was and draft A New Constitution for a New Age, one that guarantees shelter, food, ponies and gender correct late night TV hosts.