In Rendering Guilty Verdict, Did The Cosby Jury Rely On Policy Or On The Facts And The Law?

Marina Medvin
|
Posted: Apr 26, 2018 3:30 PM
Share   Tweet
The opinions expressed by columnists are their own and do not necessarily represent the views of Townhall.com. 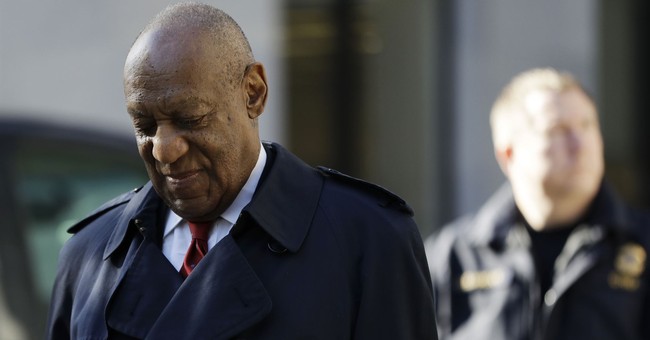 Bill Cosby was found guilty on all 3 counts of aggravated indecent assault for drugging and sexually assaulting Andrea Constand in Philadelphia.

I have to wonder how much the prosecutor’s closing arguments had to do with the jury’s decision. The government made policy arguments to the jury during their closing argument. The prosecutor argued that Cosby questioning the complaining witness’ intentions is “the exact reason that women and victims of sexual assault don’t report this crime.” The government was shaming Cosby for confronting his accuser, for exercising a Constitutional right enumerated in the Bill of Rights. The effect of the argument is that the prosecutor signaled to the jury that the fate of future victims feeling confident in reporting crimes rests in the hands of this jury.

This was a policy argument. A way to implant into the mind of the jury the idea that making a societal change will start with a Cosby conviction. The government was referencing the #MeToo movement and the hoards of women (and men) coming forward on the internet to report their previously unreported allegations of sexual assault. Yet, it is a dangerous road, making an individual set of allegations of a trial into a representation of society’s problems with this type of accusation. Surely an individual should not be the scapegoat for the ills of society as a whole.

The government’s proposition that the defense lawyer did something wrong by showing that the victim lacked credibility is absurd, but yet that is what the prosecutor did in these words: “the exact reason that women and victims of sexual assault don’t report this crime.” Should Cosby not be permitted to defend himself against this woman's accusations? Her words are enough to land him in prison for 10 years per accusation. Her story is from from an alleged act that took place in 2004, over a decade prior to her reporting this crime. Should Cosby’s legal team not have questioned her motives, inconsistencies and the like? The law permits and encourages fact finding in a trial. That’s the point of the trial!

The importance of this being an enumerated trial right cannot be brushed aside. The Bill of Rights only enumerates some rights, and leaves the others unenumerated. The Sixth Amendment is enumerated. This means it is of utmost importance. According to the Supreme Court, the essential purpose of the confrontation clause of the Sixth Amendment is the opportunity to cross-examine a complaining witness. “The opponent demands confrontation, not for the idle purpose of gazing upon the witness, or of being gazed upon by him, but for the purpose of cross-examination, which cannot be had except by the direct and personal putting of questions and obtaining immediate answers.” Davis v. Alaska 415 U.S. 308 (1974).

We have to be able to separate out policy arguments from individual responsibility. The legislature is entrusted with making policy. Juries are entrusted with deciding whether an individual committed a crime in a particular case. Juries cannot and should not decide an individual’s fate based on policy arguments. Juries should not be deciding the fait of society in a criminal trial. The jury instructions read by the judge do not ask the jury to consider policy issues. Neither should the government.

But CNN points out that this conviction did just that, that this finding of guilt “represents a test of how the cultural movement will translate into a courtroom arena,” since this was "the first celebrity sexual assault trial since the #MeToo movement began last fall.” That’s the problem. A criminal conviction should never be part of a “movement,” because thats how we get conviction by mob.

Cosby now faces the imposition of 10 years per count - that's 30 years in prison, in whole or in part, depending on his ordered sentence. He is an old man that faces the possibility of being imprisoned for the duration of his time here on earth. I can only hope the jury relied on the facts and the law, and not on policy, to come to their decision.