The Danger of Political Party Mobs

Marina Medvin
|
Posted: Apr 26, 2018 12:01 AM
Share   Tweet
The opinions expressed by columnists are their own and do not necessarily represent the views of Townhall.com. 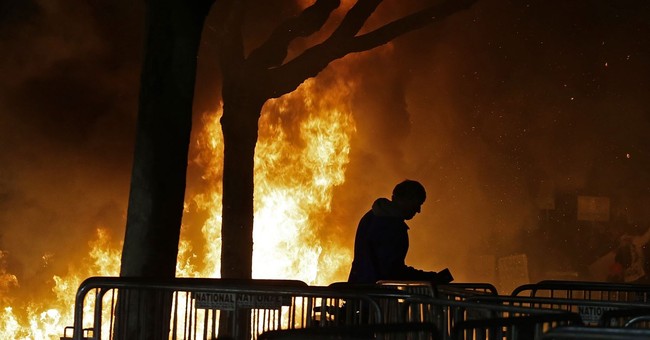 Mob mentality is a fascinating aspect of human nature, but a dangerous one.

Mob mentality, group identity, and groupthink describe the same type of human behavior - actions that individuals take when coming under the influence of a group, doing irrational things that are not in their individual best interest, losing their self-awareness.

Mob mentality is so dangerous that states will legislate extra penalties for crimes committed by mobs, in an attempt to dissuade mob crimes. In Virginia, for example, there are about a dozen offenses specifically addressing mob crimes. And every individual who is in a mob is held responsible for the acts of the mob, showing legislative understanding of the mob as a conspiracy and the participants as accomplices.

More recent political mobs included widespread littering of our nations’s capital and publicly burning swastikas in celebration of the political party that caused the war that achieved the most deaths of any war in human history.

Mobs are dangerous. Mobs are bad.

And yet we see political mobs in Congress. We see politicians endorsing ideas not in congruity with their beliefs, but in conformity with their party, with their mob. For example, Rep. Justin Amash (R-Mich.) recently compared how politicians in US Congress endorsed similar letters warning the President about commencing offensive strikes against Syria without congressional approval. In 2013, while Barack Obama was president, 119 republicans and only 21 democrats signed the letter. In 2018, during the Trump presidency, 73 democrats and only 15 republicans signed an almost identical letter. “Very few of us signed both,” Amash observed. Addressing the disparities, Amash noted that “something else is at work at the macro level: double standards, selective outrage, and hypocrisy.” I agree with him but I add mob mentality to the list.

Surely these politicians would, on an individual basis, believe that congressional approval is either required or not under identical circumstances. Their ability to all of a sudden distinguish the law on behalf of their party is just what it seems - an excuse, to act in conformity with their party mob.

And we see political mobs in schools. Consider the school walkouts. Instead of students being taught to help themselves by seeking out protections to solve an immediate danger, they are being politically encouraged by the Democrat party to support a remote resolution, a political objective: gun control. How does gun control help them tomorrow in school? After all, a law takes years to implement. A law does not physically manifest itself and magically appear between a shooter and his victim to prevent the shooter from shooting his victim. A law does not instantaneously defend - it simply creates deterrence. And we know that deterrence does not eliminate crime. Why are kids not demanding immediate protection, physical protection from an expectedly non-law-abiding shooter? Because they are being publicly encouraged not to think think via rational self-interest, but to support a groupthink cause. This political mob culture teaches a dangerous precedent to our youth: problem-solving via mob mentality.

Jordan B. Peterson, a clinical psychologist of religious and ideological belief, agrees that political mobs are dangerous and are prevalent in our culture. He highlights the dangers of group identity politics in an upcoming movie about college campus mobs and hysteria.

But rational, individual self interest is not dead in our political society. In fact, it may be on the rise. Consider the following politicians: Rand Paul, Justin Amash, and Austin Petersen, to name a few. These are the “liberty” politicians. They are a breed of individual-thinking politician that is quickly penetrating the mainstream. We didn’t have this variety of liberty candidates until recent years. Remember a time when we just had Ron Paul? Political campaign manager Jeff Carson, who manages liberty candidate Austin Petersen for US Senate, agrees that liberty politics are “absolutely” becoming more popular. Hopefully this past decade is an indicator that independent thinkers are gaining momentum amongst voters.

It is because I fear mob mentality in politics that I prefer these liberty individuals in government. I expect them not to jump on the bandwagon. I expect them to objectively consider whatever problems they will encounter. I do not even agree with them on many issues. But I am more confident in their approach to politics than I am with classic party politicians. Voting for liberty candidates will help to diminish the political party mobs that are in Congress. We see this  happening (theory in action!) with proven independent thinkers like both Pauls and Amash.

The danger of political party mobs can be reduced if we pay more attention to our independent reasoning, especially when in groups; and, by increasing liberty representation in Congress.