Marc Rotterman is the treasurer of the American Conservative Union and a partner in Rotterman & Associates, a Raleigh and DC-based public relations and government-consulting firm he founded in 1985.

In 1972, at the age of 21, Rotterman was the director of field operations for Bob Taft’s successful senate bid in Ohio. By 1980, while working on the national campaign for Reagan for President, Rotterman was as an assistant to then Governor Reagan’s domestic policy advisor. After Reagan was elected, Rotterman joined his administration as a special assistant to the deputy secretary of transportation. In 1984, Rotterman left the Reagan administration to manage Alex McMillian’s successful congressional campaign in Charlotte, NC.

1n 1990, Rotterman helped launch the John Locke Foundation, a nonprofit public policy think tank based in Raleigh, NC, where he served as president until 1996 and where he remains a senior fellow. In 1996, Rotterman served as an advisor to Senator Phil Gramm’s presidential campaign.

In 1994, Rotterman & Associates acted as the media and general consultant to Walter Jones’s successful congressional campaign in North Carolina. The firm continues to represent Congressman Jones today. In the election cycle of 2000, Rotterman & Associates helped raise over $500,000 by organizing several events for then Governor George W. Bush’s presidential efforts in North Carolina.

Highly regarded as a political strategist and creator of many well-known campaign ads, Rotterman is a frequent guest commentator on national radio and television. He has appeared on FOX News Live, Fox and Friends, Fox’s Beyond the News, CNN’s Inside Politics, MSNBC’s Scarborough Country, ABC News Nightline, as well as numerous talk shows across the state of North Carolina. Rotterman is also a frequent guest columnist in the Raleigh News and Observer, and his columns have been featured in the Washington Times, the Detroit Free Press and the Orange County Register.

Rotterman and his wife Karen reside in Raleigh, North Carolina. 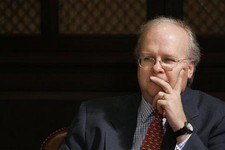 Bush and Rove squandered the Reagan/Gingrich Majority
By Marc Rotterman
Back in the day when W’s poll numbers were through the roof there was much talk of a Republican realignment ...
June 20, 2007 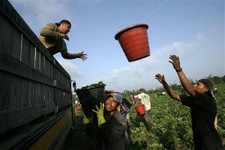