President or Divider in Chief?

Linda Chavez
|
Posted: Jan 29, 2016 12:01 AM
Share   Tweet
The opinions expressed by columnists are their own and do not necessarily represent the views of Townhall.com. 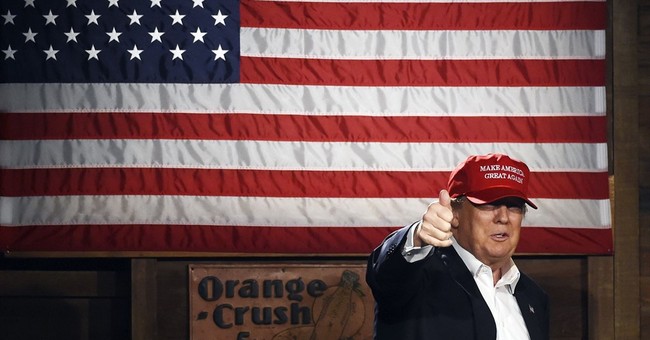 I'm trying to wrap my mind around what it will mean if Donald Trump wins the Iowa caucuses in a few days and goes on to win New Hampshire, South Carolina and ultimately the Republican nomination. If so, he'll face a badly damaged Hillary Clinton -- or, less likely, socialist Bernie Sanders -- and will be the odds on favorite to become the next president of the United States (barring a credible but unlikely third-party challenge by Michael Bloomberg). Mostly, such fantasies put me in a funk. But I think it's worth thinking through what it would mean for America going forward based on what politics have done to America in the recent past.

There is no question that Donald Trump is a polarizing figure. You either love him or loathe him; few people fall in between. But he certainly would not be the first man elected who turned out to divide the country. We've just experienced seven polarizing years under President Barack Obama and the country is worse for it, regardless of what you believe about his policies.

President Obama promised to bring us together again: He is the man who gave one of the most inspiring speeches in recent memory about what it means to be American. At the Democratic Convention in 2004, he proclaimed: "There's not a liberal America and a conservative America; there's the United States of America. There's not a black America and white America and Latino America and Asian America; there's the United States of America." But as president, he alienated conservatives, thumbed his nose at Congress, and marginalized anyone who disagreed with him.

We are more divided today than we have been anytime since the Vietnam War. Rancor, name-calling and suspicion infect Americans on both sides of the political divide. For those who love President Obama, anyone who doesn't is hateful and racist. But the left is not entirely to blame for the divide. Much ugliness has reared its head on the right as well as the left over the last seven years.

What happens to this divide, then, if Donald Trump becomes the 45th president of the United States? He has promised as one of his first orders of business to round up nearly 11 million illegal immigrants, as well as their American-citizen children, who are minors. He has promised to turn away refugees and start keeping tabs on Muslims. These actions would affect not only the direct targets but also millions of Americans who are the targets' family, friends, employers, landlords, customers, co-workers and community members. It's hard to overstate the seeds of division this would reap over generations.

Maybe Trump's rhetoric has all been for show. Maybe he won't even try to fulfill these promises once in office. And unquestionably, the courts would intervene if he did try. But in the meantime, what will it do to America? Will we be a stronger, more united country than we are today? Or will we be a nation in which we hunker down into our own groups, denying the right to fellow countrymen who do not share our ancestry or ideology the right to even call themselves Americans?

This nation has survived bad presidents. And we would probably survive a Donald Trump presidency, but it would change us.

Donald Trump may win the nomination. He may win the presidential election. But he will not make America great again if he continues on his path of dividing, insulting and threatening those who disagree with him. If he wins Iowa, let's see if he can at least start acting presidential.