Don't Be Afraid To Give Kids Independence 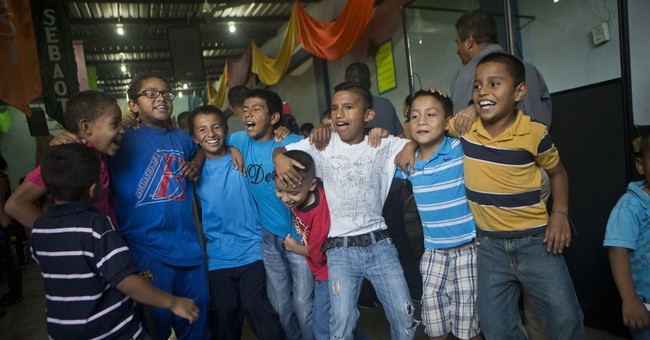 Trending
When I started second grade at St. Mary's Elementary School in Albuquerque, my parents decided it was time I learned how to walk to school. The trek from my grandparents' house, where we lived in a small two-room adobe casita at the rear of the property, to the school a mile away took about a half-hour. I walked alone, down what passed for busy streets in those days, through neighborhoods and commercial areas, occasionally meeting classmates en route. It was good exercise and taught me independence at an early age.

It's lucky for my parents they weren't raising me in Montgomery County, Md., today, or they might be facing child neglect charges. That may be the fate of a Silver Spring, Md., couple.

Danielle and Alexander Meitiv allowed their 10-year-old son and 6-year-old daughter to walk home from a park a mile away on Dec. 20 and now find themselves the subject of an investigation by the county Child Protective Services agency. Police picked up their children midway on their short journey after someone reported seeing the two kids walking alone down a main thoroughfare in Silver Spring. When officers drove the children home, they confronted the father and read him the riot act about abductions and other dangers to which he was exposing his children, according to news reports.

But that was simply the beginning of the Meitivs' problems. A few hours later, CPS showed up on their doorstep demanding the father sign a safety pledge not to leave his children "unsupervised" for any period until the following Monday. If he didn't comply, CPS would remove the children from the home.

The Meitivs appear to be perfectly good parents, albeit with a belief that children should have freedom to explore their neighborhood without anxious adults hovering nearby. One parent is a climate science consultant; the other, a physicist at the National Institutes of Health.

"The world is actually even safer than when I was a child, and I just want to give them the same freedom and independence that I had -- basically an old-fashioned childhood," Mrs. Meitiv told The Washington Post. "I think it's absolutely critical for their development -- to learn responsibility, to experience the world, to gain confidence and competency."

But Maryland law says a child younger than 8 can't be left unsupervised by anyone under 13 years old -- at least not in dwellings, enclosures or vehicles. It's unclear whether allowing children to walk home from a park, or play in their own backyard for that matter, subjects parents to the same requirement that adults or older children supervise younger ones at all times.

Surely no one wants babies or small children left to fend for themselves at home or elsewhere for hours on end. But allowing one's own children to walk around their neighborhood, go to the park on their own, or even walk down to the grocery store or to a friend's house seems well within the bounds of responsible parenting.

Can bad things happen if children have such freedom? Sure. But the world is not nearly as dangerous as many anxious parents seem to believe. Abductions are extremely rare -- and can occur even if Mom or Dad is nearby.

According to a Department of Justice study of children who were abducted by someone other than a family member, only about 115 true stranger "kidnappings" occur in a year, and of these, most of the victims are teenagers. Children are far more likely to face harm from someone known to them -- sadly, most often from a parent or caretaker -- than a stranger.

Childhood is safer now than it has ever been. Yet we fret and worry about the likelihood that something horrible will happen if we allow children to explore their world and learn independence. Do we really want to raise a generation of wary, mistrustful kids who grow into fearful, neurotic adults? Growing up means learning to be independent, and parents who don't help their kids develop a sense of adventure and freedom are depriving them of the joy of childhood.