Lily Tang Williams was a Chinese lawyer and law assistant professor, who became an American businesswoman and liberty activist.

She learned to work hard, persevere, and be grateful for the opportunities she was given. Eventually, she graduated from Fudan University in Shanghai with an undergraduate law degree. After graduation, she was selected to continue as part of the law school faculty, as well as practice corporate law in Shanghai as China began to rebuild its economy.

In 1988, Lily Tang Williams decided to study in the U.S., leaving her position with only $100 in her pocket and $1200 in debt to her American sponsor, a Fulbright professor at the University of Texas at Austin. Though she could not speak English fluently she was determined to achieve success in this country, earning a Master’s degree in Administration and Planning from the School of Social Work at the University of Texas at Austin.

Subsequently, Lily started work for Wyoming Home Health as a medical social worker, and later she worked as an executive for corporations in both Hong Kong and the U.S. Eventually, she went into business for herself, providing consulting services in international business and, with her husband, buying and managing residential real estate properties.

This experience in the American economy contrasted sharply with the Communist indoctrination she endured in China. She became an avid student of Liberty, free market and free enterprise. Lily became a U.S citizen and for the first time in her life, she voted in 2000. In 2014, Lily ran for Colorado State House District 44. In 2016, Lily was the candidate for U.S. Senate in Colorado.

Today, Lily continues to manage her own business, and relishes the freedom, independence, and prosperity she found in America. She loves her new country and travels frequently throughout the states to share the story of her American Dream, defending the free speech and free enterprise, and promoting civil and economic liberties. She enjoys educating people about the reality of Communism, Socialism, China’s legal system and culture, women’s issues and educational reforms. She is an inspirational speaker to many people and received very positive feedback from students. 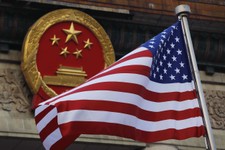 My Tribute to Our Founding Fathers
By Lily Tang Williams
On this Independence Day, let me pay homage to America’s founding fathers who wrote “The Declaration of Independence”, which changed ...
July 04, 2019
Commentary Archives
CARTOONS | AF Branco
View Cartoon