Anti-Amnesty Activists Have a Lot to Prove in 2016 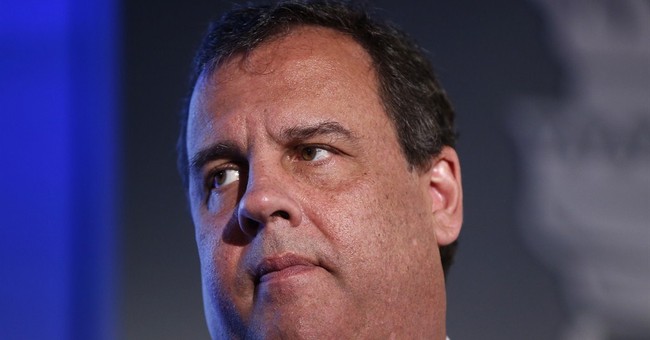 For years, conservatives who have considered opposition to “amnesty” to be their top priority issue have claimed a level of influence that has far outstripped reality. Voters who want the Federal Government to hold a hard line on immigration and who oppose a path to citizenship for illegal immigrants who are already here are disproportionately represented among talk show hosts, conservative columnists, and other conservative thought leaders. However, among the actual GOP primary voting pool, they have not been able to wield as much comparative influence as, say, pro-life hardliners or anti-tax activists.

For instance, in 2000, the immigration issue was already a matter of extreme concern to many conservatives, but the early favorite candidate, George W. Bush, was an active and open supporter of both a guest worker program and a path to citizenship for illegal immigrants who were currently in the country. Bush repeatedly and often touted his relationship with Mexican President Vicente Fox and promised to create a “special relationship” with Mexico if elected, and cut numerous ads in Spanish touting his proposed immigration programs – programs which would be anathema in current GOP primaries. In spite of the fact that Bush could easily have been considered the worst GOP candidate in the field on immigration, he cruised to a relatively easy victory in the primary. His open stance in favor of “amnesty” appeared to hurt him not at all.

Throughout his first term, although the war on terror came to dominate, Bush continued to promote and work for his guest worker/path to citizenship programs. Bush in fact expressly campaigned on it during his re-election campaign in 2004 as well. In spite of this, he faced no primary challenge whatsoever (not even token opposition a la Pat Buchanan in 1992) and cruised to re-nomination as the Republican candidate.

The 2008 primary season presented an interesting test of electoral power for two factions of the conservative coalition. On the one hand, conservatives for whom abortion was their top issue were directly threatened by the Rudy Giuliani campaign and what it would mean for their status if Giuliani were to secure the nomination. Giuliani was given the opportunity to soften his pro-choice stance but in an infamous speech at Houston Baptist University, Giuliani defiantly reiterated his pro-choice beliefs and dared pro-lifers to defeat him, which they were ultimately able to do.

By way of contrast, the number one target for anti-“Amnesty” advocates in 2008 had to be John McCain, who had less than two years prior co-authored the most infamous Amnesty bill since 1986 with Ted Kennedy. McCain likewise never wavered in his stance that the illegal immigrants currently in country should be placed on a path to citizenship, although he stridently disagreed that his proposal should be called “Amnesty.” Despite the presence of several more anti-“Amnesty” candidates in the field, McCain won with relative ease; worse, his last challengers standing, Mike Huckabee, was arguably worse on immigration than he was.

In 2012, although Romney was probably not the worst candidate in the field on immigration, the best that could be said about him was that he was a man who lacked conviction on immigration one way or the other (much the same thing that could have been said about Mitt Romney on literally every issue). None of the other candidates in the field, including those who had been legitimately conservative on immigration for years, were ultimately unable to dislodge Romney from the top spot.

In 2016, however, immigration hardliners have reason to believe that they may have finally bent the caucus to their will. There isn’t anyone who could be considered “one of them” among the top tier of candidates; however, two of the likely frontrunners (Scott Walker and Marco Rubio) were forced to essentially publicly repent of their past sins on immigration during CPAC last week. The furor over Congress’ failure to stop President Obama’s executive amnesty – even through a funding mechanism that stood little chance of passing – may have mortally wounded John Boehner’s power as Speaker of the House, at the very least. If nothing else, the entire sad executive amnesty debacle has likely poisoned the well for any comprehensive legislative immigration reform for the better part of the decade.

However, it remains likely that, among the GOP frontrunners, Jeb Bush and Chris Christie, at the very least, will offer no repentance, public or otherwise, on their past immigration positions, which are anything but orthodox. For one thing, there is simply too much water under the bridge for either candidate to make a credible case for a change of heart. For another, both appear to be adopting the tactic of GOP establishment candidates before them who were able to survive deviations from orthodoxy on immigration in the primary, and use those deviations to their advantage in the general election.

This presents a real test for anti-Amnesty activists. Probably, their influence within the coalition has reached a high water mark; however, if they are unable to stop Bush, Christie, or another avowed proponent of immigration reform from getting the nomination, especially when viable and credible alternatives exist within the field, then they will have again been unable to exercise even a “veto power” to prevent their “worst enemy” candidate from getting the nomination, as pro-lifers have before, or to even force a public repentance on their issue during the primary. And if that happens, they stand a good chance of continuing to be ignored by those who hold the levers of power in the Republican party.