A Protestant Thanks His Priest: Tribute to Father Arne

Larry Provost
|
Posted: Jul 21, 2017 12:01 AM
Share   Tweet
The opinions expressed by columnists are their own and do not necessarily represent the views of Townhall.com. 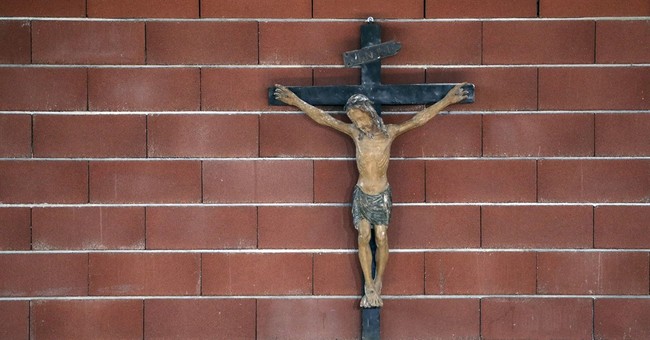 On Wednesday of this week, Father Arne Panula, Director Emeritus of the Catholic Information Center in Washington, D.C., went home to be with the Lord. Father Arne was a light for Jesus Christ in a city that so desperately needs it. Never will I forget how he embodied the love of Christ to me and how he literally saved lives.

Father Arne was a special man who gave his life to God. He entered the priesthood and throughout his life served the Lord in the highest calling as a pastor who, like Jesus, was married to his church.

From the Catholic Information Center (CIC)website:

“Fr. Panula, a priest of the Prelature of Opus Dei and ordained in 1973, was appointed Director of the Catholic Information Center by His Excellency, Donald Wuerl in September 2007. As of March 30th, Fr. Panula serves as Director Emeritus. A graduate of Harvard College in 1967, Fr. Panula subsequently earned a doctorate in Theology from the University of Navarre, in Pamplona, Spain. After ordination, he served as chaplain of The Heights School in the mid-1970’s. Thereafter, for almost twenty years, he exercised his ministry in Northern California working with high-school and later with university students. Beginning in 1988, he carried out administrative responsibilities for Opus Dei in California for a decade, and in 1998, the Prelate of Opus Dei appointed him Vicar of the Prelature of Opus Dei for the United States, in New York. For his last five years in New York, he was the Spiritual Director of the Prelature of Opus Dei for the United States.”

I first met Father Arne in 2008, at the CIC, and was struck by how much he looked like a younger version of my grandfather. While not a Catholic myself, my mother’s generation and before were and passed to me a great respect for the Church. Frankly speaking, the CIC was the closest thing to my evangelical tradition in downtown D.C. The CIC is a hub of conservative and Catholic thought and I found a few things that would make an evangelical take a second look such as books by C.S. Lewis and Dinesh D’Souza on the shelf and in person teachings by individuals such as George Weigel and Carter Snead. The CIC is a home for the famous and meekest of Catholics. Yet, never once in my presence did Father Arne succumb to the temptation to treat anyone different regardless of status. His demeanor literally never changed regardless of whom was in the room.

As the years went on Father Arne and I talked more and more and I began to attend occasional services and events at the CIC during my lunch hour and after work. I began to grow deeper in my faith in Jesus Christ. Though a Protestant, Father Arne accepted me as a Leonine Fellow at the CIC for 2014-2015 year. My class was the second class, as many of us had previously applied. A few of us called jokingly called ourselves “second string” and “second to none.” Father Arne made me feel just a part of the Fellowship as the rest of the group and always invited me up to receive a blessing during the time of the Eucharist.

It was during this time that Father Arne made his biggest impact in my life. My wife and I found it was very difficult for us to have children biologically. We were strongly considering IVF treatments which seemed to offer more of a guarantee of having children than any other means. Father Arne challenged me and said to please research the issue and ask a lot of questions especially about the destruction of embryo’s (i.e. babies). He made me think real hard, despite how incredibly difficult it was not to have children biologically, not to kill lives in order to make a life.

Following Father Arne’s advice, my wife and I went to the doctor for our IVF consultation and asked a lot of questions. It took six times of asking the same question “What do you do with the “bad” embryos that you say will likely die during the process?” to the doctor before getting the answer. The doctor finally told us “We discard them.” My wife and I left and refused to continue even though this was an extremely tough decision. While my wife and I certainly wanted to adopt at some point, we were somewhat lost after making this decision and not sure of what God would do in our family.

About six months later my wife and I hosted a teenage boy from overseas in our home. During the hosting period we found the boy was eligible for adoption. We started applying for his adoption before he returned to his birth country. He is with us today and receives his citizenship in a week.

It is because of the advice I received from Father Arne and the encouragement of the Catholic Information Center that my wife and I adopted and were able to save life as opposed to killing it. It is because of him that my son is here today. This man, who had forsaken many of the good and natural pleasures of life to fully serve the Lord, was a major reason for the abundant blessing I have in my family.

*Views reflected in the article are those of the author.