How Does the Next President Stop Losing the War on Terror

Larry Kelley
|
Posted: Feb 13, 2016 12:01 AM
Share   Tweet
The opinions expressed by columnists are their own and do not necessarily represent the views of Townhall.com. 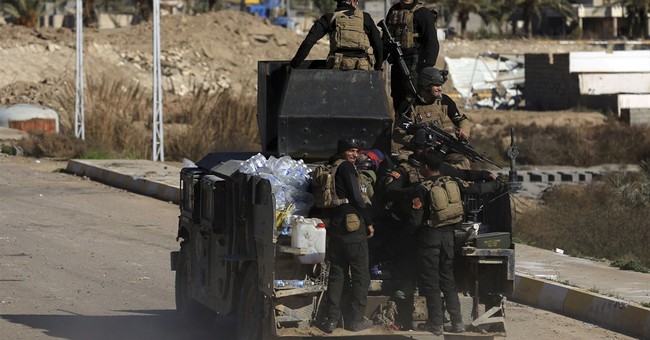 I spoke to Cliff May who is the founder and President of the Foundation for Defense of Democracies which he created immediately following 9/11. FDD today is one of the nation’s most highly regarded national security policy institutes.

Kelley: Do you agree with my assessment that we are losing the war on terror which, of course, is a misnomer? Terrorism is a tactic not an enemy. Which measurements would you cite to describe how the West is losing this war?

May: I totally agree that we in the West are losing this war. I keep coming across new maps that show greater and greater territory now controlled by the jihadists. They are in Libya, Nigeria, Syria, Iraq, Afghanistan, the Indian subcontinent, and the Pacific. It’s a threat that is metastasizing rather than being contained. I would add to that list the Islamic Republic of Iran which is about to experience an economic resurgence given the money (approximately $150 billion) that was once frozen and will now be released to them. And Secretary Kerry even admitted that some of that money will be spent on terrorism. They are and continue to be the leading sponsor of terrorism in the world. They control Shiite militias in Iraq and the Assad regime in Syria to a great extent. They are more than influential with Hamas. Hezbollah is essentially their foreign legion. If people cannot see what’s taking place, they are not looking very hard.

K: So would you consider that both houses of Islam, Shiites and Sunnis to be at war with the West?

M: I would put it a little differently. In both those houses of Islam you have jihadist movements. And here is the key. They are rivals not enemies. Both are at war with America and Israel and in various ways. There are those in this administration who would like to think that Iran has become our ally in this struggle against ISIS. But they are missing a great deal of the nuances in this conflict.

K: Could you expand on your observation that the two houses of Islam are rivals not enemies? What do you mean?

M: Jihadism is a two-sided coin, Shiite and Sunni. Iran has, since 1979, under the Ayatollah Khomeini, proudly proclaimed that it was at war with America and the West. Secretary Kerry has been very clear, that Khomeini’s successor, the Ayatollah Khamenei, is also at war with us. Kerry admitted this in saying that the Iranian supreme leader often preaches “death to America.” For both sides, I would say that there is a long-range strategy to achieve just that over time.

K: With respect to the recent Iran deal, do you think the Iranians are now less or are they more our enemy?

M: I think that they (the Iranians) feel they are making very good progress toward their ultimate goal and faster than they expected. They see diplomacy as another field of battle. And they believe they’ve won a very important battle in terms of this newest nuclear agreement. And I think they are correct in that.

K: So you feel that Sunni and Shiite jihadists are rivals in their attempt to conquer the West?

M: I do. They both believe the world is divided into two spheres, dar al Islam which is the world governed by Islam, and dar al harb, which is, by definition, a world of war which must be made to submit. And the only question is—Who does the conquering? Is it the Taliban, al Qaeda or Iran?

K: They are rivals in the conquest of the infidel?

M: Exactly right. Rivals in the reestablishing the power and glory that the Islamic world once had and which it is obligated to repossess.

K: What would be the three or four steps the new Commander in Chief should employ to reverse our losses and what does winning this war look like?

M: Great Questions. First this war must be the administration’s top priority. Not a tertiary but number 1 goal to contain and ultimately defeat jihadism worldwide. If its top priority is income inequality or climate change, we will continue to lose this war. Second, the last thing we can do is to continue to weaken our military. Third, we need to rely on the Pentagon to determine the methods, manpower and material necessary to accomplish the mission…worldwide. And fourth, while kinetic warfare is necessary so is economic warfare. And this entails building the strongest American economy possible. Because only in this way can we exert maximum economic pressure on our adversaries. Sanctions should not be a symbol but a weapon employed continuously until our enemy surrenders…

K: Or is overthrown by its own people?

M: Yes. Economically, we lifted our foot off the throat of Iran at precisely the moment when we were about to get a positive response. Since then we have received no positive responses from them.

K: Any other tactics we should employ?

M: There are many. We need to get immigration policy right. We need to fight the ideology as we did with communism. We need a sophisticated war of ideas which will need to stay in place for decades as was the case in the cold war against the Soviets. In summary, all these tactics would need to flow from an administration which makes this war its top priority. Otherwise, we continue to lose.

K: So assuming that the next president does make this war his top priority, what would indicate to you that we are rolling back this threat and that we are winning?

M: You would know that we are winning when we were defeating the enemy on multiple battlefields. There is nothing more debilitating to a messianic movement than defeats in battle. If you believe you are divinely endorsed as do both the Shiite and Sunni jihadists, you faithfully believe that victory will come. If conversely, you are losing troops and territory, as was the case for al Qaeda in Iraq during the surge, you lose your ability to recruit new members to your cause. Our problem was that, having won the Iraq war, we precipitously and completely left Iraq which allowed the defeated remnants of al Qaeda in Iraq split into two entities al Qaeda (in various countries) and ISIS, both of which are much more formidable enemies now. Stop to consider if we had suddenly left Japan and Europe in 1945. What would they look like today?