The United States of Injustice 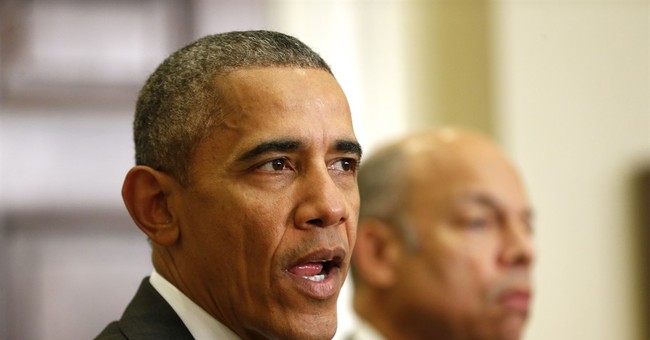 The leftist catchphrase “No Justice, No Peace” is something of a rarity in the progressive phrasebook because it contains a hint of truth.  You cannot have a peaceful society without justice – an unjust society teeters on the edge of chaos, held in place only by the force deployed by the elite at its head.  But thanks to the mindless quest for power by liberals, who heedlessly sacrifice justice for short term advantage, we are fundamentally transforming from a just society into something very different – and very dangerous.

Just societies prosper because the massive efforts expended to avoid injustice in unjust societies are turned to productive activities.  In a just society, citizens can trust in the system to protect their property rights, which encourages investment instead of stuffing cash in mattresses to safeguard it from being pillaged.  In a just society, taxation is based on the honor system; while the IRS does a few audits, it functions because most Americans generally calculate and pay what they owe themselves.  In a just society, power passes from party to party and back peacefully.

We are becoming an unjust society.

Look at Hillary Clinton, that poisonous, pant-suited toad whose shameless, felonious email antics would have her in a federal court docket if she was anyone else except the Democrat frontrunner. It’s not even a close call – those of us who dealt with classified information understand that had we done a tenth of what she did we would be spending the next decade transforming big rocks into little rocks at Leavenworth.  In fact, General Petraeus did just a tenth of what she did, and he was prosecuted.  But though her guilt is beyond question, she never, ever will be.  That is unjust.

So is the failure to hold Lois Lerner (or anyone else) accountable for the shameful IRS targeting of Obama’s political opponents.  Again, there is no question about guilt.  Yet by executive fiat, her felony – one that itself is the most basic kind of injustice – was hand-waved away for political convenience.

It’s not the old “rich man’s law/poor man’s law” cliché at play – this fault line is purely political, dividing Obama’s friends from everyone else.  So you have Hank Greenberg, founder of AIG, pursued for a decade on absolutely bogus charges, first by the odious Elliot Spitzer and continued to this very day by Democrat union lapdog New York Attorney General Eric Schneiderman.  Why?  Because he’s a wealthy Republican donor in the Empire State.  He also happens to be one of the country’s most generous philanthropists and has created well over 100,000 jobs — and counting.  No wonder liberals hate him.

Mr. Greenberg has the resources to fight back, and this decorated World War II veteran has done so for over ten years. But what happens when it’s working class people targeted by the liberal elite?  Drive through California’s parched Central Valley past the miles of fallow fields, deprived of water by coastal liberals more concerned with a fish than the families of the primarily Hispanic farmworkers who make their living feeding other Americans.  Their livelihoods were sacrificed on the altar of Gaia by a bunch of Prius-driving San Francisco twits without a real chance to be heard.  The Obama-toasting Bay Area libs get water; the “nobodies” in Bakersfield get dust.

We have a president who ignored the law to expand his socialized medicine scheme, a scheme imposed on the country not with a bipartisan coalition but by the narrowest of margins and via shady extra-constitutional machinations.  The Supreme Court aids and abets him; is it any surprise that the very first thing any lawyer does when getting a new case is to see what party the guy who appointed the judge belongs to?

We have a president who simply ignores laws he doesn’t like in order to import millions of people our representatives in Congress voted could not be here to take our jobs and, occasionally, murder us. We complain and he calls us “racists” from behind his phalanx of armed, occasionally-sober Secret Service guards.

Now he proposes to bring in tens of thousands of people from countries where a significant portion the population wishes to slit our collective throat, ignoring our wishes and lying to our faces that he’ll “vet” them first.  Yeah, after one of these alleged modern day pilgrims puts a bullet in you, you can discuss treatment options with the doctor who replaced the one you liked but didn’t get to keep while paying your newly-tripled deductible.

And when the next radical Muslim freak murders a bunch of Americans, if President Fail even bothers to mention it, he will label it another incident of “workplace violence.”  No, those shouts of “Allahu akbar” have nothing to do with Islam, you un-American monster.  They have to do with you law-abiding, freedom-loving Americans owning guns.  Time to turn them all in, leaving the only guns in the hands of the same people who spit on our country’s legacy.

The First Amendment?  Hey, America needs to be a safe space where liberals have absolute freedom of speech and the rest of us are free to shut up and listen to college Red Guard recruits shrieking about our privilege.  And you are free to practice your religion as long as you hide when doing it so the members of the God-booing Party don’t have to see it.  You sure as hell can’t live your religion’s principles, especially if they conflict with sacred liberal commandments like “Thou shalt not object to butchering inconvenient babies” and “Thou shalt call a dude a chick if he/she/it feels like a chick today, and also thou shalt let he/she/it into thine restroom to watcheth you pee.”

We are persecuted by our government.  We elect representatives and they are ignored.  We are subjected to a blizzard of laws, rules, and regulations imposed by an occupying army of leftist bureaucrats; friends of Obama are exempt.

Our rights are trampled.  Our money is confiscated to the extent that nearly half our labor is devoted to funding a government that is incompetent at every basic task besides oppression.  Our contributions to society are belittled, as if the welfare-sucking losers living on Democrat handouts built this country instead of us.

This is unjust.  This is wrong.  And this will not last.  Where there is no justice, there will be no peace.  Trump is only the harbinger of a much deeper anger, and a fully justified one.  It cannot continue; the status quo is not static, and injustice will create a reaction.  Upheaval is coming, and chaos looms if we stay this course.  It’s not too late to fundamentally transform back into a just society, but that would take a real leader.  And right now, we don’t have one.