No More Medicine, We Need a Cure: Government is the Problem, Not the Solution 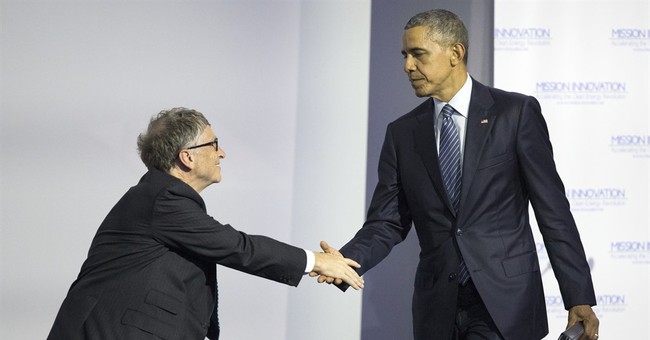 It seems as though every day Americans turn on their television sets to find the nation embroiled in yet another controversy. Last week we were focused on global terror; the week before it was the refugee crisis, police violence, and racism; and now conservatives and liberals are engaged in a heated debate about soda taxes. Both Democrats and Republicans have proposed solutions to these issues, but only one side has logical, valid answers to the problems plaguing this country.

While Democratic presidential candidates have offered many different solutions for the United States’ problems—ranging from increased gun violence to the constant rise of obesity—all the solutions have a common theme: more government involvement.

Constant government intervention has created many problems in the United States over the past century, but Democrats, beyond all logic, continue to think government still has all the solutions—even in failing cities and states that have been ruled by Democrats and centralized government advocates for decades without any real opposition from Republicans.

The U.S. government, as we know it today, is not in the business of solving problems. In fact, if the government were a business, everyone would have been fired long ago, bankruptcy would have been filed multiple times, and our federal and state budgets would have been balanced numerous times over, but that has yet to happen. Proponents of a strong government continue making promises they don’t keep, and Americans (at least, some Americans) continue voting them back into office. Consequently, what we see today is corruption at its finest—from both sides of the aisle. Thus, the “solutions” proposed by Democrats, which almost always feature some program or another that increases the power of the government, will only briefly medicate the symptoms of the disease, prolonging the pain and suffering of the American people. If this country is serious about solving our problems, our leaders in government are looking at these issues the wrong way.

Solving problems of any kind is a difficult, strenuous process that requires intense research and accurate analysis. The problem with government is they do not go through the proper steps to successfully analyze, diagnose, and solve the problems they are faced with. Their solution is increasingly, “Well that will sound good to the voters, so let’s roll with it.” That is not a responsible way to go about solving problems of any size—let alone issues of national and global reach.

I do understand that some problems are so convoluted and distorted that addressing the underlying issue is difficult. However, there are steps and methods one can follow to uncover such issues and accurately confront them. One such technique is commonly known as the Dewey Sequence Problem-Solving method, which is comprised of detailed instructions consisting of seven steps that could help careful leaders in government solve complex problems.

The seven steps are as follows: (1) define the problem, (2) analyze the problem, (3) determine criteria for optimal solution, (4) propose solutions, (5) evaluate proposed solutions, (6) select a solution, and (7) finally, suggest strategies to implement the solution. The government struggles to solve problems because often it does not even partake in step one of this sequence, causing it to misidentify the actual issue at hand.

Furthermore, solving American problems requires cooperation from both Democrats and Republicans. Unfortunately, the divide between the two parties displays the monumental differences that have become commonplace in the United States. Coming together to solve societal problems is now just as difficult as the actual process of problem solving. What began as minor discrepancies between contrasting ideologies has festered into a deep-rooted disgust for opposing sides—and often hatred for those who think, feel, and perceive reality in a manor different from their own.

This country has been to hell and back in more ways than one. Yet, despite all of our hardships, we have survived, thrived, and prospered together. Each generation of Americans has been better, stronger, and more unified than the last—until now. Thankfully, our future has not been written, we have the power to change course. To do that, we have to collectively realize that our similarities are more important than our differences. We need to recognize the United States of America is worth the sacrifice. We must set aside differences and work together to restore the greatness of our country for our generation and for generations to come.

An ancient African proverb states, “If there is no enemy within, the enemy outside can do us no harm.” We are fighting amongst one another, rather than for one another. We are now our own worst enemy.

Our government was made to represent the values of our people. Unfortunately, in its righteous attempts to make America better, the government has become too powerful, and now is the problem rather than the solution. We have a system of checks and balances in this country, but when all three branches of government are infected with disease, the people have the right and an obligation to check and balance those in power.