Ken Blackwell
|
Posted: Jun 06, 2017 12:01 AM
Share   Tweet
The opinions expressed by columnists are their own and do not necessarily represent the views of Townhall.com. 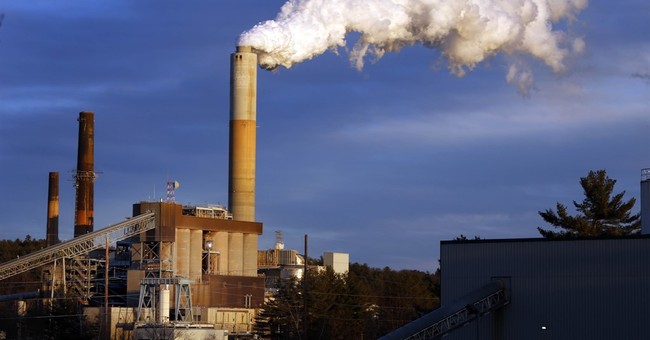 Editor's Note: This column was coauthored by Rick Manning.

Mr. President, when you visit southern Ohio on Wednesday to talk about rebuilding our nation’s infrastructure, please keep four words in mind: Grow the Electrical Grid!

During the campaign, you promised American workers that you would create more jobs for rebuilding America’s crumbling infrastructure. You doubled down on this promise in your 2017 State of the Union Address and said infrastructure investment would be guided by two principles: “Buy American” and “Hire American.” We applaud you for that.

As a builder, you know first-hand that nothing great can be built or rebuilt without a reliable source of energy. And restoring America’s deteriorating infrastructure system will place a tremendous demand on our nation’s energy infrastructure, namely, the electrical grid. Thanks in large part to the disastrous eight-year “War on Coal,” our grid is not ready for prime time.

Since the construction of modern power plants, coal has been the bedrock of our nation’s electrical system – generating more electricity than any other fuel source until just recently. Historically, coal-burning power plants have reliably met America’s demand for electricity, but that is changing rapidly and at an alarming rate.

According to data from the Energy Information Agency, since 2007, overall electricity generation in the U.S. has dropped from 4.005 trillion kilowatt-hours (kWh) in 2007 to 3.92 trillion kWh in 2016, while end use has only decreased from 3.89 trillion kWh to just 3.853 trillion kWh. The difference between electricity generation and end use, just 67 billion kWh of spare capacity, has dropped 42 percent in a single decade. This sharp decline in spare capacity raises legitimate concerns that our ability to supply enough electricity to keep up with demand could be compromised, making future brownouts a real possibility.

This predicament is further complicated when you consider that, according to EIA data, while residential electricity use has been increasing the in the past decade, industrial usage was collapsing, from 1.03 trillion kWh in 2007 to 936 billion kWh in 2016, a drop of 91 billion kWh. Had industrial electrical use remained constant from 2007 to 2016, national usage would have exceeded grid production last year.

In other words, the electrical grid is not prepared to facilitate an event requiring a significant increase in industrial use -- a massive, national infrastructure program, for instance. The grid’s ability to accommodate current demand is questionable, but one thing is for certain: it is not ready to sustain the demands of real economic growth in the near future.

And, if Obama’s War on Coal is allowed to continue in any way shape or form, we will drift further and further away from any hope of igniting true recovery. 374 coal-fired power plants in 37 states totaling 62,400 megawatts of electric generating capacity are are closing, directly attributed to EPA policies, hitting Ohio, Indiana, Pennsylvania, Alabama, Michigan and Kentucky the hardest according to data compiled by the American Coalition for Clean Coal Electricity.

Just in March, Dayton Power & Light Co. announced that two coal-fired power plants in Adams County, Ohio are closing because they will not be “economically viable beyond mid-2018,” without “significant changes in market conditions.”

Mr. President: we and millions of Americans, particularly those living and hoping to work again in the Ohio Valley region, hail you for pledging to end the war on coal. Still, we were disappointed to see that while the list of priority infrastructure projects released by the transition in January and the infrastructure initiative accompanying the federal budget included in the mix natural gas and renewable energies, there was nary a peep about coal. Hydroelectric, solar, and wind are like garnish on a plate – nice to look at, but insufficient for results. The real meat and potatoes of the energy strategy needed to fuel your plans for rebuilding our nation’s infrastructure starts with coal.

As anyone in the Ohio Valley can tell you, coal fuels a great America. As you consider the breadth of America’s needs to restore our industrial base, expanding the electrical grid must be foundational because without it, nothing else can happen. The people of Cincinnati and all up the Ohio River valley know this truth. They also know that the coal-fired utilities were shut down because they were made too expensive to operate by your predecessor’s anti-coal policies.

Reversing these policies, replacing them with policies that allow the immediate hardening (for national security purposes) and expansion of the electricity grid is a must for America’s economic future. The simply cannot grow that much without more capacity.

As a first step, let’s get those coal fired utilities back up and running along the Ohio River Valley as a true infrastructure priority.

Ken Blackwell is the former Mayor of Cincinnati and a chief domestic policy advisor to President Trump’s Transition Team. Rick Manning is the President of Americans for Limited Government.