Ken Blackwell
|
Posted: Dec 05, 2016 12:01 AM
Share   Tweet
The opinions expressed by columnists are their own and do not necessarily represent the views of Townhall.com. 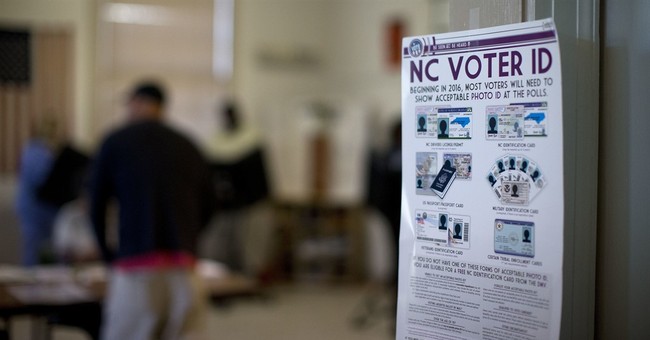 President-elect Donald Trump blamed his loss of the popular vote on election fraud. While that’s not likely, it doesn’t matter. Vote fraud is a serious problem that can subvert elections. The Trump administration should put electoral integrity at the top of its agenda.

What sets the U.S. apart from so many other nations is that the government is accountable to the people, who actually choose their leaders. In the case of Donald Trump, they rejected the virtually unanimous advice of their “betters,” the cultural, business, and political elites who expect to rule. Average folks took back America.

The greatest threat to democracy is subversion of the electoral process. Allowing every eligible citizen to cast a ballot is obviously vitally important. But so is ensuring that those not eligible do not vote. Cheating is not a victimless crime. It threatens democracy.

Of course, the Left insists that vote fraud is a myth. Yet if that is the case, then why the steadfast resistance to the simplest forms of ballot security, like requiring voters to show valid ID or prove citizenship when they register to vote?

Obviously, there are celebrated cases of vote fraud in American history. Lyndon Johnson made it into the U.S. Senate—and ultimately the presidency—with just enough ballot-stuffing in Texas. Cheating in Chicago likely handed Illinois’s electoral votes, along with the presidency, to John F. Kennedy in 1960.

We know that the dead, along with foreign citizens, are voting here today. We don’t know their total numbers, and it isn’t likely a couple million. But it doesn’t have to be that many to swing a presidential election, as was evident in Kennedy’s triumph.

In three of our last six contests, relatively small vote shifts would have changed the result. A thousand extra votes for Al Gore in Florida in 2000 would have handed him the presidency. Four years later a couple hundred thousand votes in Ohio would have made John Kerry president. Last month a few tens of thousands of votes would have swung Michigan, Pennsylvania, and Wisconsin to Hillary Clinton, giving her victory.

Moreover, every election cycle a handful of House and Senate races are decided by small, sometimes tiny, margins. Even more so at the state and local level. If illegal voting becomes commonplace, it will change the character of American government. The consent of the governed will no longer control.

One of the biggest problems and what makes vote fraud possible is inaccurate voter rolls. The American Civil Rights Union (ACRU) has been monitoring counties whose registration lists include more names than residents eligible to vote. It has sued, when necessary, to force local officials to adopt procedures to clean up and maintain their voter rolls.

It doesn’t matter whether the cause of the errors is malice or incompetence. Inaccurate rolls provide fertile ground for vote fraud, especially if there are no ID requirements.

Of course, we can always pretend that no one would cheat. But as Bob Knight of the ACRU reported, Pennsylvania has hundreds of voters registered who are from 100 to 200 years old, and many of them have been energetically casting ballots, election after election.

There’s no innocent explanation. And Pennsylvania is one of the swing states that made Donald Trump president-elect. A few more of these mysterious voters and Hillary Clinton could have carried the state.

In September the Public Interest Legal Foundation (PILF) published a report detailing illegal voting in Virginia, a “purple” state whose electors were eagerly sought by both major presidential aspirants. Some state races there have been incredibly close: The 2013 attorney general race was decided for the Democrats by 165 votes out of 2.2 million cast.

Yet PILF discovered that in Virginia, too, some jurisdictions had more registered voters than eligible residents. The group concluded: “Based on voting history records, large numbers of ineligible aliens are registering to vote and casting ballots.” It found that in just eight of 133 jurisdictions more than 1,000 foreigners had registered and a fifth of them had voted before being dropped from the rolls.

The Obama Justice Department has ignored the problem and even sued the state when Florida sought to clean its voter rolls before the 2012 election. At the same time, the department prosecuted plenty of  people for other offenses. One suspects that Obama’s DOJ would have shown greater interest if it believed that illegal votes were being cast for Republican candidates.

A new administration will be taking over in January. There will be a new attorney general, Sen. Jeff Sessions. Combatting election fraud should be at the top of his agenda because America’s democracy is worth protecting.