Persecuted Christians Abroad Have Lessons For Us All 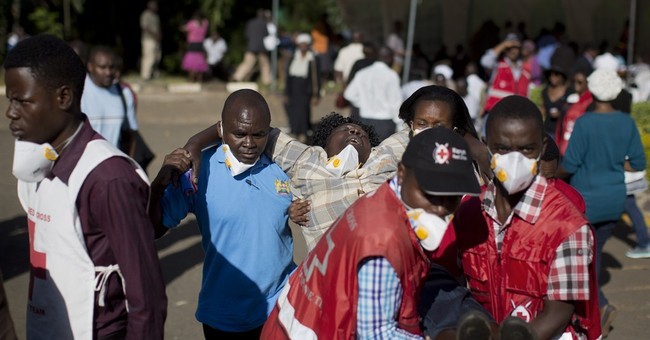 As a political firestorm broke lose just before Easter in and around Indiana, it quickly became clear that our society has lost the ability to talk about religious liberty. Some see it as code for bigotry. Meanwhile, the word "tolerance" is bandied about by people insisting on an adherence to a form of secular intolerance.

A presidential candidate who truly wants to lead could help change that.

Pope Francis has said that there are at least as many martyrs today as during the times of the early Church. This isn't an academic debate. And even as we've been touched by the testimonies of relatives of Christian martyrs in the Middle East and Africa, it still may seem a world away. A visit to that area from a American presidential candidate could lead the way in bringing the tragic and inspiring stories home.

The effort would serve multiple purposes. A trip to Iraq or Africa would mean actually meeting the people, getting to know and understand their lives and needs better, forging relationships. That can be of benefit for both security and humanitarian reasons.

Andrew Doran, co-founder of the advocacy group In Defense of Christians, says: "America ought to stand with those who share its values. America invariably goes wrong by placing too much trust in faux allies, such as the Morsi regime or the Maliki government or "moderate" Syrian rebels or the Gulf Arabs."

Robert A. Destro, professor of law at the Catholic University of America and founder of an interdisciplinary program in law and religion, adds: "Such a visit would also highlight the important role the Kurds and Jordanians are playing in the region. The sad truth is that the United States has no strategy: Everything we do over there ... is a reflection of domestic politics, not strategic thinking about what's in the best interests of the United States and of the long-suffering people of the region."

"Religious freedom is a sacred space that must be protected in the name of civilization," Nebraska Rep. Jeff Fortenberry, co-chair of the Caucus for Religious Minorities in the Middle East, tells me. "Middle Eastern Christianity ... has provided multiple civil society benefits to Muslims -- including schools and hospitals. He adds: "Military might cannot ultimately win, but the demand for human dignity can."

The Christians today who know they may die simply for being Christian can teach us a thing or two about integrity, and they can show us why it's crucial that they remain where they are, in the birthplace of Christianity. As Destro points out, "Americans don't know much about their Christian brothers and sisters over there."

He adds a visit to the area by an American presidential candidate would be a "bonanza for the humanitarian agencies like Catholic Relief Services and World Vision." For anyone seeking to be president, it would not only demonstrate some mature leadership, it would also be the decent thing to do.

Everyone benefits from protecting human dignity.

Speaking during a "religious freedom summit" put on by New York Archbishop Cardinal Timothy Dolan just before Easter, an imam suggested that Muslims take a lead from Catholics and others who have worked to integrate their faith into a pluralistic society. Truth be told, Christians in the West have miles to go yet in terms of emulating Christ, but in walking that humble walk, by seeing God in others, they do make a difference.

When, not all that far from where Christ was crucified, modern-day martyrs are facing similar fates for following Him, we can all learn a thing or two about just how precious religious freedom is to life, communities and civilization.

So: Do you want to be president of the United States? Start planning your trip to meet the persecuted.