Western Conservative Summit Gets Its Right-Wing Bling On 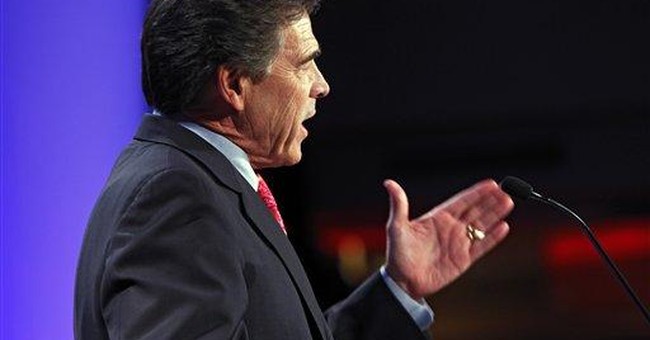 Hillary Clinton probably won’t show up at the Sixth Annual Western Conservative Summit in Denver, but not because she hasn’t been asked. Inclusiveness being a conservative value, Summit host John Andrews, director of the sponsoring Centennial Institute, invited her, but disappointingly hasn’t heard back from her people. Andrews also revealed that while Bernie Sanders definitively declined the invite, he’s still waiting to hear from Martin O’Malley.

Somehow the show will go on without them in its usual lively and independent fashion. The weekend of June 26-28 the 4,000 attendees at the Summit (www.westernconservativesummit.com) will hear from stellar presidential contenders Walker, Carson, Huckabee, Fiorina, Perry, Santorum and Pataki, and also learn how to turn their beloved America rightward in dozens of dynamic citizen action workshops.

“We’re different from the conferences on the East or West coast because this is heartland America, and our Summit has the heartbeat of the real America,” says Andrews. “We have people coming from 40 states who are seriously engaged with politics, or who want to become engaged, people who realize our freedom is not secure unless it’s rooted in faith and family.”

The faith and family emphasis comes from the partnership of Colorado Christian University with its think tank, the Centennial Institute, in orchestrating the Summit. At the same time, the event includes a growing Jewish conservative contingent with Shabbat services on Saturday and participation in Sunday Chapel. Ronald Lauder, businessman and resident of the World Jewish Congress will address the crowd on the roiling Middle East debacle: “The Fatal Triangle: Israel, Iran, America.”

Conservatives will have a rocking good time too, networking, exchanging views, and enjoying the cowboy tunes of singer-song writer Michael Martin Murphey.

Media luminaries like Townhall editors and radio and Fox News commentators Katie Pavlich, Mary Katharine Ham and Guy Benson will also take the stage. Pavlich will defend the Second Amendment in a double-barreled debate entitled “Gun Control Endangers Us All” versus liberal talk show host Mark Levine (not to be confused with legendary conservative host Mark R. Levin.) Ham and Benson will discuss “Why the Left Wants to End Discussion,” the topic of their sizzling new book, End of Discussion: How the Left’s Outrage Industry Shuts Down Debate, Manipulates Voters, and Makes America Less Free (and Fun.)

The presidential contestants will make their cases to the Summiteers at gala banquets on Friday and Saturday nights and be grilled on their plans should they be elected. Popular national radio talk show host Hugh Hewitt and Byron York, Washington Examiner columnist and Fox News pundit, will be doing the grilling with pungent questions on the juiciest, most controversial issues.

The Summit’s 30 Citizen Action Workshops will train attendees on policy issues and grassroots tactics to make America the best that she can be. Hot topics include education reform and school choice, influencing with social media, the future for people of faith, how the global warming madness harms the poor, defending gun rights, lessons from the left with Americans for Prosperity, and dozens more.

From the beginning, intellectually arming the next generation of young conservatives with the timeless truths of America’s history and founding principles that are often neglected in the public schools has been a special focus of the Summit. Accordingly, high schoolers can attend the Summit at no charge through the Summit’s Shining City Scholarships (see the Buy Tickets Now page on the website) and under-30’s can soak up the entire three days of inspiration and insight for only $100.

For those ages 16 to 20 who want to discover and hone their leadership skills, learn about politics, have fun and make new friends while sharing ideas about America’s future, there’s the Young Conservatives Leadership Conference (http://www.ccu.edu/centennial/young-conservatives-leadership-conference/) headed by the dynamic talk show host, author, and constitutional law professor Hugh Hewitt. For only $250 these youths will spend an extraordinary five days at Colorado Christian University, lodging, meals, activities included, and then attend the 3-day Summit in Denver. Among the instructors will be 31-year-old Australian Nick Adam, author of The American Boomerang, How the World’s Greatest Turnaround Nation Will Do It Again; conservative youth organizer, journalist and founder of Turning Point USA, 21-year-old Charlie Kirk; best-selling Christian author Lee Strobel; columnist and Centennial Institute Director John Andrews; and former senator and CCU President Bill Armstrong.

Says Andrews, “the Summit brings together freedom lovers who want government to be conducted at the highest standard, can't be seduced by utopian illusions, and understand George Washington’s warning that government is as dangerous as fire and must therefore be held in check.”

Provocative, exciting, passionately in love with America and never politically correct, the Western Conservative Summit promises once again to be a lifeline of creative ideas to bring our country back from the brink.