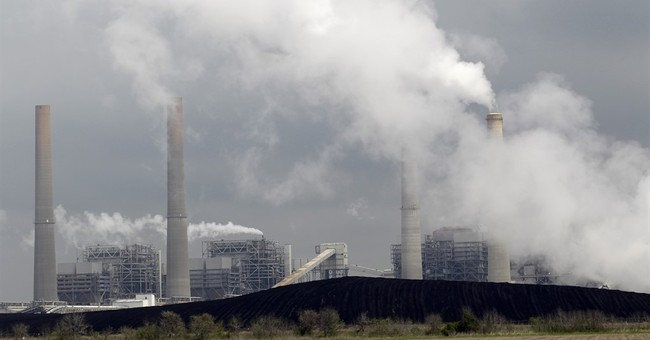 Thomas Collier is a Democrat who managed environmental policy for Bill Clinton and Al Gore. Then he noticed a mining opportunity in Alaska, one he calls "the single largest deposit of gold and silver

Tom's company hired hundreds of people to study the Pebble Mine's potential environmental impact, a first step before asking the Environmental Protection Agency for permission to dig. Usually, the EPA analyzes a company's study, then does its own research, then rules. But in this case, the EPA did something odd -- it rejected the mine before Pebble even got its application in.

So why would the EPA do that? It's simple: the agency has been captured by environmental zealots.

One of the world's biggest environmental groups, the Natural Resources Defense Council, opposed the mine. The NRDC doesn't do science well -- it employs mostly lawyers, not scientists -- but the lawyers are good at raising money by scaring people about supposed environmental "disasters" like mines.

"The things that NRDC is talking about are from an age far in the past," says Tom Collier. "Now you can build a safe mine."

He points out that two big mines "sit right on the edge of the Fraser River ... the second largest sockeye salmon fishery in the world. ...No problem with the salmon."

To arouse public opposition to the Pebble Mine, the NRDC funded TV ads that claim the mine will mean a "natural paradise (is) destroyed by a 2,000-foot gaping hole." The mining company will build "huge earthen dams up to 50 stories tall, holding back billions of tons of mining waste." That sounds frightening, because the NRDC doesn't mention that the "waste" is sand -- not some poisonous chemical.

Actor Robert Redford lent his voice to the ad, claiming, "The EPA has confirmed that the Pebble Mine, a massive gold and copper mine, would devastate Bristol Bay." After watching that ad, I thought the proposed mine must be right next to Bristol Bay, but it turns out that the Bay is 90 miles away.

It also turns out that some NRDC activists now work for the EPA, and although activists aren't supposed to get involved in issues pushed by the agency, they do it anyway. The NRDC's Nancy Stoner became an EPA regulator. Then she wrote her former colleagues, "I am not supposed to set up meetings with NRDC staff," referring to a pledge she signed not to participate in any matters directly involving her former employer. Then she got around these restrictions by qualifying that she could attend such a meeting if "there are enough others in attendance."

Isn't that revealing? It's the evil private-public "revolving door" that activists usually complain

She didn't respond to my questions, so I asked NRDC spokesman Bob Deans about his group "colluding with regulators" to shut down a mine. He smoothly replied, "NRDC is a source of expertise, and sometimes government takes advantage of that."

I asked Deans, "Are there some mines you don't complain

He said, "Sure." But when I asked him to name "any mines" that NRDC "doesn't oppose," he failed to come up with any.

"NIMBY" used to be the anti-economic-growth refrain. Luddites shouted, "Not in my backyard!" Now, watching bureaucrats stop projects such as the Keystone oil pipeline and the Pebble Mine, it's clear that the phrase has become "BANANA": "Build absolutely nothing anywhere near anyone!"

I wish activists would personally experience the economic devastation that occurs when they block every project that might have a slight impact on nature.

Alaskans who still live near the Pebble Mine site say the activists killed their dreams. "The environmental groups," said Lisa Reimers, "made people believe on TV that everything was going to die."

When Pebble ramped up, Reimers' company employed 215 people. Only six remain. "You see your people struggling and you have to let them go," Reimers told us. "There are no jobs here, and they're angry at you because they think it's your fault."

Propaganda is what the NRDC produces. It shouldn't be the basis for EPA policy. These days, too often, it is -- because activists and regulators collude.