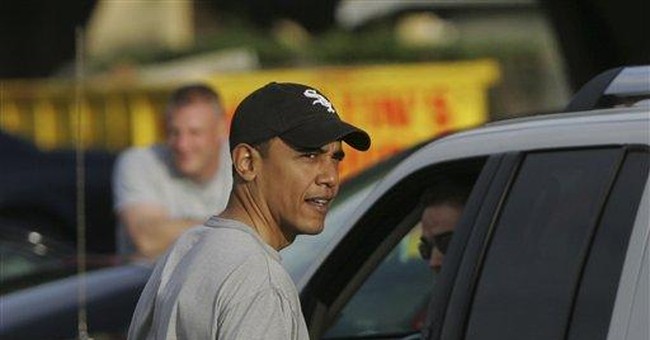 Barack Obama wants to use the recession to remake the U.S. economy. "Painful crisis also provides us with an opportunity to transform our economy to improve the lives of ordinary people," Obama said.

His designated chief of staff, Rahm Emanuel, is more direct: "You never want a serious crisis to go to waste."

So they will "transform our economy." Obama's nearly trillion-dollar plan will not merely repair bridges, fill potholes and fix up schools; it will also impose a utopian vision based on the belief that an economy is a thing to be planned from above. But this is an arrogant conceit. No one can possibly know enough to redesign something as complex as "an economy," which really is people engaging in exchanges to achieve their goals. Planning it means planning them.

Obama and Emanuel want us to believe that their blueprint for reform will bring recovery from the recession. Yet we have recovered from past recessions without undertaking a radical social and economic transformation.

In fact, reform would impede recovery.

This is not the first time a president chose reform over recovery. Franklin Roosevelt did it with his New Deal, and the result was long years of depression and deprivation. Roosevelt's priorities were criticized not just by opponents of big government but by none other than John Maynard Keynes, the British economist whose theories rationalized big government. Before FDR had been in office a year, Keynes wrote him an open letter, which was printed in The New York Times:

"You are engaged on a double task, Recovery and Reform; -- recovery from the slump and the passage of those business and social reforms which are long overdue. For the first, speed and quick results are essential. The second may be urgent, too; but haste will be injurious. ... [E]ven wise and necessary Reform may, in some respects, impede and complicate Recovery. For it will upset the confidence of the business world and weaken their existing motives to action. ... Now I am not clear, looking back over the last nine months, that the order of urgency between measures of Recovery and measures of Reform has been duly observed, or that the latter has not sometimes been mistaken for the former."

Note Keynes's concern. Government interventions, such as the cartelizing of industry through the National Recovery Administration, "will upset the confidence of the business world and weaken their existing motives to action." In other words, investors will not take the risks necessary for recovery if their profits and freedom are subject to unpredictable government action. Economic historian Roberts Higgs calls this phenomenon "regime uncertainty."

Keynes's letter apparently had little influence on Roosevelt, who stuck to his plan. In his second inaugural address a few years later, FDR feared that signs of recovery had jeopardized his reform plans by removing the sense of emergency: "To hold to progress today, however, is more difficult. Dulled conscience, irresponsibility and ruthless self-interest already reappear. Such symptoms of prosperity may become portents of disaster! Prosperity already tests the persistence of our progressive purpose." (Emphasis added.)

What a shame. Free people enjoying their lives make it harder for the administration to forcibly impose its utopian vision on them.

Obama wants to act quickly. In the name of stimulating the economy, he plans to spend hundreds of billions of dollars the government does not have to convert the economy from carbon-based fuels to "green" alternatives. Even if that were a good idea -- and it's definitely not -- it would not bring recovery. Any money the government spends must be taxed, borrowed or conjured out of thin air by the Federal Reserve, and that will reduce sound private investment. Obama has no real wealth to inject into the economy. He can only move around existing money while inflation robs us of purchasing power. Meanwhile, private investors who might have produced a better engine, battery, computer, cancer treatment or other wealth-creating and life-enhancing innovations hold back for fear that big government will undermine productive efforts.

The way to a lasting recovery is to greatly lighten the burdens of government. Then free Americans will save and invest.