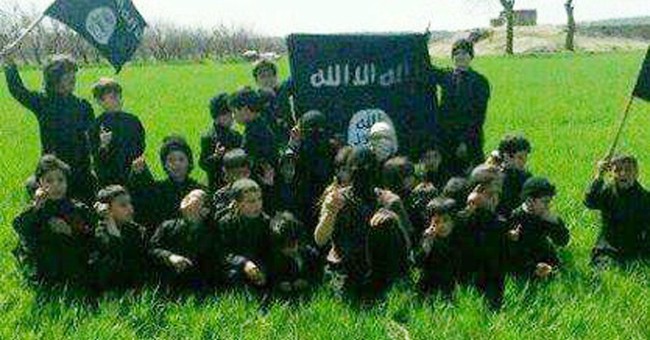 Forget shutting down the government.

Lock down the White House instead.

This morning a news story alerted me to the fact that an Army base in Texas was on lockdown after a suspicious vehicle was found.

“A lockdown was ordered at a U.S. Army base in San Antonio on Sunday night in what a military spokesman described as a ‘high-security incident,’” reported Reuters, “while adding there was no threat.”

But since a vehicle was involved one can assume a bomb was suspected. Since an arrest was made, perhaps more than suspected.

Similarly tensions are high in Ferguson Missouri, after a combination of race baiting and poor judgment have left police and residents confrontational while a grand jury deliberates the fate of a cop who killed someone while just doing his normal job.

“Despite preparations for a weekend decision in the Ferguson shooting case,” reports ABCNews, “the grand jurors apparently need more time to deliberate, and the uncertainty just seemed to feed the anxiety and speculation Sunday in a city already on edge.”

Members of the Black Panther Party were arrested last week in connection with an alleged plot in Ferguson to protest WHATEVER the grand jury decides by blowing up people.

Similarly, in eastern Afghanistan 40 people were killed in an explosion at a volleyball match when a suicide bomber yelled the ubiquitous “Allah Akbar!” and pressed the button.

“The assault came a day after reports surfaced that the Obama administration had expanded the U.S. military’s role next year in combating the Taliban and other militants,” says the Washington Post, “and hours after Afghanistan’s parliament green-lighted a bilateral security pact allowing roughly 12,000 U.S. and international troops to remain past the end of this year.”

And then there is the case of Senator Rand Paul, who all legal and constitutional, called for a declaration of war against ISIS. Presumably this is in anticipation of using U.S. ground-troops to beat back the Islamists in Iraq.

“Paul's resolution is just one of several circulating on Capitol Hill that would give Obama specific authority to combat ISIS,” says CNN, “though Paul's is reportedly the only one that would formally declare war.”

If you noticed a pattern of malcontents bombing and killing people because they lack the moral clarity to win on the battlefield of ideas, where--you know?-- truth is a potent weapon, then congratulations. You’ve managed to do what media outlets have failed to do for six long years.

I’ll remind everyone as we witness Secretary of Defense Chuck Hagel resign as the whipping boy for the administration—to a great extent deservedly, at least for the company he’s kept—that no Secretary of Defense could have executed the policy prescriptions of Obama who somehow confused withdrawing our successful army from Iraq with actual peace.

As my friend Tony Marsh reminded me, as the Obamacare czar, Kathleen Sebelius, resigned, “Nobody will be able to implement this whacky law.”

Similarly no one will be able to stem the growing chaos in America, or the confusion of American interests until we get the whacky president to stop proposing whacky things.

But I suggest that a lockdown of the White House is better.