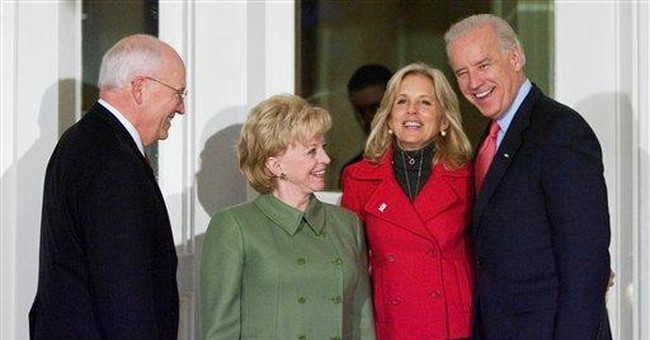 Two recent, superficially unrelated articles should make us wonder why we permit the upside down world foisted upon us.

The first piece, “The End of History, Part II,” by Lynne V. Cheney, appeared in the April 3rd Wall Street Journal online. She opens with a slice of Ronald Reagan’s famous words at the Brandenburg Gate in 1987, in which he calls for Mikhail Gorbachev to, “come to this gate! … Mr. Gorbachev, tear down this wall!” Those of us who had lived with the threat of Communism’s promise of world-wide domination (sound like ISIS?), thrilled to hear yet another American president speak brave words to the face of a political system that murdered or imprisoned far more peoples and nations than any other in our planet’s history. The full and enriching story behind that speech and indeed, Reagan’s years long strategy to defeat the hegemon without war is stirringly detailed in Paul Kengor’s, The Crusader: Ronald Reagan and the Fall of Communism (2007).

What Cheney shockingly reveals, however, is that according to the College Board’s new Advanced Placement U.S. history exam, this was really a period of “increased assertiveness and bellicosity” on the part of the U.S. The rest of her article flays other upside down views of American history imposed upon the minds of the half-million students who will take it each year. Because it is multiple choice, each student is penalized for not providing the same “right” answer no doubt ground into captives of North Korean re-education camps. If ever there was a time for ‘assertiveness’ about this and so many other delusional tales of the revisionists, it is now.

Also, upside down is the toxic positioning of multiculturalism. In a thoughtful article by Kenan Malik in the March/April 2015 edition of Foreign Affairs, he concludes in, “The Failure of Multiculturalism” that a variant of assimilationism is the key, and notes that full integration usually occurs not as a result of state policy, but via civil society. Yes and No. It all stems from notions of community versus society—where Germany decided to isolate the Turks refusing them citizenship and where France considers every person an individual citizen rather than part of a group. What is unfortunate about Malik’s thesis is that the social engineers on the left—aging children of those who gave us The Great Society—might wish to interpolate his ideas and graft them on U.S. society.

Here, we have had striking successes and failures with an assimilation approach, and much has been learned. Consider that for over two hundred years, legions of immigrants from practically everywhere in the world have made this blessed land their home—with one flag and one language, we managed to unite while preserving the beautiful and colorful customs of too many cultures to list. That success was universal—to varying degrees—with every race but one.

This writer will always contend—despite my youthful allegiance to its principles and its party—that The Great Society, though nobly intended, served only to create a New Plantation, on which African-Americans, through not so subtle racism laced with living stipends, were tightly clutched and corralled to be separate and definitely, unequal. It is a beacon for the human spirit that so many of the socially enslaved tore free from those bonds and in ever-increasing numbers have moved into much more desirable levels of prosperity.

The “soft bigotry of low expectations” (Michael Gerson for George W. Bush) has been a plague upon this nation for too long. Insisting upon an earned high school diploma for every child, on a job—any job—supplemented via workfare if need be, and neighborhood agencies fostering full natal care along with two-adult parenting are first steps to a world, for a change, right side up.