Giving Caesar His Due 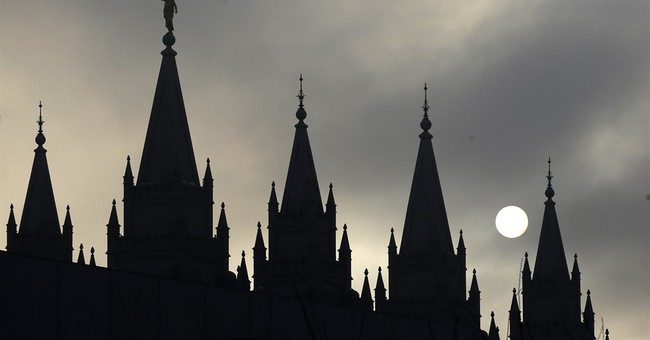 If you’re not engaged politically, you’re not much of a Christian. Standing aloof from the critical issues of our era is hardly Christ-like. And, failing to be engaged, informed, and active is failing to fulfill the law of Christ.

These statements may sound intolerant, and certainly insensitive, but Christ wasn’t someone who engaged in faux compassion. He loved enough to confront evil, even if it meant bruising ego or offending someone’s sense of self or propriety. After all, the “wages of sin is death,” and the compassionate don’t stand idly by while an ocean of humanity cascades off a precipice. And, it isn’t compassionate to endorse political policies, by express consent or by the insidious endorsement of silence, that result in an unfettered reign of terror, mayhem, and the creation, displacement, and politicization of a tattered mass of refugees. It isn’t compassionate to allow evil to advance in the world, to pursue empire and to bring peoples under the subjugation of Shariah.

Neither Christ nor Thomas Jefferson approve of the notion of “separation of church and state.” Liberals have been very successful in creating the false dichotomy of faith and politics. The separation notion is a thinly veiled fiction derived from an innocuous sentence in a letter drafted by Jefferson. One would think that the separation notion was engrossed in elegant cursive and set in the grandeur of The Bill of Rights. But, in fact, it is based on a throw away line, seized on by desperate minds, and swelled into morbid obesity by the hostile anti-Christian. There has been a great gulf fixed. but not because Christ created the rift. In fact, an oft cited passage teaches the opposite.

During Christ’s earthly ministry, he was often found teaching in the temple. Jesus was approached by the Chief priests, scribes, and Pharisees on many occasions hoping to ensnare omniscience in one of their silly, contrived conundrums. These men were the experts in the law of Moses and prided themselves in their fastidious observance of traditions. The Gospel of Luke records that these religious leaders approached Christ and asked, “Is it lawful for us to give tribute unto Caesar, or no?” One can imagine them snickering into their sleeves, gleefully reveling in trapping Christ between the interests of the state and of the people. It seems that the Chief priests subscribed to the separation of church and state fallacy. How could Christ possibly reconcile what appeared to be diametrically opposed interests?

The Lord asked the Pharisees to produce a denarius, the principal Roman silver coin, and said, “Whose image and superscription hath it?” The priests responded, “Caesar’s.” Then Christ said, “Render therefore unto Caesar the things which be Caesar’s, and unto God the things which be God’s.” At this, the Pharisees were dumbstruck. The Bible says, “they could not take hold of his words…marveled at his answer, and held their peace.” With this Christ delineated two duties that are complimentary, codependent, not mutually exclusive.

Christ commands Christians to give Caesar his due. This means far more than just paying taxes. Just as a Christian’s duty to God doesn’t end with the ringing of coins off the sides of an offering plate. It would be a sorry Christian indeed who was ignorant of the tenants of his or her faith, whose claim to the title of Christian was devoid of good works, and who shrank from every opportunity to stand for the eternal truths communicated in the Bible.

It is an equally shameful thing to be ignorant of the duties incumbent on every citizen and to be so disengaged from political discourse that even the fundamental aspects of our republic are foreign or shrouded in mystery. But, this is the condition of many, many Christians who, far from being ashamed of their ignorance, wear it as a badge of honor and scurry under the skirts of their sanctimony when threatened with a political discussion. We have not so learned Christ and our forefathers would be appalled at the cowardice of people claiming faith. We have surrendered the public square to the secularists and mutter to ourselves in our pews about the tragic disintegration of the civil society—it decays because its stewards, people of faith, have left it abandoned, treating the realm of real politic like some filthy thing unbecoming of their dignity.

But, Christ is still asking this question, “whose image and superscription hath it?” What a privilege it is for us to respond with “Lincoln” or “Washington.” Ours is a noble superscription undreamt of in Caesar’s day, “In God we trust.” How powerful is that question. When Christ asked it in the temple, a Christian’s duty was to a despot, but to us it is to Liberty. And, what an infamy it is that Christians have not rendered to Liberty the duties incumbent on the noble citizen. If the republic burns, it will be because its people of faith refuse to extinguish the flames.

As Christians, we have it laughably easy compared to the extermination operations of ISIS in the Middle East. But, the barbarity is advancing and has brought murder and mayhem to Paris. Under a feckless Obama administration, the horrors of the Middle East will inevitably wash ashore again and blood will spill. Our duty to Liberty is to engage in politics and thwart the liberal agenda that does not understand the nature of evil in the world. The naiveté of the liberal is a danger to us all and a true national security threat. Giving Caesar his due requires good men to combine and make their voices heard in the public square, to faithfully discharge the duty of the ballot box, and vote for candidates that honor the Biblical principles that underly the republic’s most sacred document, the Constitution.

“When bad men combine, the good must associate; else they will fall one by one, an unpitied sacrifice in a contemptible struggle.” Edmund Burke