John Kass
|
Posted: Feb 01, 2018 12:01 AM
Share   Tweet
The opinions expressed by columnists are their own and do not necessarily represent the views of Townhall.com. 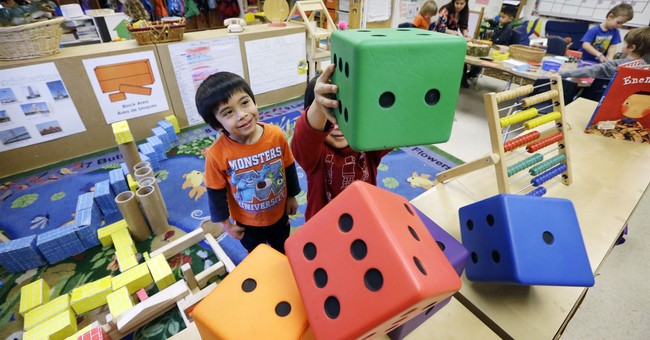 One of the worst things that happens to adults is that they forget what it's like to be a kid.

This brings me to an interesting debate over a trend going on in schools these days: The banning of best friends, because by definition "best friend" is an exclusionary business.

It involves educators and social engineers on the left and conservatives on the right, and all have much to say. And all of them have one thing in common: They're adults.

Kids know how to deal with adults. They walk in the land of the giants. Some learn to trick adults and tell them what they want to hear. At least the emotionally smart kids learn quickly.

They learn the appropriate prompts, the reassurances, the tricks of language and facial expressions to give just enough but not too much.

Even helicopter parents, so intent on hovering and maintaining low altitude, may find their field of vision is limited.

And so the hidden world of kids often remains another country to them, unknown. But teachers know. The good ones know.

Teachers see what children are capable of, how they treat each other, what they've learned at home, what they haven't learned.

Some adults, most likely those who aren't teachers, idealize the memory of childhood. Others go the other way and liken it to "Lord of the Flies."

Other adults repress what happened to them as children. If you say you haven't repressed things that happened to you as a kid, just look in the mirror and tell yourself that.

And a few of us try to use what leverage we have as grown-ups to socially engineer injustices of our childhood, as if policy is a time machine. But policy isn't a time machine.

Still, when I was in sixth grade, a teacher gave us a horrible assignment. We were told to write out the name of our best friend.

It was a question full of traps and social mine fields, although we didn't think in such terms then. Some jotted down names quickly, but others of us were just plain scared:

What if you put a name down, but that kid didn't list you as your best friend?

But I didn't have that problem. Mark, my best friend, had died. He was a brilliant boy, kind and funny, a young man of science, and we planned on being astronauts together at NASA. We sent sketches and designs to NASA about the rocket belts we'd build, and NASA wrote back to encourage us.

Mark had a congenital heart condition. He couldn't run or roughhouse with the others. When he tried, his lips would turn blue. So we'd stop and just sit on the swings at recess.

And being his best friend, I stayed with him and didn't run or roughhouse either. So both of us became isolated from the rough and tumble.

Girls at the time cared desperately about clothes and popularity. Boys cared about athletic prowess and physical power. But Mark was no athlete. And ultimately, his bad heart killed him.

So I left my paper blank and began the excruciating long walk to my teacher's desk, and stared at his watery eyes when I put my paper before him.

I half expected him to announce my blank paper to the entire class. He didn't.

And this brings me back to all this talk of banning best friends at schools.

Apparently it started a year or so ago, when it was reported that at Thomas's Battersea, the school attended by some English royals, school officials banned best friends.

The idea was to reduce favoritism and promote inclusion within the classroom. Some American had already begun this practice.

"The phrase best friend is inherently exclusionary," writes psychologist Barbara Greenberg. "Among children and even teens, best friends shift rapidly. These shifts lead to emotional distress and would be significantly less likely if our kids spoke of close or even good friends rather than best friends. And, if kids have best friends, does that also imply that they have 'worst friends?'"

Yes, it does imply that.

It's a condition called "life." It's not a subject, but you either learn it or you don't.

Schools banning best friends won't change human nature, or undo years of cruelty inflicted by parents desperate for their children to be in a "popular" crowd. But schools can help.

My wife, a teacher, tells me of a great middle school where the kids, like children everywhere, cliqued up, even at lunch. Other children were left to eat alone.

So a wise principal came up with a great idea.

Hand out cards with numbers that corresponded to lunch tables, with new numbers and new tables every day. Some kids balked but they went along. They sat next to students they wouldn't have talked to otherwise. Eventually, they talked to each other. They learned.

Adults may forget that schools really can't mandate kindness. But they can encourage it. Kindness isn't math or science, but it, too, can be learned.