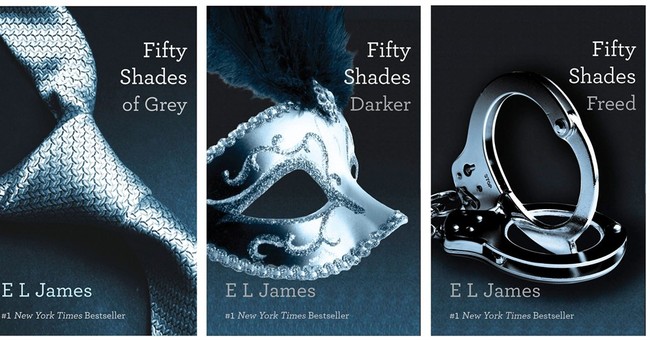 Last week I was at a dinner with about 20 people and I happened to be surrounded by 7 women. One of them mentioned 50 Shades of Grey and as it turned out, every last one of them had read the book (Incidentally, two said it is "disgusting" and the other five like it). It might surprise you that so many women have read the book – well, until you find out that 100 million copies have been sold. When you consider that you can supposedly hit the New York Times Best Seller List with a few hundred copies moved per week, you start to realize how much of a cultural phenomenon this book has become.

Unlike a lot of other men, I do occasionally like to consume books, movies and TV shows that seem unappealing just because they really strike a chord with women. Sometimes they’re surprisingly tolerable. For example, despite the fact that all the characters were shallow and not very likable, Sex and the City was a fun show…well, for the first three seasons when the characters were engaged in funny dating hijinks. As a single man, watching the show almost made me feel like I was getting tapes from behind enemy lines that let me know how women think. Then, all of the women got into relationships and the show started focusing on their friendships and it turned so excruciatingly bad that I never finished watching the series. Also, don’t tell anybody, but I “kind of” like The Notebook -- not enough to watch it again or anything, but it was tolerable for a romantic movie. On the other hand, Twilight was “keep your head away from the noose lest you’re tempted to end your suffering” bad.

As a man, reading the book was probably as dull as looking at the pictures in a Playboy magazine would be for most women – and that’s not just because the writing is bad. The 21 year old heroine, Anastasia Steele, is not a particularly interesting person and her constant talk about how her “inner goddess” feels is annoying. Ironically, that’s probably a big part of why the book is so appealing to so many women. Anastasia is generally attractive and a little puckish, but she’s not so exceptional that women couldn’t imagine themselves being in her shoes.

On the other hand, as you read about Christian Grey, despite the fact that the book describes him as an almost surreally attractive billionaire, you can’t help but think, “That guy has severe issues.” Granted they’re explained by his background, but as you’re reading about his “Red Room of Pain” and the long, weird dominance/submissive contract he gives to Anastasia, you just want to tell her to run.

Of course she doesn’t run because the issues are part of the point. Christian Grey has to be screwed up or there’s no drama for the heroine and no opportunity for her to “heal” him by, well, liking him and having sex with him a lot. In fact, and this may surprise a lot of fans of both series, but Twilight and 50 Shades of Grey are a lot more alike than people may realize.

In both cases you have an extraordinarily attractive, powerful, yet dangerous and damaged man becoming almost obsessive over a young girl he hardly knows because she stimulates so much desire in him. From the outside, neither relationship looks healthy, but the woman is determined to save her man with the power of her intense devotion and love. In other words, they have the same underlying theme, even though one features sparkly vampires and the other has light bondage.

As a man, I can tell you that the book was torturous to read and, no, I won’t be going to the movie. I endured the first Sex and the City film so I could write about it and I feel as if that’s enough suffering for my art to endure in one lifetime.