Why Liberalism Is On The Wrong Side Of History 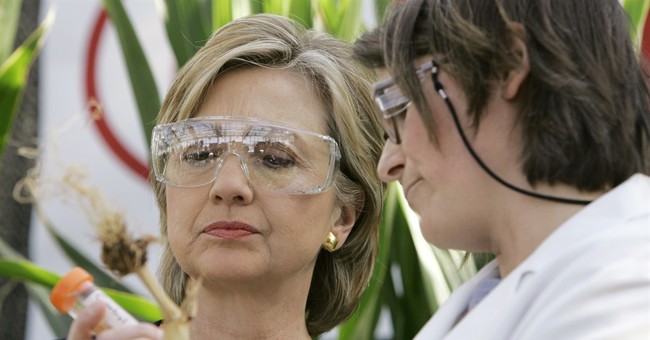 "Of all tyrannies, a tyranny sincerely exercised for the good of its victims may be the most oppressive." -- C.S. Lewis

”One of the overriding points of Liberal Fascism is that all of the totalitarian ‘isms’ of the left commit the fallacy of the category error. They all want the state to be something it cannot be. They passionately believe the government can love you, that the state can be your God or your church or your tribe or your parent or your village or all of these things at once. Conservatives occasionally make this mistake, libertarians never do, liberals almost always do.” -- Jonah Goldberg

Liberals dream of one day seeing all Americans permanently locked in the smothering, cradle-to-grave death grip of the nanny state. Nothing excites a liberal more than the idea of controlling where you go to school, regulating your work and play, deciding what type of health care you're going to have and then deciding when you get to retire and how much money you have when you do. Even if you want to choose, you can't. Even if you want to break free, you're stuck. You're not allowed to make different choices because liberals have made it illegal.

What if you're pro-choice on spending your tax dollars on a private school instead of a public school? What if you'd prefer to keep your current health care plan instead of a much more expensive new plan that provides coverage you don't need? What if you'd rather invest your own Social Security money instead of giving it to the government? Sorry, but you don't get a choice. You get the same antiquated 1920s style mentality that prompted Henry Ford to say, "Any customer can have a car painted any color that he wants so long as it is black."

It's a kinder, gentler version of George Orwell's horrific "boot stamping on a human face - forever." In the liberal version, it's a boot gently pressing you to the ground, forever, "for your own good" -- as if liberals have the slightest idea of what "your own good" might be. Certainly, they believe they know what's best for you. It's what they were told by their college professors, the New York Times and their friends. There's a whole echo chamber dedicated to telling them exactly what they want to hear about how other people should be living.

Once, when the planet was mostly made up of illiterate people who engaged in subsistence farming and were ruled by noblemen, that sort of thinking made a certain kind of sense. Today, liberalism's hunger to control people is an anachronism that's out of place in the modern world. If California wants to go billions into debt, welcome illegal aliens and have more people on welfare than working, that's its mistake, but the real problem with liberalism is that liberals insist on trying to force it to become EVERYONE'S MISTAKE. It's not enough for California, New York and Illinois to destroy themselves; liberals insist on trying to use the federal government to force citizens in Texas, North Carolina and Utah to embrace the same destructive policies. It's a one-size-fits-all philosophy in a world that's giving consumers more choices every day.

Liberals like expensive health care plans that pay for birth control and maternity care; so EVERYONE has to have those plans or be taxed. Liberals love abortion; so they believe EVERY STATE must make abortion legal, even the ones that are pro-life. Liberals want to control how your children are educated; so they refuse to allow parents to choose whether they want to spend their tax dollars on public or private schools. Most people have hundreds of options on TV, on the Internet and in the grocery store; yet liberals want to use the federal government to take all of your choices away when it comes to guns, education, your retirement and your health care.

It's why Congress has an approval rating of 6%. It's why Obamacare is wildly unpopular. It's why D.C. and our court system have devolved into partisan warfare. It's because liberalism is a non-functional, imperious philosophy that is out of step with the modern world and on the wrong side of history.