5 Modern-Day Heroes Who Deserve Their Own Movies Post-"Sully"

John Hanlon
|
Posted: Sep 13, 2016 12:01 AM
Share   Tweet
The opinions expressed by columnists are their own and do not necessarily represent the views of Townhall.com. 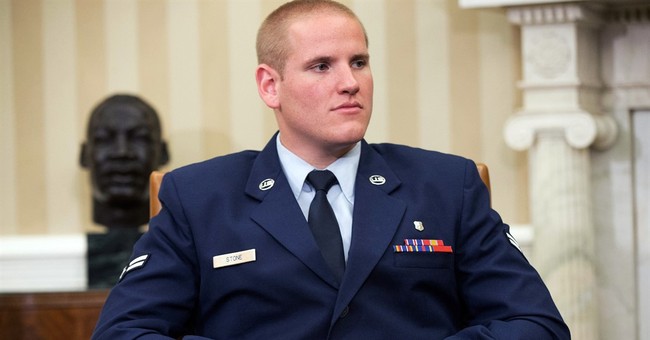 This weekend, the new drama Sully dominated at the box office. The film, which was directed by Clint Eastwood and stars Tom Hanks, showcases the heroics of Captain Chesley Burnett “Sully” Sullenberger.

In early 2009, Sullenberger was piloting a plane over the Hudson River when a group of birds collided with the engines. The aircraft was nearly disabled but the captain — working alongside his co-pilot — saved the day. The duo saved all 155 lives on board by making an emergency water landing on the Hudson. The film captures his heroic actions — which were criticized after the fact by bureaucrats and government officials — and shows that this seemingly everyday man became a hero when people needed him.

Considering that the film earned one of the highest-opening weekends ever recorded in September, one can hope that Hollywood will follow suit with similar fare. There are brave heroes doing incredible work every day so we decided to take a look at 5 modern-day heroes who deserve their own movies.

Chris Mintz: Military heroes are often accustomed to saving lives on the battlefield, not in the classroom. Chris Mintz was different though. After his Army service, Mintz saved lives during a shooting at an Oregon community college. During the attack in late 2015, Mintz didn’t run away from the threat. He ran towards it, saving lives in the process.

As The Washington Post reported, “As many fled for their lives, the 30-year-old former Army infantryman found the gunman and confronted him at a classroom door, hoping to save those who were inside.” The hero was shot five times but miraculously survived. In the midst of such a tragic event, Mintz emerged as a hero who was willing to put his life on the line to save others.

Ryan Pitts: In mid-July of 2008, Ryan Pitts wasn’t on a beach somewhere or relaxing with his friends. He was serving in Afghanistan and facing off against an army of insurgents. According to The Washington Post, “Shortly after 4 a.m. on July 13, 2008, at least 100 insurgents opened fire on a new patrol base and nearby U.S. observation post, each manned by U.S. soldiers.” Pitts was in the middle of the battle.

The Post noted that despite being wounded himself (by grenade shrapnel), he fought on crawling “from position to position in the observation post, refusing to give up the high ground there even after fellow U.S. soldiers were killed.” Pitts helped save lives during the attack and went on to receive the Medal of Freedom from President Obama.

Josh McGill: Can a bear hug save a man’s life? It seems possible after hearing about Josh McGill’s actions in the aftermath of the Orlando shooting this summer. McGill was at the Orlando nightclub the night a psychopath decided to attack it.

He survived the attack but instead of running away from the nightclub, he stayed to help others. McGill assisted a stranger who had been shot multiple times. The two eventually found officials on the scene but McGill stayed with the wounded man. As The Washington Post reported, “When they made it to the police, an officer had McGill lay down in the backseat of a car with the bleeding man on top of him. McGill was instructed to give him a bear hug and keep him conscious.” The stranger turned out to be a bartender who was shot three times but ultimately survived.

Brad Ludden: Heroes can emerge even from everyday circumstances and Brad Ludden proves that. Ludden is a kayaker who, according to CNN.com, watched as his aunt faced cancer at the age of 38.

He understands the horror of the disease and created a nonprofit called First Descents. According to CNN’s profile of Ludden, the organization “offers free outdoor adventures based around kayaking, surfing and rock climbing...[During each week-long camp], 15 young adult cancer fighters and survivors from across the country come together to challenge themselves physically and bond with others who've gone through the same battle.” Ludden’s camp has let young people in tough circumstances celebrate nature and the bonds they share in an environment that empowers and encourages them.

Paris Train heroes: There were three American heroes who stopped a terrorist attack on a train last year and they are each deserving of their own film but a great movie could be made about the three friends who worked together and lived countless lives. Spencer Stone, Alek Skarlatos and Anthony Sadler were traveling in Paris when they stopped a gunman from opening fire on a train.

According to NBCNews.com, “The three, along with a British man, Chris Norman, rushed the alleged attacker, who authorities believe is a 26-year-old Moroccan man flagged by Spanish authorities in February 2014 because of his connections to radical Islam.” The attack was prevented by these men who reacted immediately to the threat and saved lives. The three men were rightly praised as heroes by French leaders and American officials, who applauded their heroic efforts.

Looking for some patriotism on the big screen? Click here for a list of 10 great movies about American patriots.