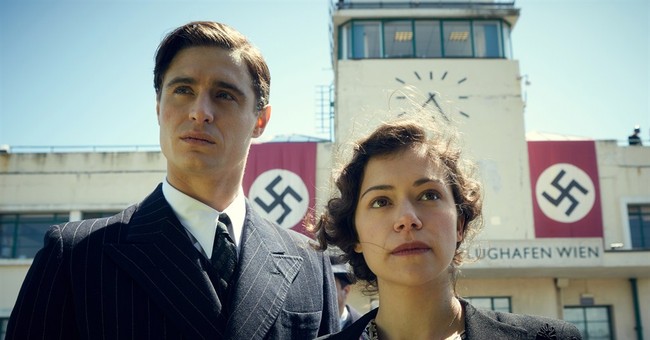 In 2014, George Clooney’s film The Monuments Men sought to bring attention to the brave Allied soldiers who were sent to prevent the destruction of cultural artifacts during the waning days of World War II. At the time, the Nazis— who knew that their fight was coming to an end— were destroying valuable pieces of artwork that they once hoped would end up in the art museum Hitler dreamed of building.

The intention of Clooney’s film was noble but the results were less than impressive.

This year, however, the cinematic drama Woman in Gold examines a story about a similar topic with far greater success. Directed by Simon Curtis, who previously helmed the tremendous My Week with Marilyn, the new film focuses on an older woman’s quest in the 1990s to retrieve a famous painting that once belonged to her family.

Helen Mirren stars as Maria Altmann, a octogenarian woman who loses her sister in the film’s opening moments. Altmann lost much of her family in World War II so losing her sister only reminds her of the heartache that she felt after the Nazis invaded her country, killed many members of her family and stole their belongings.

One of those belongings was a portrait her family commissioned the famed Austrian artist Gustav Klimt to create of her beautiful aunt Adele (Antje Traue) — a painting that eventually became known as the Woman in Gold. In flashbacks, we see the young Maria (Tatiana Maslany) watching the artist (Moritz Bleibtreu) at work. Unfortunately, when the Nazis invaded Austria, Maria was forced to escape the country and the Nazis took the painting as their own (a Nazi leader had once displayed it at his own home).

Decades later, the painting is being displayed at the Belvedere Palace and the older Altmann — with the help of a young lawyer named Randol Schoenberg (Ryan Reynolds) —decides to fight to get it back.

Driven by a strong uncompromising performance by Mirren, the film works as a legal drama and a historical picture that shows the pain the Nazis inflicted on the Austrian people. Mirren, who previously won an Oscar for playing the Queen, is perfectly cast here as a mature woman who respects authority but never accepts the wrong that was done to her and her family. “She was stolen by thieves,” she shouts about the painting when the Austrian authorities ignore her pleas to get it back.

Reynolds, playing the lawyer, does a commendable job with a difficult character. Because of the movie’s focus on hitting dramatic plot points, there’s little time given to his character and his marriage to Pam (Katie Holmes) is undeniably underwritten. The same can be said for the character of Hubertus Czernin (Daniel Brühl), a supporting player who offers guidance to both Maria and Randol along the way.

Despite such flaws, the movie works as a sturdy but clearly predictable retelling of Altmann’s battle. Despite what people may know about the case though, Curtis does a solid job in creating real dramatic tension and showing the bureaucratic barriers that stood in Altmann’s way (Altmann, for instance, couldn’t directly sue the Austrian government for the painting until she came up with over a million dollars, an amount she could not even hope to come up with).

At its center, Woman in Gold is a film that will stir audiences and inspire people to fight for what is just, no matter the barriers in the way. “People forget, you see, especially the young,” Altmann notes early on in the film. Fortunately, this film will remind audiences that there are things out there worth fighting for.