Food Fight Breaks Out in Senate 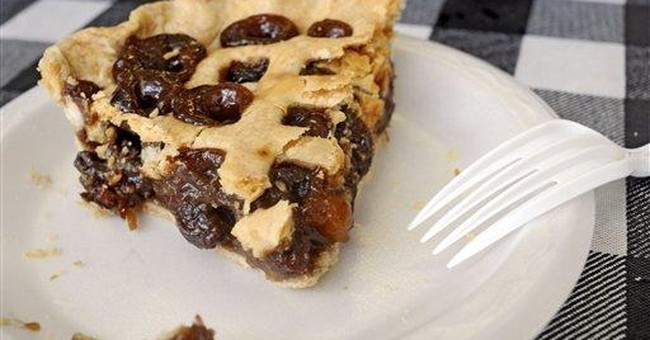 It’s worse than your kids at the dinner table: the battle over food safety has gotten worse after the Senate voted to move forward on the bill Wednesday.

With a 74-25 vote on the motion to begin debate, passage has all but cleared for the bill, which would impose significant regulations on big and small businesses in the food production industry. A complicated reconciliation process would have to take place in order for the bill to be sent to the President’s desk, but those will be addressed by the end of the week.

One of the major hurdles – even if the bill is passed – includes the Tester Amendment, which would exempt small farms from some of the regulations. This amendment has been touted as a way to save small, local producers from going out of business as soon as the bill is passed.

Townhall.com spoke to several players in the debate over this Amendment and the bill at large, which is numbered S. 510. Answers are from Patty Lovera, the assistant director for Food & Water Watch, Mark Dopp, senior vice president at the American Meat Institute, and Ferd Hoefner, the policy director for the National Sustainable Agriculture Coalition. Their answers provide a general picture of the debate going on in the Senate right now.

Q: There are clearly safety issues with food products that need to be addressed. However, if certain regulation adversely affects a large segment of an industry – especially a segment with an excellent track record of food safety, as with small / organic farms – how is that regulation defensible?

Lovera, Food & Water Watch: The process for developing this legislation has taken a long time and has included a lot of discussion about how to address the real problems we have in food safety and in how FDA does its job, without wiping out small farms and small businesses. We don't want to make life harder for small operations, but we've been trying for a long time to get FDA's food safety program to be directed towards preventing problems, rather than just responding to them. So we think the Tester amendment (and several other provisions of the bill that establish some flexibility and training assistance for small operations) is an appropriate way to handle this tension.

Dopp, American Meat Institute: Regarding your question, it’s not defensible. If a large segment of an industry is meeting existing standards and in doing so is producing a safe product, the solution is not to provide the government with another regulation. The solution is for the problem company (i.e.) to abide by the necessary good practices and rules so that they too comply and produce safe product. An important element of that solution also is for the government to be more focused, targeted, and effective in its enforcement of regulations that work -- as evidenced by the assertion that a large segment of the industry has an excellent track record of food safety. By analogy, if 95% of the population is paying its taxes on time and properly, does the government need a new rule that will hurt that 95% in order to allow the government to find and collect from the delinquent 5% of taxpayers?

Hoefner, National Sustainable Agriculture Coalition: Perhaps the biggest underlying issue in the S. 510 debate is how, with what will likely be fairly static resources for the foreseeable future, will FDA move to ensure improved food safety outcomes. S. 510 does not provide any additional resources to FDA, nor is it likely that the next several appropriations bills will help much either. Therefore, getting better outcomes will require focusing on the areas of biggest known risk, while staying attuned to possible future changes in relative risk. It is clear from recent outbreaks the big risk related to the farm level is from large scale national and global distribution of primarily co-mingled product, especially those with using processing and packaging techniques that increase risk. This is where the focus needs to be.

Q: Please address the concern that the big players in the food industry are simply manipulating legislation in order to gain an economic advantage (this doesn’t preclude the fact that these big players might also advance legislation for the public good).

Lovera, F&WW: My response is that the issues of how regulations impact different types of farmers and food businesses is important and we can't pass good legislation without dealing with that. That's why we have supported the Tester amendment – it recognizes that there are a lot of small players in the food system and that we need to focus FDA's efforts on the largest players who are producing more food and putting more people at risk. There are lessons to be learned from the meat industry, when new food safety programs implemented by the USDA in the 1990s proved to be very hard to implement for small plants.

Dopp, AMI: Without specifics regarding a particular provision and the alleged “manipulation” that question is a bit difficult to answer. That said, a couple points. First, do the critics…think shouldn’t have the right to participate in the legislative process? There is nothing wrong with, and in fact it is incumbent upon affected entities, companies and people, to participate in the legislative process and to let Congress know how proposed legislation will affect those entities and the public at large. Second, when it comes to food safety, there cannot and should not be different standards for companies or facilities of different sizes. Safe is safe. Listeria monocytogenes on a product processed in a facility or operation with 1 employee is just as deadly as a produced coming from a company with 1000 employees.

AMI has been consistent in that regard. For example, AMI petitioned for mandatory HACCP for all meat and poultry companies in the early 90’s and all such plants now operate under HACCP, regardless of size. The benefits of that program speak for themselves through the reduced incidence of pathogens in meat and poultry products. Allowing smaller entities, arguably with fewer resources, additional time to meet the standard may make sense but it doesn’t preclude the need to meet the standard. Similarly, the 2008 Farm Bill included language that allows state inspected meat and poultry establishments, most of which are small, to ship products in interstate commerce. But those plants may only do so if they satisfy the same food safety requirements that federally inspected establishments must meet. Thus, executive branch and the legislative branch have both concluded that there should not be different food safety standards based on size. Moreover, experience has taught us that food recalls and food borne illness outbreaks adversely affect the entire industry -- large and small companies alike.

Hoefner, NSAC: There is clearly an anti-competitive thrust to calls by mega farms and agribusiness for one-size-fits-all regulation. Layering on high financial and human resource cost regulations designed for large firms and applying them to small family farms can be an effective way to drive people from business and further consolidate production into fewer hands. If we want improved food safety outcomes, not only do we need to focus limited federal resources on where the biggest problems are, but we also need appropriate mechanisms for different sectors of farming. The numerous provisions included in the Manager's amendment to S. 510 as well as the Tester-Hagan amendment move the bill away from one-size-fits-all. These are very positive steps forward, helped to ensure improved food safety without increasing anti-competitive pressure.

Q: If this legislation is passed, what will be your next legislative priority?

Lovera: If the legislation passes, there will be a lot of work to do to get the FDA to define and implement the provisions spelled out in the legislation and that will be a critically important process. As for Congress, FDA's funding is a major issue that will determine whether the agency is able to do the activities it needs to do to implement the law. Beyond the FDA, we are always focused on making sure that USDA has adequate funding and resources for meat and poultry inspection.

Dopp, AMI: There are a number of important legislative issues out there, involving immigration, ethanol, etc. If the question is specific to food safety that will depend on what is introduced and its impact on the industry.

Hoefner: The most important legislative next step, should this bill pass both houses and become law, is to fund the farmer and small processor training program championed by Senator Debbie Stabenow (D-MI) and incorporated into the pending Manager's amendment to the bill. This will be an important issue in the next agricultural appropriations bill and perhaps in the 2012 Farm Bill as well.