The Word of the Year---"Post-truth"---So Fitting

Jerry Newcombe
|
Posted: Jan 05, 2017 12:01 AM
Share   Tweet
The opinions expressed by columnists are their own and do not necessarily represent the views of Townhall.com. 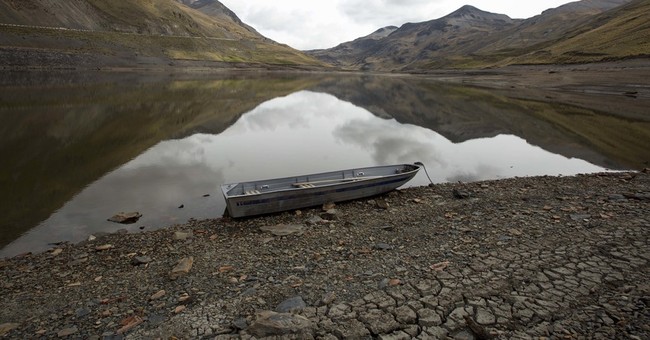 Oxford Dictionaries has named “post-truth” its word of the year for 2016. How fitting.

Oxford says it’s “an adjective defined as ‘relating to or denoting circumstances in which objective facts are less influential in shaping public opinion than appeals to emotion and personal belief.’"

In the last two months we have witnessed the inability of many to cope with truths they do not want to accept. Many on the left were unable to cope with the unwanted and surprising election results. Their emotions were more important than the harsh reality.

And so we saw on college campuses, students having tests postponed at an Ivy League university because they emotionally shut down. Students at other colleges were treated to use of Play-dough, coloring books, and petting animals for therapy.

This may seem like a joke, but these are future leaders. They or their parents are spending a fortune on higher education and instead of learning about truth, many seem to have a post-truth mentality.

Indeed, this culture seems to be moving away from truth faster than one can imagine. And yet truth is vital to all of us.

People often talk in relativistic terms of, "Well, that's your truth, but that's not necessarily my truth." But while we may perceive truth in differing ways, truth itself exists, regardless of whether one accepts it or not.

If you were to take some medicine, it could be lethal if someone had switched the label—even in a “post-truth” culture.

I have heard about "pharm parties," where young people wanting to participate in recreational drugs, will steal whatever pills they can get from home, including many prescription-only drugs. Then they will put these drugs in a large bowl with no labels and dare one another to partake of them. This seems like suicide by the installment plan. The TV producer who told me about such a phenomenon added that when one of these participants overdoses, the others will drop his or her body (dead or dying) in front of his or her house. Nice homecoming.

Science and technology were created in a Christian milieu, and they operate on a truth-basis, not a "post-truth" basis. But ironically, many relativistic ideas are now spread on social media, meaning their purveyors are using technology to spread their untruths---now called "post-truths," I suppose.

Author Napoleon Hill said that truth is vital to success: "Unless whatever you build is based on truth, you will end with the entire structure fallen and scattered about you like the armor of Homer's ancient warriors. It simply cannot stand. It cannot withstand the test of time."

The Bible speaks of truth that is independent of belief. Let God be true and every man a liar, says the Apostle Paul. Jesus said if we follow His teachings, then we will know the truth, and the truth will set us free.

Pontius Pilate famously asked Jesus, whom he was trying, "What is truth?" Then, without waiting for an answer, he turned around and walked away.

Here was Truth Incarnate standing before the man, but he did not recognize it. Just hours before this, Jesus had told His apostles, "I am the way, the truth, and the life. No one comes to the Father but by Me." Yet Pilate, at least at that point in his life, would have none of it.

When America's founders decided to declare their independence from England, they wrote up the reasons for the rupture. They appealed to "the laws of nature and of nature's God." There is nothing "post-truth" in that idea.

The ultimate and extreme example of those who have abused the notion of "post-truth" reality is the Nazis. After the War and after the death camps were liberated, the Allied forces tried some of the most heinous remaining Nazi criminals at Nuremburg.

Over and over, the guards and the various Nazi officials on trial claimed they were not guilty because they were only obeying orders. Yet they knew and the Allies knew, and everybody knows, that what they did was ghastly and inhumane.

The Allies had to resort to trying them for the violation of natural law, and by this means many of them were convicted. This is still God's universe.

As we enter a new year, it's scary to think that so many fellow citizens value their feelings over what is genuinely true. Those that live as if this is a post-truth universe will inevitably learn that in reality it is not---for we reap what we sew. The Creator has built that into the world.