Satanist Clubs and the First Amendment

Jerry Newcombe
|
Posted: Sep 29, 2016 12:01 AM
Share   Tweet
The opinions expressed by columnists are their own and do not necessarily represent the views of Townhall.com. 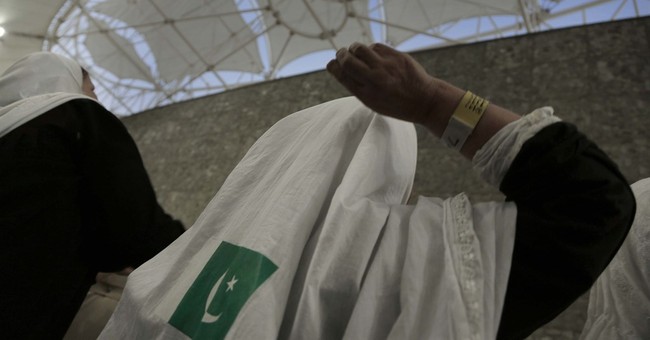 Has the left finally found a religion it can defend wholeheartedly in Satanism? Because of the pro-Islamic actions of some schools, someone could have easily guessed it was Islam.

Coming soon to a school in the Skagit Valley of the state of Washington---a Satan Club? Writing for www.goskagit.com (9/22/16), Kera Wanielista pens, “A so-called ‘After School Satan Club’ proposed by the Satanic Temple of Seattle to be held at Centennial Elementary School should be allowed to proceed, an attorney hired to represent the Mount Vernon School District said.”

Understandably, many parents are very upset and disappointed with the decision.

Ironically, they are using a pro-Christian ruling, the Supreme Court decision of Good News Bible Club v. Milford Central School District (2001) to justify paving the way for the Satan club.

So this is what the First Amendment comes down to in the Year of Our Lord 2016? Satan clubs after school. This is an amazing turn of events. It is quite a sign of the times.

One of the big problems with contemporary America is multi-culturalism, which embraces one and all without discernment.

At the time of America’s founding, as late as the American War for Independence, Ben Hart reports in Policy Review, Fall 1988, p. 44, that 98.4 percent of Americans were Protestant Christians and 1.4 percent were Catholics---thus, 99.8 percent were professing Christians.

What is that number today? About 7 out of 10, despite the rise of many who now identify themselves when asked to identify their religion as “Nones.”

Satanism is certainly out of step with our American traditions.

One man who helped put Harvard Law School on the map was the Supreme Court Associate Justice Joseph Story, appointed by Madison. He wrote the first great commentary on the Constitution (1851). What he said about religion was instructive.

He wrote, “Probably at the time of the adoption of the Constitution, and of the amendment to it now under consideration [First Amendment], the general if not the universal sentiment in America was, that Christianity ought to receive encouragement from the State so far as was not incompatible with the private rights of conscience and the freedom of religious worship.”

Story added, “The real object of the First Amendment was not to countenance, much less to advance, Mahometanism, or Judaism, or infidelity, by prostrating Christianity; but to exclude all rivalry among Christian sects, and to prevent any national ecclesiastical establishment which should give to a hierarchy the exclusive patronage of the national government.”

Even if the First Amendment supposedly allows the Satanist group, it’s still a tragic commentary on our day. So often these school systems out-ACLU the ACLU. They go beyond what the law requires in order to shield the children from any form of Christianity.

For this column, constitutional attorney John Eidsmoe emailed me: “The key constitutional issue on is whether Satanism is a religion, and I can't predict how a court would rule on that question. A possible practical solution might be to require parental permission for any child to participate in any extracurricular activity or organization.”

Mat Staver, the founder and chairman of Liberty Counsel, notes in his statement to the press on the issue: “The so-called Satanic Temple group is a handful of atheists masquerading as so-called Satanists. This group is not legitimate. Its only reason to exist is to oppose the Good News Clubs. The Good News Clubs teach morals, character development, patriotism and respect from a Christian viewpoint.”

He added: “The so-called Satanist group has nothing good to offer the students and its entire reason for existence is to be disruptive. Schools do not have to tolerate groups which disrupt the school and target other legitimate clubs. No sane parents would consent to allow their child to attend this group. Full of sound and fury, this group will soon fade away.”

Even if this whole thing is a sick joke on the part of the “Satanists,” I still agree with C. S. Lewis, the Oxford and later Cambridge professor. He said, "There is no neutral ground in the universe; every square inch, every split second, is claimed by God and counter-claimed by Satan."