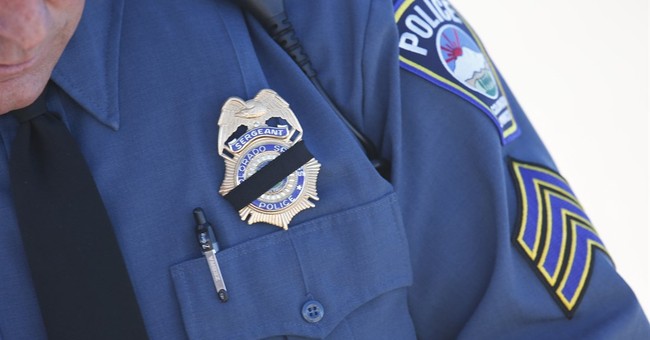 Garrett Swasey stood before the worshipers at Hope Chapel, the nondenominational, evangelical Colorado Springs church where he was an elder. He reminded them, in a 50-minute sermon that was by turns humorous, gentle, and earnest, that life is short and time is running out for all of us. He recalled Douglas MacArthur's admonition that in wartime the cause of failure can usually be summarized in two words: "too late." He urged them not to make the mistake of thinking that there will be plenty of time later to do the right thing.

It was to be his last sermon.

Twelve days later, Swasey was killed in a gunman's attack at a Colorado Springs abortion clinic. A full-time officer on the University of Colorado police force, he had rushed 10 miles to the crime scene upon hearing the first reports of an active shooting. He died while attempting to save the lives of hostages during the nearly six-hour standoff.

By all accounts, Swasey was down-to-earth, funny, and kind, a devoted family man who lived a life filled with joy and meaning. The motives of Robert Dear Jr., the gunman charged with the Planned Parenthood attack, remain far from clear. But there seems to be no doubt at all about Swasey's motivations. As a university police officer he wasn't obliged to respond to the off-campus emergency, yet he apparently never considered notresponding. His profound opposition to abortion didn't deter him for an instant from putting his life on the line to protect a Planned Parenthood facility. That selfless dedication surprised no one who knew him. His one-time skating partner (Swasey had formerly been a competitive figure skater) described him as "a righteous person . . . always doing the right thing and putting others before himself."

Of how many of us would that be said?

In his final sermon, Swasey stressed the importance of resisting distraction, of staying focused on what matters most. That is easier said than done, he said, pointing ruefully to his own easily sidetracked mind.

He was preaching in a church, and his emphasis was on God and faith. But Swasey's poignant warning that we have less time than we think should give all of us pause.

"The world is too much with us," opens William Wordsworth's famous sonnet. "Late and soon/Getting and spending, we lay waste our powers." If that was true when he penned those lines more than two centuries ago, in an epoch of slow-traveling news and more restrained societal norms, how much truer is it today, when instantaneous communication and no-holds-barred jousting has turned so much of our public life into ceaseless recrimination?

Most of us, most of the time, talk too much and listen too little. We avidly make use of technology to blast our complaints and contempt to the four corners of the Internet. Not only do we ascribe ugly intentions to those we disagree with or have been disappointed by, but we can't wait to do so openly, rushing to Facebook or Yelp or the online comment box to post a strident put-down or a nasty innuendo.

Partisan controversy and electoral skirmishing is nothing new. But in our age, when news cycles are measured not in days but in hours, political camps wage nonstop war. To score a tactical gain, anything is permitted; to generate a flattering headline, everything is rationalized; to undermine an opponent, even the most obnoxious abuse is tolerated. And those of us in the business of commenting or reporting on public affairs soak it up and slosh it forward, doing our best to feed — or perhaps to induce — an appetite for calumny that grows ever more ravenous and undiscriminating.

With all this frenzy, we lay waste our powers. And for what? If we were to die unexpectedly tomorrow, would we be remembered the way Swasey is being remembered — as one who was "always doing the right thing and putting others before himself"? Or as someone so caught up with the trees that we forgot to make time for the forest?

Personally, I am about as far from "always doing the right thing" as I can imagine. The older I get, the more insurmountable that hurdle appears. Yet I know the deadline looms.

In a 2005 commencement speech at Stanford University, Steve Jobs said that for 33 years he had looked in the mirror every morning and asked himself: "If today were the last day of my life, would I want to do what I am about to do today?" There is no greater clarifier in life, he told the graduates, than remembering that you will die.

Death is the common fate, guaranteed to all. A life well lived — a life like Garrett Swasey's — is uncommon. May he rest in peace.