The American Economy is a RINO: Republican In Name Only 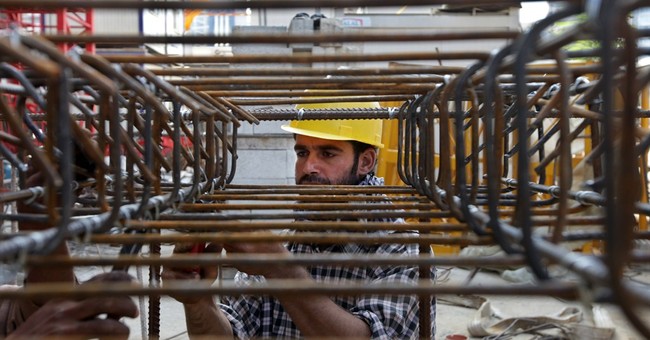 For the past few years, the Obama lovers in the media have been boasting about the supposedly great economy Americans are enjoying. According to this fictitious narrative, Obama’s strong leadership saved the economy and led to our “recovery,” but, in reality, we face today a RINO or “Recovery in Name Only” economy.

The real economy was exposed in the September labor report. The country created only 142,000 new jobs, much less than expectations. This year, we are adding fewer than 200,000 new jobs each month, well below last year’s average of 260,000 new jobs per month.

The so-called experts blame it on the global economic slowdown, yet, the economy of the United States has been troubled for years. We never recovered from the Great Recession of 2008 and have really been suffering from a prolonged recession.

The stock market only “recovered” because of a massive influx of money from the Federal Reserve. This policy of “Quantitative Easing” was the main reason the market did not totally collapse. Now, interest rates are being kept artificially low because the Federal Reserve is not confident the weak economy can sustain an increase.

They have every reason to be concerned. Weekly earnings fell approximately three dollars to $865.61 and hourly wages decreased one penny last month and have only increased 2.2% this year. Workers are earning less and working less hours as the average work week declined to only 34.5 hours. The old adage of a 40 hour work week is from a bygone era of economic prosperity that does not reflect today’s economic reality.

Some hopelessly positive analysts will cheer that the unemployment rate remained steady at only 5.1%. However, this rate is totally meaningless in an economy with only 148.8 million Americans working and an astounding 94.6 million people outside of the workforce.

Americans outside of the labor force include all people 16 years of age and older who are not employed and have not made any efforts to look for a job. Millions of these individuals are so discouraged about the labor market that they have stopped looking for employment. Many are completely dependent on government assistance. In America today, 50 million Americans are living in poverty, while 46 million people are receiving food stamps, a figure that has been exceeded for 38 straight months. A mere 15 years ago, only 17 million Americans received food stamp benefits.

In the last month, 579,000 Americans left the workforce, a number more than four times higher than the number of new jobs in September. Thus, the labor force participation rate fell to 62.2 percent, the lowest since 1977.

In 1977, the country was suffering from the administration of Jimmy Carter, who ruined our economy. His policies were disastrous for the American people and led to high unemployment, high inflation and high interest rates. Thankfully, Carter was succeeded by President Ronald Reagan who restored economic growth, created over 20 million new jobs, reduced and simplified the federal tax rates and made Americans proud of their country once again.

After seven years of Obama, who raised taxes, almost doubled the national debt and created massive new government bureaucracies through the Affordable Care Act and other legislation, it is time for a Reagan like leader in the White House. All of the presidential candidates should remember the old James Carville campaign slogan from the 1992 presidential election, “It’s the economy stupid.” It is just as true today as it was in the past.

In fact, our economic troubles today are different and even more serious than at any other time in our nation’s history. Let’s hope and pray the voters choose the next president very carefully.