The Widespread Panic Among Democrats 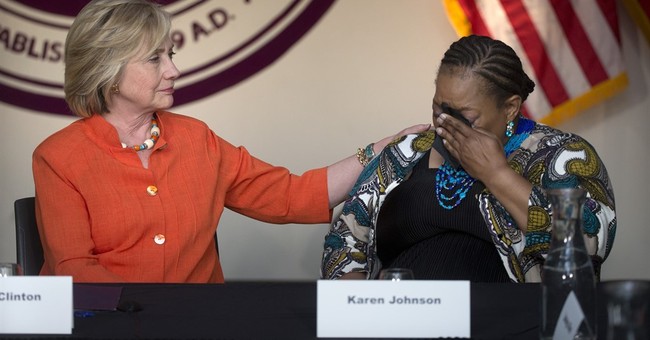 In recent months, most media attention has centered on the Republican Party and the 17 candidates running for President. While the first GOP debate generated historic ratings and the Donald Trump campaign continues to garner headlines, reporters are beginning to realize that the Democratic presidential race has become interesting.

Presumed frontrunner Hillary Clinton is in a meltdown; losing to Senator Bernie Sanders, a Vermont socialist, in New Hampshire and seeing her lead evaporate in Iowa. While Clinton’s speeches are lame and her crowds are sparse, Sanders is making fiery speeches and generating huge audiences. Democrat activists are thirsting for a genuine liberal, not one manufactured from polls, consultant talking points and pure political ambition.

Along with political troubles, Clinton is facing massive legal problems. Her worries only intensified this week with revelations that emails sent from her private account included top secret information. This is a disclosure from the Inspector General for the Intelligence Community. His investigation only reviewed about 40 of the thousands of emails sent by Clinton during her tenure as Secretary of State. In addition, Clinton finally provided to the FBI her email server, which had been wiped clean, and thumb drives, which only included the emails she had previously provided.

Vital questions remain unanswered. What was on the missing 30,000 emails? Did they contain top secret material? We already know from a small sampling that Clinton mishandled classified information, so it seems almost certain that the other emails contained data that should have been secured.

Other people who mishandled national security information have been prosecuted, but it remains to be seen whether Hillary Clinton will be held to the same standard. A criminal investigation has been launched and calls are intensifying for a special prosecutor. These scandals, along with the continuing controversy about her role in the Benghazi cover-up and the questionable Clinton Foundation donations may be too overwhelming for Hillary to continue her campaign. If she does not exit the race, her party may push for alternatives who are not under federal investigation.

Currently, her main challenger is Sanders, who calls for higher taxes, more government intrusion into the lives of Americans, more political correctness and a system of government akin to Sweden. Sanders wants to expand the federal government’s role to an extent unprecedented in our nation’s history.

The same Democratic Party leaders who are coming to realize that Hillary is too damaged no doubt understand that a 73-year-old socialist is not the best standard bearer. Obviously, the hunt for another major candidate is underway. Unfortunately, none of the alternatives are too appealing. Vice President Joe Biden has already lost two presidential bids. Even liberal icons such as Secretary of State John Kerry and former Vice President Al Gore have previously lost presidential campaigns. The best alternative may be Massachusetts Senator Elizabeth Warren, who is a fresh face, while still a committed liberal.

If elected, all of these Democratic candidates will continue the Obama legacy of higher taxes and deficit spending. The next Democrat President will continue to encourage illegal immigration, enact more amnesty and keep wide open borders.

The next Democrat President will continue to degrade the U.S. military and lessen our country’s international standing. Political correctness will continue to be unleashed and police officers will face more investigations because “black lives matter.”

The EPA will continue to unleash harsh regulations on coal power plants and pursue a climate change agenda. Alternative energy sources will be pursued and the Keystone pipeline will never be approved.

This agenda is what we can expect from another Democrat in the White House, so it really does not matter who is nominated, in many respects, they are all the same.