The More the Merrier in GOP Presidential Race 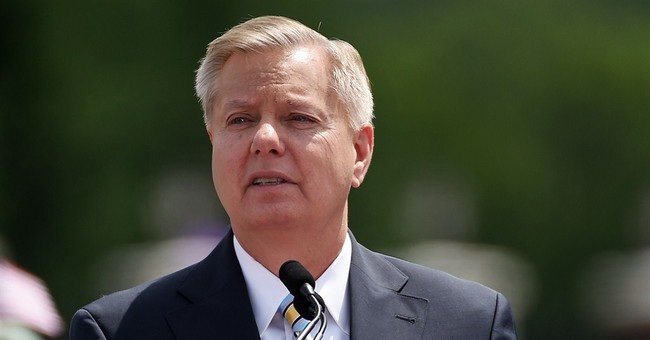 This was a busy week in the GOP presidential sweepstakes as two candidates jumped into the race: U.S. Senator Lindsey Graham of South Carolina and former Texas Governor Rick Perry. Currently, there are ten announced candidates running for the Republican presidential nomination and the number will surely grow. In the coming days, former Florida Governor Jeb Bush will officially announce his presidential bid. Soon thereafter, a host of others including Wisconsin Governor Scott Walker will enter the fray.

In the end, there could be 16 or more Republican presidential candidates. The candidates can be grouped in many different ways. For example, some like former Arkansas Governor Mike Huckabee will emphasize social issues. Others like Perry and Graham will emphasize national security and U.S. Senator Rand Paul of Kentucky will focus on protecting liberties guaranteed by our Bill of Rights. However, there is another way to group the candidates: conservative or RINO (Republican in Name Only). Clearly, Bush will be the leading RINO, but it is unclear who assume the mantle as the top conservative contender.

Due to the plethora of conservative candidates, some commentators are lamenting our embarrassment of riches. They are calling for conservatives to unite behind one candidate who can defeat Bush. However, it is far too early for any consolidation among the candidates. Voters need to see the candidates in action, witness them in a debate setting and learn where they stand on the major issues. In essence, the Republican race is an example of a political free market as voters will be given a wide variety of choices and allowed to choose the best candidate.

The decision should rest with the voters, not a kingmaker or a news network. It is critical for all of the news networks to expand their televised debates to include all of the major candidates, not just the “top ten.” This is not college football, it is the future of the nation which is being determined and limiting the field of candidates is not only premature, but it can adversely impact the decision making ability of voters.

The networks are supposedly going to decide the “top ten” based on an average of early polls, but these flawed surveys are too influenced by name recognition. Giving voters exposure to a larger field of candidates is an essential public service, especially at this critical time when the nation is clearly in jeopardy. This election will be the most important one in our lifetime as the next President must repair the damage done by Barack Obama to our nation’s economy, our national security and our social fabric, namely race relations.

With such important stakes, it is worth the time and effort for the networks to expand their format. If given accurate information about the candidates, Republican voters can make a positive change by nominating a true conservative in 2016. The debates will be the best way to gauge the candidates, so the news networks should not artificially limit the debates to just ten candidates. Voters need accurate and detailed information about all the major candidates to make the best selection.

At such a critical time for our nation, Republicans are fortunate to have such a varied selection of candidates, the largest field in the party’s history. Obviously, GOP voters need to select the right candidate, so it is desirable to have many options to consider, in fact, the more the merrier. Unfortunately, a conservative agenda will be impossible if GOP voters nominate another RINO who will lose in the General Election.

Only a conservative can defeat Hillary Clinton, spare the nation a de facto third Obama term and begin to reverse the damage of the Obama years.