Shots in the Park 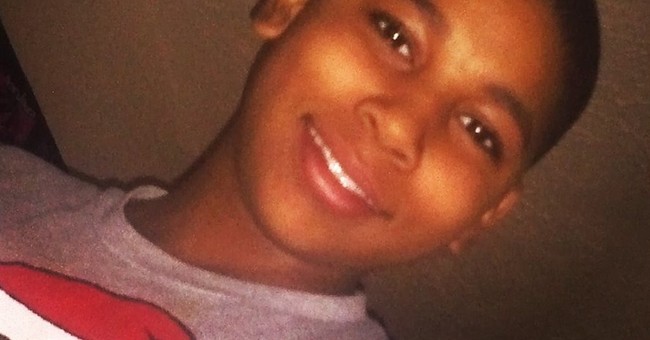 Trending
After Officer Timothy Loehmann fatally shot a 12-year-old boy named Tamir Rice at a Cleveland park in November 2014, police sources fed two exculpating details to the press: Tamir had disregarded Loehmann's command to raise his hands, and had instead brandished an Airsoft pellet gun that looked just like a real pistol. Two days later, surveillance camera footage showed neither of those claims was true.

Two reports released on Saturday by attorneys for Tamir's family say the video also shows the shooting was, in the words of one expert, "unreasonable, unjustified and entirely preventable." That judgment contradicts expert reports commissioned by Cuyahoga County Prosecutor Timothy McGinty -- a disagreement that demonstrates how difficult it can be to hold cops accountable for excessive force in a legal system that gives them a bigger benefit of the doubt than any ordinary citizen could realistically expect.

McGinty plans to submit all the reports to the grand jury that will decide whether to approve criminal charges against Loehmann or his partner, Officer Frank Garmback. One major difference between the two sets of reports is that McGinty's experts focused on the period of less than two seconds between Loehmann's exit from his patrol car and the two gunshots that left Tamir bleeding on the ground, while the Rice family's experts -- Jeffrey Noble, a former Irvine, California, deputy police chief, and Roger Clark, a former lieutenant in the Los Angeles County Sheriff's Department -- asked how Loehmann ended up in a situation where he felt the use of deadly force was necessary.

Loehmann and Garmback were responding to a report of "a guy with a pistol" at Cudell Park. Although the 911 caller said the gun was "probably fake" and the "guy" was "probably a juvenile," the dispatcher did not pass along those important details.

While faulting the dispatcher for that omission, Noble and Clark say the two officers were nevertheless reckless in driving right up to Tamir, who at that point was alone in the park, instead of assessing the situation from a distance and formulating a plan. When Loehmann got out of the car, he was no more than seven feet away from Tamir and had no cover.

"Both officers are responsible for the reckless tactical decisions that created the danger and directly led to Tamir's death," Noble writes. He and Clark both cite a 2008 case in which the U.S. Court of Appeals for the 7th Circuit (which includes Ohio) ruled that "where a police officer unreasonably places himself in harm's way, his use of deadly force may be deemed excessive."

Even ignoring the reckless approach, Noble says, "the shooting was presumptively unreasonable in that [it] occurred within 1.7 seconds, with no possibility of commands from the officer to the child." In the view of McGinty's experts, by contrast, the alacrity with which Loehmann killed the boy counts in the officer's favor, since the Supreme Court has said courts should be cautious about second-guessing the "split-second decisions" that police make in life-threatening situations.

Loehmann's life was never actually threatened, of course. Whether Tamir moved his hand toward his waistband, as Loehmann reportedly claimed, is unclear in the grainy surveillance video, but it is indisputable that he never produced a weapon -- which, as Clark notes, makes the toy's resemblance to a real gun, emphasized by McGinty's experts, irrelevant in evaluating Loehmann's actions.

Noble and Clark, who also criticize Loehmann and Garmback for failing to render any sort of aid to Tamir after the shooting, argue that Loehmann (as Clark puts it) "was unfit for duty as a police officer and should have never been hired." They note that he was forced out of his previous police job after repeatedly lying to his superiors and having an emotional breakdown at a firing range.

Loehmann has obvious credibility problems. But they may not matter if the grand jurors are blinded by the shiny badge that Noble and Clark say he never should have had.