From Guns to Butter 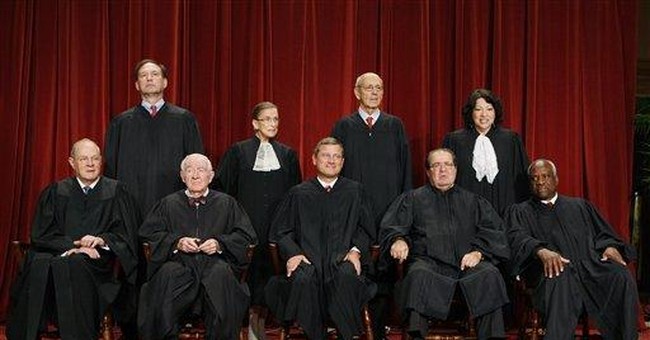 In the 1856 case Dred Scott v. Sandford, the U.S. Supreme Court rejected the idea that Africans and their descendants in the United States could be "entitled to the privileges and immunities of citizens." To emphasize how absurd that notion was, Chief Justice Roger Taney noted that, among other things, those "privileges and immunities" would allow members of "the unhappy black race" to "keep and carry arms wherever they went."

The 14th Amendment, approved in the wake of the Civil War, repudiated Taney's view of the Constitution, declaring that "no State shall make or enforce any law which shall abridge the privileges or immunities of citizens," who include "all persons born or naturalized in the United States." Just four years after the amendment was ratified, however, the Supreme Court interpreted the Privileges or Immunities Clause so narrowly that a dissenting justice said it had been transformed into a "vain and idle enactment." The Court now has a chance to rectify that mistake -- fittingly enough, in a case involving the right to arms.

Last week, the Court agreed to hear a Second Amendment challenge to Chicago's handgun ban. Since that law is very similar to the Washington, D.C., ordinance that the Court declared unconstitutional last year, it is bound to be overturned, assuming the Court concludes that the Second Amendment applies not just to the federal government (which oversees the District of Columbia) but also to states and their subsidiaries.

That seems like a pretty safe assumption, since over the years the Court has said the 14th Amendment "incorporates" nearly all of the guarantees in the Bill of Rights. But the Court's reasoning in applying the Second Amendment to the states could have implications far beyond the right to arms. If it cites the Privileges or Immunities Clause instead of (or in addition to) the usual rationale for incorporation, the 14th Amendment's Due Process Clause, it can prepare the ground for a renaissance of economic liberty.

Abundant historical evidence indicates that the Privileges or Immunities Clause was meant to protect the right to arms. Rep. John Bingham, R-Ohio, the 14th Amendment's main author, repeatedly said the "privileges or immunities of citizens" included the liberties guaranteed by the Bill of Rights. So did Jacob Howard, R-Mich., the amendment's chief sponsor in the Senate.

As David Hardy shows in a recent Whittier Law Review article, this view was widely reported in the press and therefore was understood by the general public and by the state legislators who ratified the 14th Amendment. They perceived the amendment as a remedy for the oppressive policies of Southern states that sought to deprive freedmen of their basic liberties.

The right to weapons was one of the liberties frequently cited by the 14th Amendment's backers, since disarmed blacks were defenseless against attacks by Klansmen and local officials. As reflected in post-Civil War legislation that the amendment was intended to reinforce, its supporters also were concerned about economic liberty: the right to own and exchange property, make and enforce contracts, and work in the occupation of one's choice -- all freedoms the Southern states tried to deny former slaves.

Despite this context, in 1872 the Supreme Court declared that the "privileges or immunities of citizens" included only those rights that were created by the Constitution (such as the right to petition the federal government), not the pre-existing rights the Constitution was designed to protect. The Court therefore upheld a slaughterhouse monopoly created by the state of Louisiana, an infringement of economic liberty that the three dissenting justices saw as a violation of the Privileges or Immunities Clause.

Those privileges or immunities, the dissenters said, include "the right to pursue a lawful employment in a lawful manner, without other restraint than such as equally affects all persons." That view reflects the original understanding of the 14th Amendment, which holds great promise as a bulwark against arbitrary interference with economic freedom. The Supreme Court should seize this opportunity to revive it.