Jack Kerwick  |  Oct 27, 2017
The opinions expressed by columnists are their own and do not necessarily represent the views of Townhall.com.
Top Columns
Trending on Townhall Media

The entire Harvey Weinstein/Hollywood sex scandal is but the most recent glimpse into the Feminist Brain.

And it is not pretty.

To explore the Feminist Mind is the equivalent of being inside of Space Mountain while blindfolded, for it is a place racked with all of the turmoil—all of the madness—that one would expect to find in an oasis of irrationality.

To put it succinctly, the Feminist Mind is ridden with incoherence.

In other words, women, evidently, are most definitely not equal to men in strength and capability, for if they were, then men wouldn’t be able to continually victimize—to outsmart and overpower—women, as Feminists tell us they do. Women, if they were the equals of men, wouldn’t then be in need of omnipresent protection against the predations of the Patriarchy.

Consider the Feminist’s reasoning in light of the analogy of children. Most of us recognize that children, particularly smaller, younger children, need and deserve special care by adults. This, however, is because we recognize that they are not as rational, strong, and mature as we hope they will eventually become. And because of their underdeveloped capacities and weaknesses, children are more vulnerable to danger than are adults.

The Feminist’s protestations to the contrary aside, the logic (or illogic) of her or his utterances points inescapably to the following conclusion: The Feminist thinks that it is both true and not true that women are the equals of men.

The Feminist’s position, in short, is self-contradictory. Thus, it isn’t just false; it is necessarily false.

A more specific example of this self-contradiction in practice can be gotten readily enough from the reaction of the Feminist to reports of women having been sexually harassed and “assaulted” by men.

Feminists decry traditional, popular conceptions of women that have always been and remain held by billions of men and women around the Earth. According to these ideas—Feminists call them “stereotypes”—women are of the physically weaker, “the fairer,” sex. As such, they need to be treated by men more gently and protectively than men are inclined to treat one another. These “stereotypes,” Feminists assure us, being the legacy of a chauvinistic, patriarchal world order, must be relegated to the dustbin of history (while history must be made to give way to Herstory).

It is this attitude toward these traditional “stereotypes” that accounts for why some Feminists have expressed resentment toward such chivalric gestures on the part of men as, say, holding doors for women.

It is this attitude that explains why contemporary action films and television series feature women engaging in bloody confrontations with and prevailing over significantly larger men.

It is this attitude that powers the Feminist’s push to insure that women are “represented” as police officers, combat soldiers, fire fighters, boxers, and mixed martial artists.

In summary, the Feminist would have us think that the only basic difference between men and women is a difference in anatomy.

Yet at the same time, Feminists embrace real stereotypes that are one-dimensional caricatures of the traditional thought on women.

To hear Feminists tell it, women, whether in Hollywood or anywhere else, are delicate flowers that will wilt as soon as a man so much as compliments them on their appearance, to say nothing of whistles at or “cat-calls” to them. One recent illustration of this is Heather Lind, a 34 year-old actress who just this past week announced that George H.W. Bush, during a photo-op a few years ago, “sexually assaulted” her.

The former president is 93 years-old, suffering from Parkinson’s disease, and confined to a wheelchair. His wife and several other people were alongside him when Ms. Lind claims to have been assaulted.

In a now deleted Instagram post, Lind wrote that she became “disturbed” upon seeing a recent photograph of Barack Obama shaking hands with Bush. While she posed in a “similar photo” with the latter in promoting her AMC program, Bush “sexually assaulted me,” Lind remarked.

So, what did this nonagenarian do to Lind that keeps her “disturbed” years after it occurred? “He didn’t shake my hand. He touched me from behind from his wheelchair with his wife Barbara Bush by his side. He told me a dirty joke. And then, all the while being photographed, touched me again.”

An off-color joke and two pats on Ms. Lind’s posterior by a man who is old enough to be her grandfather—this is what passes for “sexual assault” in the contemporary Feminist’s mind.

Lind wants for the world to know the trauma that she’s had to endure. Bush “relinquished” his “power” to “actually help people, and serve as a symbol of our democracy…when he used it [his power] against me[.]”

Lind found inspiration to come forward in “the bravery of other women who have spoken up and written about their experiences.” It now “comforts” Lind to know that “I too can use my power” to “enact positive change,” to “be a symbol of my democracy,” “refuse to call him [Bush Sr.] President, and call out other abuses of power when I see them.”

Yes, it seems painfully clear that Feminists have taken the very “stereotypes” that they allegedly despise and pumped them up on steroids.

Women are equal to men except that they are not. This is the foundational, self-contradictory, claim at the heart of contemporary Feminism. 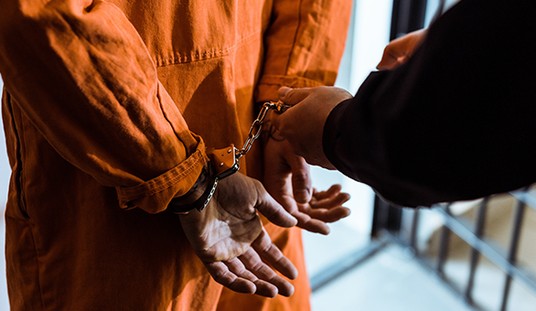