The Moral Imperialism of PC Ideologues vs Quranic Islam 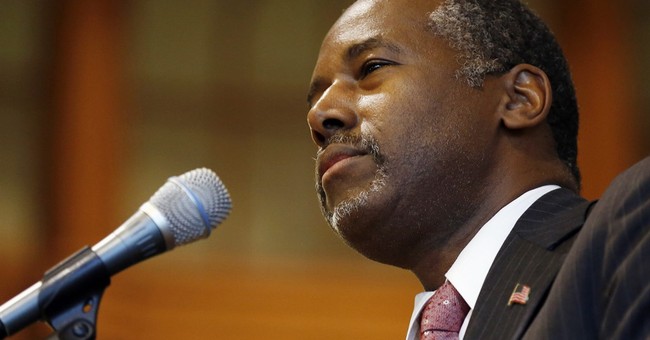 A few weeks back, Republican presidential candidate Ben Carson found himself deluged with mass hysteria when he dared to claim that Islam and the American political tradition were incompatible.

I noted at the time that Carson is correct, for Islam demands the universal imposition of Sharia law and, thus, theocracy. This, or so I naively thought, should suffice to show both how and why these two perspectives are not only mutually incompatible, but systematically incompatible.

Still, the self-declared nemeses of “Islamophobia” (or is it enemies of Ben Carson?) continued to make all manner of wildly ahistorical (albeit, politically-convenient) remarks, with some going so far as to claim that Islam, “in its original manifestation,” was federalist or libertarian!

Let’s see about that.

In order to know a thing or two about Islam, we must look, first and foremost, toward the Quran. Moreover, we must do our best to approach it from the vantage point, not of a contemporary Western ideologue who is seeking to conscript it in the service of a contemporary agenda, but of a devout Muslim.

The first thing of which to take note is that, contrary to what many Westerners assume, the Quran is not the Islamic equivalent of the Bible. As Islamic scholar Yusuf K. Ibish says: “It [the Quran] is not a book in the ordinary sense, nor is it comparable to the Bible, either the Old or New Testaments [.]” Rather, the Quran is to Islam what Christ is to Christians: “Christ was the expression of the Divine among men, the revelation of the Divine Will.”

The Quran self-identifies as the incarnation of the unaltered, uncorrupted Word of God.

Observes Nasir Hyseni, a Muslim convert to Christianity: “Even the Arabic language of the Qu’ran is considered an integral part of Allah’s word [.]” Thus, “Muslims consider the Islamic culture as of heavenly origin.”

This in turn means that Islam—which means complete, total submission to God in all aspects of life—can permit no separation, even in theory, between religion and government. It “is a political, cultural and religious system,” Hyeseni writes, of which religion is “a part [.]” Religious teaching is “viewed in Islam as a preamble to Islamic law, the Shariah” or “divine law [.]”

Fueling the belief that the Quran is the self-expression of Allah’s will is the fact that, unlike the Bible, the Quran lacks any narrative structure. This, however, also creates interpretive difficulties. Yet the Quran itself supplies a key to resolving these challenges: Muslims know it as the doctrine of “abrogation:” “Whatever communications We abrogate or cause to be forgotten, We bring one better than it or like it” (Sura 2: 106).

To put it simply, whenever a conflict arises between one Quranic passage and a subsequent one, the latter is to supersede the former.

Hyseni quotes an Islamic scholar, Zamakshari, who says that the earlier verse is “made to vanish” by God and is replaced by a new one “whenever the well-being (maslaha) of (the community) requires” this.

The Quran’s teachings—its “surahs” or chapters—parallel the phases of the rise of Muhammad, the Prophet, to power.

In the first phase, Muhammad and his overwhelmingly outnumbered band of disciples are chased from his hometown of Mecca when he initially declares himself to be Allah’s messenger. At this juncture, he implores his followers to refrain from “repel [ling] evil” with force. Of course, any such endeavor on their part would have been, in effect, suicidal.

The second phase occurs after Muhammad had fled Mecca for Medina, a city some 300 miles away. While in Medina, Muhammad manages to accumulate considerable power and influence, resources that he is determined to deploy with an eye toward taking hold of the city from which he was driven. Accordingly, the Quran’s teachings on tolerance and war change:

“Fight in the cause of God those who fight you…And slay them wherever ye catch them….” (Sura 2:190).

At this point, it’s true that the Quran commands Muslims to fight defensively. But once Muhammad and his army invade and seize command of Mecca, these older teachings are abrogated:

“But when the forbidden months are past, then fight and slay the pagans wherever ye find them, and seize them, beleaguer them, and lie in wait for them in every stratagem (of war).”

However, “if they repent, and establish regular prayers and practice regular charity [if they submit to Islam], then open the way for them” (Sura 9:6).

It is worth noting that while the Quran refers to Jews and Christians as “people of the Book,” of the Bible, it nevertheless includes them among the unbelievers upon whom Muslims must wage war.

“Fight those who believe not in God nor the last day…even if they are people of the Book, until they pay the jizya with willing submission” and “feel themselves subdued” (Sura 9:29).

The “jizya” is the money, the tribute, that non-Muslims had always been required to pay to their Muslim rulers in exchange for being permitted to practice their own religion free from harm or death.

Muhammad, the greatest of God’s prophets, the messenger through whom God Himself expressed His will, was a conqueror. The first biography of Muhammad (“The Life of Muhammad”), authored by Ibn Ishaq in the 8th century, informs us of how after the members of one of the Jewish tribes that Muhammad and his army besieged surrendered, “the apostle went out to the market of Medina…and dug trenches in it. Then he sent for them and struck off their heads in those trenches as they were brought out to him in batches.”

The women, children, and properties of the slain were then taken.

Quranic Islam is a seventh-century precursor to neither libertarianism nor left-wing “progressivism” nor any other contemporary Western ideology. It is what it is.

Unlike the comments of many of Carson’s supporters and all of his critics, my remarks here are not designed to either affirm or deny the value of Islam per se. Rather, by listening to the Quran in something like its own voice, they are intended to serve as an antidote to the PC bigotry that seems to inevitably engulf current discussions of Islam.

And when we actually step outside of our own present sensibilities, it becomes clear—for many, just too painfully clear—that, considered theoretically, Carson was correct: Islam and the Constitution (“liberal democracy”) are systematically incompatible.