Caitlyn Jenner: What a CONSISTENT Leftist Would Say--If One Existed 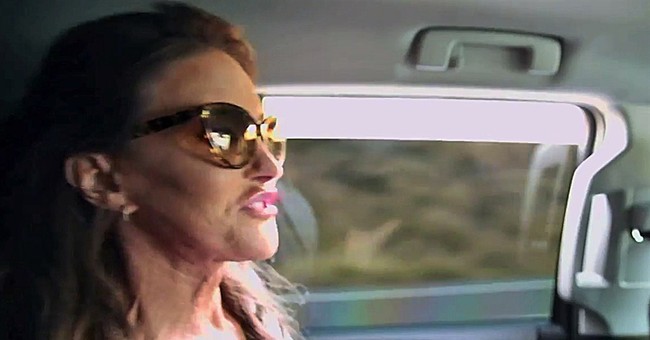 Below, I imagine what a self-consistent, a genuine, leftist would say about the state of our political world. Note, I must imagine here, for there are no genuine leftists. What I’m trying to show here is that the leftist or “progressive” worldview is, ultimately, a terribly inconsistent one. “Leon Marlensky”—an amalgamation of Leon Trotsky, Marx, and Lenin—is my invention. Yet if he existed, this is how he would have to argue.

To Those of You Who Claim to be Progressive:

No event in the pop culture more attests to the right-wing’s hold over it than the celebration visited upon the Bruce/Caitlyn Jenner phenomenon.

Notice, the narrative here—Jenner has all along really been Caitlyn, a woman trapped inside a man’s body from which she deserves to be emancipated—expresses the same mind-body dualism that has been used from at least the time of Plato to justify all manner of oppression.

From the perspective of this invidious ontology, a person is “essentially” his or her mind; he or she just happens to have a body. What this in turn means is that one’s body is fundamentally no different than any other object that one happens to own. And like any other object or thing that one owns, it is at the mercies of the mind’s desires.

“Feminists” have realized that the gender oppression that has defined Western civilization for all of its history ultimately turns on the binary opposition of mind/body, for mind has always been masculinized and the feminine, equated with mindless matter, subordinated to it.

However, what “feminists” give with one hand they take with another: No group of people have done more to entrench reactionary politics in America than “feminists.”

For starters, the very name “feminism” legitimizes the burdensome masculine/feminine distinction. In doing so, “feminists” as well legitimize the mind/body dualism that is the locus of the oppression that pervades Western structures of power.

Even beyond the name, however, “feminists” have perpetuated the subjugation of the estrogen-endowed, the environment, animals, plants, people of color, homosexuals, etc. by way of the standard argument that they use to substantiate abortion. When it is claimed that abortion is morally right because “women”—a word, like “feminine,” that denigrates for its implication that the estrogen-endowed derive both their being and their worth from men —“own” their bodies, it should be obvious that matter is once more trampled underfoot.

It isn’t, then, just the prenatal entity growing in the mother’s womb that now becomes but another commodity in a merciless capitalist system. Since land, water, air, animals, and plants are treated as manifestations of body or mindless matter, they too are now transformed into the properties of those who lay claim to them. If a woman owns her body and, thus, can and should be permitted to use it for whatever purposes she deems fit—including those purposes of self-mutilation (“sexual reassignment surgery”) or killing a fetus for occupying her body without her express “consent”—then nothing that lacks, or is deemed to lack, rationality is immune to the depredations of an avaricious mind.

There is another crucial respect in which Caitlyn Jenner’s public debut revealed the incorrigible bigotry against the chromosomally female that still saturates our culture: When Caitlyn debuted, she did so in such a way as to reinforce the most invidious stereotypes regarding “women.”

Caitlyn splashed her face and body across the cover of a tremendously popular magazine as a sex symbol.

As if matters weren’t retrograde enough, along with her collaborators at Vogue and to the satisfaction of her accomplices throughout the rest of the media and the popular culture, Caitlyn made sure that she exemplified a Eurocentric conception of beauty—the same conception that has been equated with Beauty itself and, thus, wielded as but another instrument in the degradation and humiliation of non-European peoples.

In affirming mind/body dualism—to repeat, the position that one’s true or essential identity is one’s mind—Caitlyn Jenner and her millions of admirers affirm another pernicious fiction that, unsurprisingly, is also traceable to the ancient Greeks: the dichotomy between nature and artifice. By insisting that she is really a woman, Jenner insists that she is essentially, by nature, a woman.

But gender identity is not a brute fact given by “nature.” Gender, by which we mean gender roles—it can mean nothing else—is a social construct. Self-avowed leftist progressives, before the Age of Jenner dawned upon us, claimed to know this. Yet if gender is socially constructed—and it is—then the gender-determinism on exhibit in the case of Jenner isn’t just nonsense; it is nonsense on stilts, to borrow Jeremy Bentham’s colorful phrase.

Caitlyn Jenner—it is no surprise that she is a conservative, Christian Republican—has scored a huge victory for the radical right-wing. Yet she never could’ve done it without faux leftists in her corner.